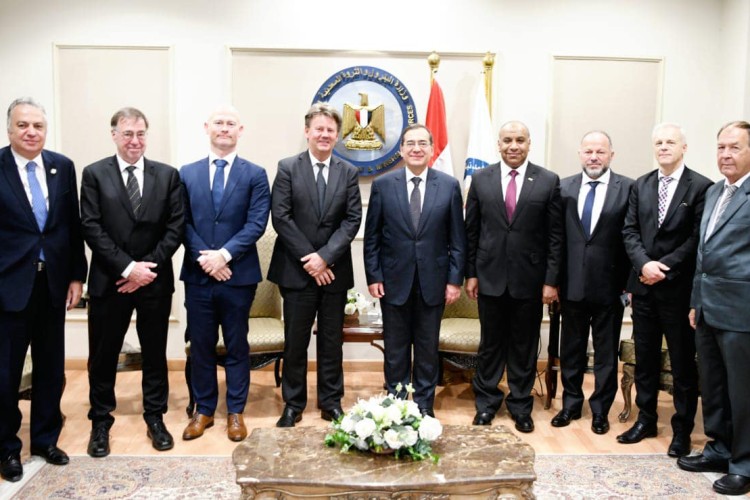 Minister of Petroleum and Mineral Resources Tarek El Molla met with the CEO of Aibel Mads Andersen and a delegation from the company, being a foreign partner with the Egyptian General Petroleum Corporation (EGPC) in the Egyptian Maintenance Company (San Masr).

During the meeting, El Molla pointed out that the active participation of ministers, global corporate leaders, and heads of international financing institutions in COP27’s Decarbonization Day drove the oil and gas industry to actively contribute to decarbonization and environmental preservation efforts.

El Molla stated that upgrading the maintenance system comes on the list of the petroleum sector’s interests due to its effective role in reducing emissions.

For his part, Andersen praised the success of COP27 and the emphasis on the importance of the energy transition while benefiting from new and renewable energy sources.

During the meeting organized by San Masr on the occasion of the “Silver Jubilee” and the 25th anniversary of its establishment in 1997 to become an effective partner in advancing the sustainable development of the petroleum sector and the national economy.

El Molla confirmed that the company is a successful model for partnership and fruitful cooperation between the petroleum sector and Aibel. He added that it was able to develop its business in light of the petroleum sector development and modernization program that was launched in 2016. The company succeeded in achieving great achievements inside and outside Egypt and became one of the most widely regarded international companies.

Andersen praised the successful partnership with the Egyptian oil sector and the investment opportunities it enjoys, highlighting the company’s desire to transfer its expertise to San Masr in the fields of green hydrogen projects, reducing carbon emissions, and renewable energy.