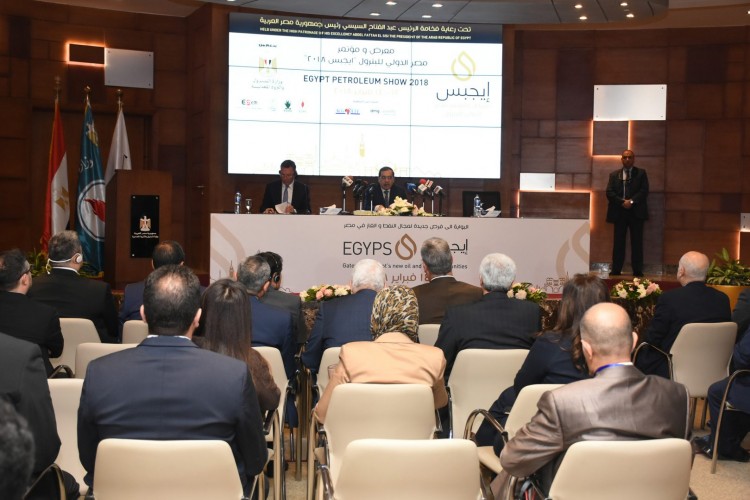 The Egypt Petroleum Show (EGYPS 2018), held under the patronage of H.E. President Abdel Fattah El Sisi and the auspices of the Ministry of Petroleum and Mineral Resources, is set to take place from February 12th–14th at the Egypt International Exhibition Center.

As the primary platform to highlight Egypt’s substantial progress and ambitious development plans in the oil and gas industry, this show brings together key ministers, government officials, and representatives of major global oil companies, in addition to national oil companies both locally and regionally, and leading technology and service providers.

Speaking at the pre-show press conference and emphasizing EGYPS’ strategic significance and the goals of its proceedings, H.E. Eng. Tarek El Molla, Minister of Petroleum and Mineral Resources said, “On the back of the tremendous success achieved by the first edition, we are very optimistic about EGYPS 2018. The show’s diverse participants and attendees and its unique features make us very confident that we are on the right track.”

This year has opened with numerous success stories for the oil and gas sector, that are driven by local and international efforts, according to El-Molla. “Our achievements to date span four mega projects. For the first time in years, we have added a capacity of 1.6 billion cubic feet of natural gas. Last week we celebrated the inauguration of Zohr gas field, and in the past months we have issued the new law regulating the gas market – one of the most important laws that will support the growth of the gas sector across all phases,” he noted.

“We look forward to strengthening Egypt’s positioning on the global industry map as a serious contender and a regional energy hub,” El-Molla further stated.

This second edition of EGYPS boasts a number of remarkable and innovative features, making it the prime destination for key regional and international investors to work hand in hand with the Egyptian government to expand its capabilities.

Christopher Hudson, President of dmg events Global Energy, said, “We are very proud to be the Egyptian government’s partner in success for the second year in a row. With significant developments in the industry and the country over the past 12 months, we see our role as even more crucial, in terms of bringing together industry professionals and setting up a show that is a strategic industry pillar in Egypt and the region, and which champions diversity and inclusion.”

El Molla continued, “EGYPS 2018 could not have come at a better time, opening further avenues to mutual long-term cooperation between the Egyptian government and major global industry players. This year, EGYPS is set to witness even bigger participation and will effectively showcase our success to the world, as well as our plans to continue to strengthen our achievements.”

Meanwhile, the “CEO Strategic Roundtables” will focus on the roles upstream, midstream, and downstream sectors play in helping the country achieve its sustainable energy development objectives. Equally of note is the “Finance and Investment Lunch Briefing,” connecting government representatives, NOCs, and IOCs with local and international banks, as well as private equity firms.

Continuing on the show’s additional features, Hudson said, “The technical conference will run parallel to EGYPS 2018 exhibition, encompassing 31 sessions that cover more than 11 technical disciplines, intended to tackle some of the most eminent matters in the energy sector.”

Hudson also referred to the “Women in Energy Conference” and its new “Women in Energy Awards.” The conference and corresponding awards reflect both the government and the industry’s commitment to inclusion and diversity and acknowledge the outstanding achievements and contributions specifically of women in the sector.

EGYPS 2018 will also feature the new “Security and HSE in Energy” conference, which comes at a moment when health and safety, as well as the security of human resources and infrastructures is more crucial than ever.

Overall, the show will host upward of 400 exhibiting companies and 11 country pavilions from the major oil producing countries of Bahrain (three exhibiting companies), China (ten), France (eight), Germany (three), Italy (15), Norway (12), Russia (20), Scotland (35), the United Arab Emirates (five), the United Kingdom (ten), and the United States of America (six). There will be more than 1,000 conference delegates present, in addition to the over 150 expert speakers taking part in more than 50 dedicated industry sessions. EGYPS 2018 is expected to draw over 15,000 trade professionals and attendees from the larger region and beyond.