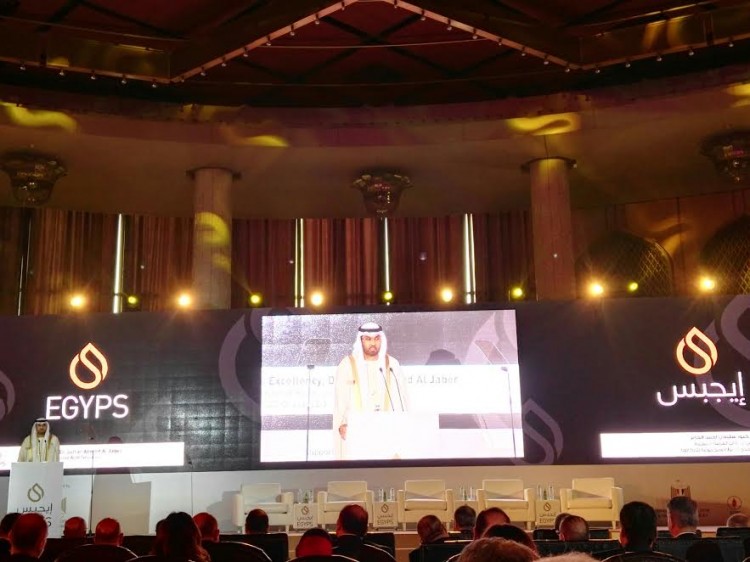 At Egypt Petroleum Show (EGYPS 2017), His Excellency Dr. Sultan Ahmed Al Jaber, Minister of State, UAE  and ADNOC’s CEO said in his keynote speech that “Egypt has proved it is a trustful partner in the energy sector through enforcing suitable financial policies and applying convenient legal and organizational frameworks that encourage IOCs such as BP, ENI, Shell, ExxonMobil, Dana Gas, and many other to be listed for investing in the oil and gas sector in Egypt,” reported Egypt Oil&Gas.

Dr. Al Jaber further noted that in 2015, the largest deposit of gas ever found in the Mediterranean Sea was discovered in Egypt’s territorial waters with estimated reserves of 30 tcf. This, together with the significant finds in the Nile Delta and the Western Desert have the potential to make Egypt not just energy independent, but eventually a net exporter of natural gas.”

Giving an overview on the global energy scene, he said: “Studies and researches show that the demand on energy will continue to increase at a rate not less than 25% by 2040. In order to meet the rising demand, an amount of $25 trillion should be secured in the coming time, according to the EIA estimates. To secure this supply, there is a necessity to establish new creative and fruitful partnerships among the governments, the IOCs and the funding bodies in this sector.”

Dr. Al Jaber concluded saying: “This is the right and the ideal time to pump investment in Egypt to secure sustainability of the progress.”

The distinguished keynote speaker of the event said that “holding EGYPS comes in line with the diverse and important developments and discoveries the Egyptian energy sector has been eyeing.”