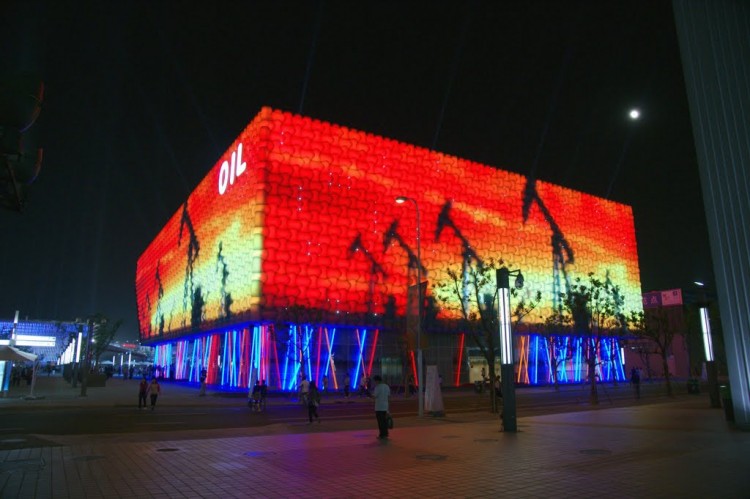 China is preparing to shuffle the leadership of its biggest oil companies, helping clear a path in a crucial area of the economy for President Xi Jinping as he plans his overhaul of the nation’s bloated state sector.

Changes to the top executives at China National Petroleum Corp., Sinopec Group and China National Offshore Oil Corp. could accelerate market-driven reform of the oil and gas industry. The new chairmen will also be challenged to steer the oil giants through Xi’s corruption crackdown, which has wracked the industry, and a tumble in global crude prices.

The departure of CNPC Chairman Zhou Jiping after two years in the job has been anticipated as he nears retirement. Most chiefs of state-owned enterprises step down at 63. The planned exit of Sinopec’s Fu Chengyu, who has led the company since 2011, may be more of a surprise after he was allowed last year to go beyond the designated age.

Former CNPC executive Wang Yilin will leave China National Offshore and take over as CNPC chairman, according to people familiar with the matter. He will be replaced by the company’s president, Yang Hua. Sinopec’s Fu will give way to Wang Yupu, deputy head of the Chinese Academy of Engineering. The changes could be announced as early as this week, according to local media.

“New leaders would have better opportunities and less of a burden to move the reform forward quickly, that is exactly what the leadership change is about,” said Gordon Kwan, Hong Kong-based head of regional oil and gas research at Nomura. It comes against a backdrop of “internal reforms, the overwhelming challenge of low crude prices and pressures from the sweeping anti-corruption campaign,” he said.

Spokesmen for the three companies in Beijing didn’t answer two calls each to their office lines seeking comment today.

What happens next to China’s energy sector is the subject of much speculation. CNPC and Sinopec Group’s listed units spiked on April 27 on rumors they could merge after a newspaper reported that China may cut the number of its state-owned enterprises to 40 from 112. In March, people familiar with the government’s plans told Bloomberg that reform could see companies bundled by industry and their control handed to state asset-management firms.

The reforms are part of China’s bid to bolster flagging economic growth and Xi’s insistence that market forces play a more decisive role. State-owned companies account for roughly a third of the economy and more than a quarter of them are loss-making, Barclays Plc analysts said in August.

Leadership changes in energy “signal that the central government wants to continue to deepen reform of the state-owned sector, and the change starts from the top,” said Willy Wo-Lap Lam, an adjunct professor at the Chinese University of Hong Kong. That could involve scaling back “the oil companies’ monopoly in certain areas little by little.”

A full-blown merger of CNPC and Sinopec is unlikely, according to some analysts, largely because of their size. CNPC’s listed unit PetroChina vies with Exxon Mobil Corp. as the biggest energy company by market value, while Sinopec is Asia’s largest refiner.

The two control most of China’s crude imports, most of its oil and gas exploration rights and pipelines, and over half of its petrol stations, suggesting a greater risk of inefficiency if combined. Any resulting job losses — PetroChina alone employs over half a million people — would also be difficult for the government to stomach.

Both PetroChina and Sinopec said last week they hadn’t been told of any merger plans.

Although pinned with an official demerit last year after a pipeline explosion killed 62 people in China’s eastern city of Qingdao, Fu was allowed to stay on as chairman of Sinopec for an unspecified period after reaching retirement age.

Under his stewardship, Sinopec was at the forefront of China’s push to restructure its state-controlled companies. His plan was to evolve Sinopec into a shareholding company with professionally-run, listed units handling businesses such as oil and gas exploration, engineering and oilfield services. He oversaw last year’s sale of 30% of its fuel retail unit to 25 investors for $17.5 billion, and stole a march on CNPC in the early exploitation of China’s massive shale gas reserves.

Further out, Fu’s vision as articulated earlier this year was to cut Sinopec’s dependence on fossil fuels and invest over the next decade in clean energy, environmental protection and new materials — an effort, according Shi Yan, an analyst at UOB-Kay Hian Ltd., to transform the company into China’s equivalent of U.S. chemicals giant DuPont Co.

What may have hurt Fu was news last week that his no. 2 at the company, Wang Tianpu, had been swept up in Xi’s anti-graft push. Until that point, Sinopec was much less affected by the corruption probes that had snared more than a dozen top CNPC executives since 2013, including Zhou’s predecessor as chairman.

Zhou’s leadership of CNPC has been blighted by those corruption investigations and the company’s association with its disgraced former head, Zhou Yongkang, the highest ranking member of the Communist Party to face sanction for graft. That forced CNPC to hunker down, although some progress was made on Xi’s reforms, with PetroChina opening up oil and gas fields in the west for joint ventures with local companies.

“Obviously, the new leaders would have passed the central government’s corruption screening, and they don’t have to face the kind of questions that many of the older generation faced when China’s anti-corruption push swept the industry,” said Nomura’s Kwan. “In that sense, the leadership changes also provide the oil companies with a fresh beginning.”