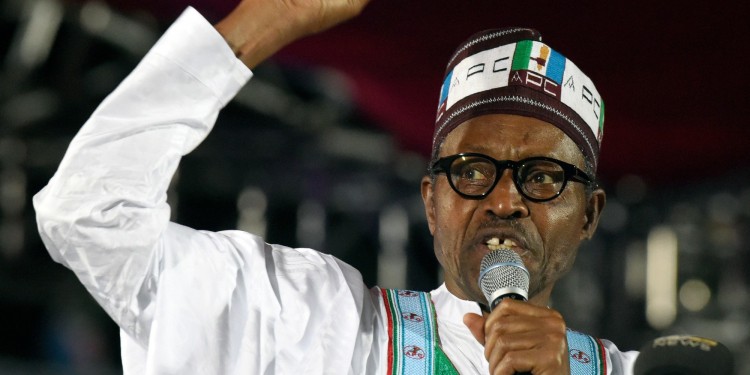 Nigerian President-elect Muhammadu Buhari’s administration will publish the full audit of the state oil company and expects it will need to repay the government more than previously recommended, his party’s policy director said.

Buhari’s All Progressives Congress believes the Nigerian National Petroleum Corp. may need to refund more than the $1.48 billion stated in the highlights of a PricewaterhouseCoopers LLP report released by the auditor-general in February, policy director Kayode Fayemi said Tuesday in an interview at his residence in Lagos, the commercial capital. Ohi Alegbe, a NNPC spokesman in the capital, Abuja, declined to comment.

“I have a figure that’s more than $1.5 billion that’s been talked about,” said Fayemi, a former governor of Ekiti state. “We’ve seen credible information that what PwC says is more than that. We will release the report. We’ll make it available to Nigerians as soon as we have full information on this.”

Former central bank Governor Lamido Sanusi was suspended by President Goodluck Jonathan last year after he alleged the NNPC hadn’t turned over about $20 billion of oil revenue to the government, which earns two-thirds of its revenue from the commodity. Sanusi, now the Emir of Kano, the West African nation’s second-highest Muslim leader, said last month that the issue wasn’t addressed sufficiently.

The oil company said the PwC report, which Jonathan’s government hasn’t published in full, absolved it of Sanusi’s allegations. It has started to refund the $1.48 billion, Petroleum Minister Diezani Alison-Madueke told reporters on Wednesday.

“NNPC will not be in the form or shape it’s currently in,” Fayemi said. “Some measure of unbundling will happen.”

During March elections, former military ruler Buhari, a 72-year-old northern Muslim, became the first opposition leader to oust a sitting president since the country’s independence from the U.K. in 1960. He will take power on May 29.

Buhari’s campaign focused on tackling corruption and Boko Haram’s insurgency. The Islamist group has killed more than 13,000 people, mainly in the northeast, since 2009. Nigeria is also battling graft, ranking 136th out of 175 countries in Transparency International’s 2014 Corruption Perceptions Index, in line with Russia and Iran.

The military’s failure to defeat the militants is an “embarrassment” and it will be “re-professionalized” after a government audit of spending, Fayemi said. Buhari told delegates at a conference of the Nigeria Labour Congress in February that he would investigate how the military spent $32 billion over five years.“Democratic control of the military is significantly lacking,” Fayemi said. “The leadership will change.”

Nigeria, Africa’s biggest economy and largest oil producer, has been battered by the 47 percent fall in Brent crude prices since a one-year peak in June. Economic growth will slow to 4.8 percent this year, about half the average of the last 15 years, according to the International Monetary Fund. The naira has weakened 17 percent against the dollar in the past six months, more than any of the 24 African currencies tracked by Bloomberg.

Leftist Government
Buhari’s government will be “clearly to the left” of Jonathan’s outgoing Peoples Democratic Party and may boost social spending, including on free school meals and care for the elderly, Fayemi said. The APC will be able to fund its plans by saving about 3 trillion naira ($15 billion) per year from plugging “leakages” and by improving non-oil tax collection, he said. “This will be deployed to the power sector, to the social safety net,” he said.

Nigeria spends as much as $7 billion a year subsidizing fuel, an expense several economists criticize. Even though the subsidies create “artificial” pricing at gas stations, there’s no guarantee the APC government will cut them, according to Fayemi.

“In the short term, I don’t see us removing any subsidy,” he said.
While the central bank’s independence is key, the new government will probably want it to focus less on developmental agendas such as funding agriculture and small businesses and more on pure monetary issues, Fayemi said.

System Stretched
The regulator “has undertaken a lot more responsibility than I believe it ought to,” he said. “It has become a be-all-and-end-all institution. It makes for less accountability in the system when you’re stretched that thin.”

Ibrahim Mu’azu, an Abuja-based spokesman at the Central Bank of Nigeria, didn’t immediately respond to an e-mail requesting comment.

Buhari captured 52 percent of total votes cast compared to 44 percent for Jonathan, a 57-year-old Christian from the south. The APC’s supporters have high expectations and they will quickly be disappointed if the party doesn’t fulfill its promises, Fayemi said.
“This excitement that we’re seeing is going to wear off if we don’t start delivering,” he said. “In six months or one year, the language will change.”