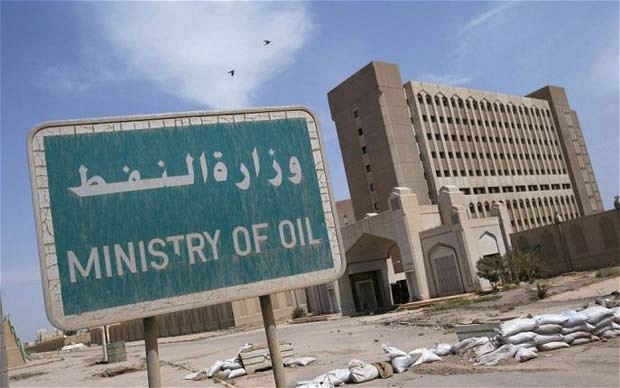 BP has cut its development budget for Iraq’s giant Rumaila oilfield by $1 billion this year after the government warned a slump in crude prices and its battle against Islamic State was making it difficult to pay oil companies.

The British oil major has agreed with Baghdad to reduce its 2015 spending on the country’s largest oilfield to $2.5 billion, from the initially planned $3.5 billion, an industry source familiar with the matter said on Monday.

But the arrangement has put Baghdad’s coffers under immense strain, as a dramatic drop in crude prices since last summer has hammered the revenue it receives from selling oil.

It came after the government – wary of a boost in production costs that would further stretch state finances – asked them to revise development plans by considering postponing new projects and delaying already committed undertakings.

The oil ministry could not be immediately reached for comment on Monday.

Production from Rumaila is expected to remain steady at around current levels of about 1.4 million b/d in 2015.

Foreign oil companies, already complaining of infrastructure constraints, say they see little chance of a rise in Iraqi production this year or even next.

Iraq’s inability to increase output as fast as it has previously announced could help ease the global oil glut more quickly than anticipated and thus support prices.

The OPEC producer sought to renegotiate the terms of its contracts with international oil companies.

In a series of letters sent to companies such as BP, Royal Dutch Shell, ExxonMobil, Eni and Lukoil since January, the oil ministry set out the need for change in response to “the rapid drastic decrease in crude oil prices”.

But global oil prices – which more than halved last year from a peak of around $115 a barrel in June – have since rebounded. They were trading at above $66 a barrel on Monday, up from $45 in January.

The rally is making the need to renegotiate contracts less urgent for Baghdad, oil executives say. The government is hoping that prices will rise above the $60-70 a barrel range by the end of the year end to potentially avoid the need to revise contracts at all, industry sources say.

However in the meanwhile, the executives say, there is a risk of long delays in the government paying foreign companies and approving field development plans.

“The problem is that the ministry of oil firmly believes that prices will pick up and this is the real problem, this is why things are delaying,” one executive told Reuters.

A second executive said: “They are hoping that all their problems will go away with the price of oil going up.

But the price of oil won’t go up.”

Industry sources said approvals by Baghdad for tenders to build new crude-processing facilities had already been delayed by up to six months in some of the main southern fields.

That was due to both the government’s lack of cash to repay companies for the cost of building projects and a cumbersome approval process for field development, the sources added.

The drop in oil prices means Baghdad is paying companies much more than it would under the production-sharing model followed elsewhere.

However, while Baghdad has sought to renegotiate terms, oil executives say it unlikely to switch to a completely different model – such as production sharing – any time soon.

Oil companies have presented various models for Iraq to consider but no response has been received so far, sources say.

“But they are not going to change the structure of the contract, I don’t believe that.”