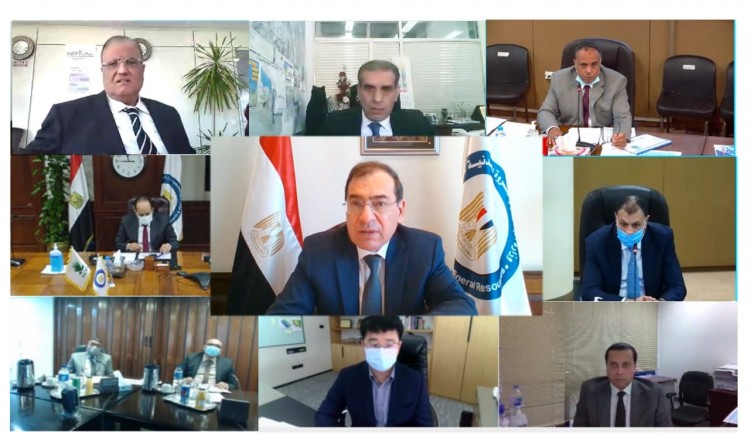 This was announced during the general assembly meeting of Bapetco, Rashid Petroleum Company (Rashpetco), and Burullus Gas Company, chaired by the Minister of Petroleum and Mineral Resources, Tarek El Molla, via video conference to approve the companies’ planned budget for fiscal year (FY) 2021/22.

Additionally, Rashpetco’s investments will reach $221 million in FY 2021/22, as the company is currently working on evaluating exploratory opportunities in the tenth stage and evaluating the Scorpion well in the Rashid concession area which showed promising potential.

El Molla assured that the petroleum sector implements an integrated strategy to intensify the exploration and production (E&P) of crude oil and natural gas. El Molla also stressed the importance of improving and applying health, safety, and environment standards in all petroleum operations. He also called for reducing costs, rationalizing expenditures, and increasing production rates.

During the meeting, the companies presented features of their planned budgets for FY 2021/22, which were presented by Salah Abdel Karim, Chairman of Bapetco, and Sherif Hasaballah, Chairman of Rashpetco.