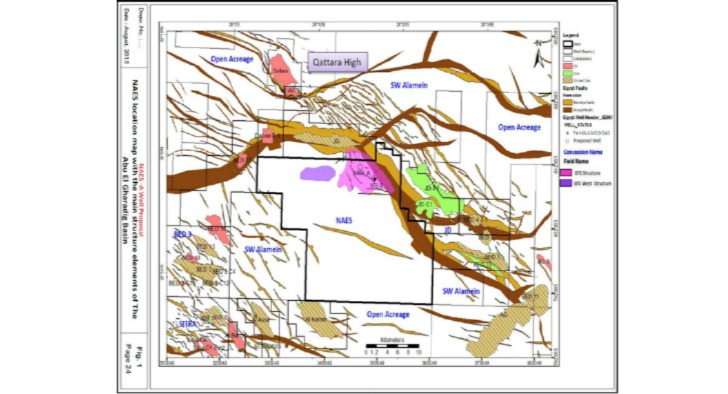 In a statement to Egypt Oil&Gas, Badr El Din Petroleum (Bapetco)’s CEO, Emad Hamdy, stated that the company is in talks with its foreign partner Royal Dutch Shell on linking production for a new discovery at North Alam El Shawish concession, BTE-2 well, to  Badr-3 gas process facilities that is located 40km away from the well. Bapetco will use one of the pipelines near the new well to transport gas from BTE-2 to the facility, where it will be mixed with process gas to meet standards set forth by the Egyptian government.

BTE-2 well is expected to produce 40mcf/d of gas during its first phase. During the second phase, the company will drill 6 development wells, as well as build facilities to move gas to the proessing facility at Badr3 and increase the capacity of the carbon dioxide extracting unit to be able to treat the gas produced from BTE-2 which is expected to reach 150mcf/d.

In August, Shell had discovered a new gas field in Alam El Shawish concession area in the Western Desert. Shell’s Chairman, Aidan Murphy, had stated that the new well (BTE-2) was estimated to contain 0.5tcf of gas, with the possibility that the quantities might increase, which made it the biggest gas discovery in the Egyptian Western Desert in the last few years.