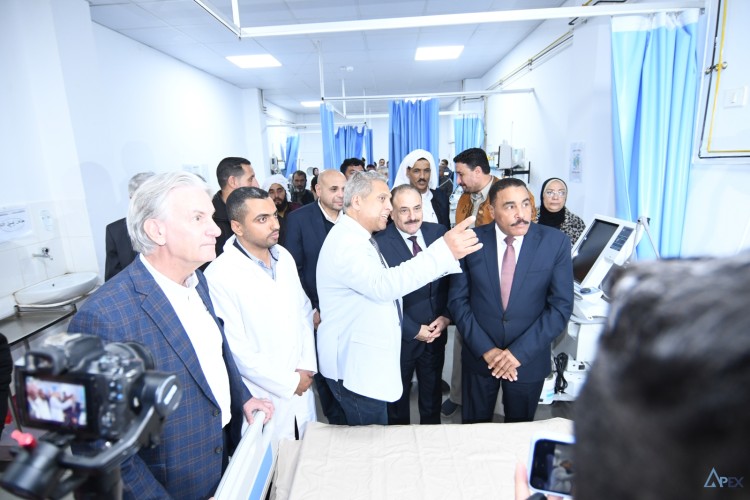 Apex International Energy announced an update on its assistance to the Ras El Hekma Central Hospital near the company’s operations in the Western Desert. During November and December 2022, Apex raised the hospital’s Intensive Care Unit (ICU) capacity and effectiveness while serving the community of Ras El Hekma by providing modern medical equipment for six ICU rooms.

The assistance was provided within the framework of the social responsibility role played by the petroleum sector, and under the auspices of His Excellency the Minister of Petroleum and Mineral Resources, Eng. Tarek El Molla. This framework is linked to the United Nations Sustainable Development Goals, and in this case the third goal of ensuring healthy lives and promoting well-being for all citizens.

Ras El Hekma Central Hospital was chosen for this project because of its proximity to the operations in the Southeast Meleiha Concession Area under the supervision of Farah Petroleum Company, a joint venture between Apex and the Egyptian General Petroleum Corporation (EGPC). The hospital provides medical services to the Bedouin residents in the villages of Ras El Hekma, Zawiyat Al Awam, Al Jufaira, Fouka, Hneish and Abu Marqiq. The hospital also receives more than 100 cases daily, in addition to emergency cases resulting from severe accidents.

During the official ceremony at the hospital on January 9, 2023, President & CEO of Houston, Texas based Apex, Thomas Maher, highlighted the company’s role in helping the Ras El Hekma Central Hospital meet the essential medical needs of the community, and supporting other initiatives that will benefit the Bedouin community in the region. He mentioned that Apex is committed to local community development in the areas where their employees and stakeholders work and live.

“Today Apex celebrates the delivery of this modern medical equipment to the Ras El Hekma Central Hospital Intensive Care Unit in their mission to serve a population of 50,000 area residents,” Maher stated.