Angola to Cut Budget by 25% as Oil Revenue Plunges 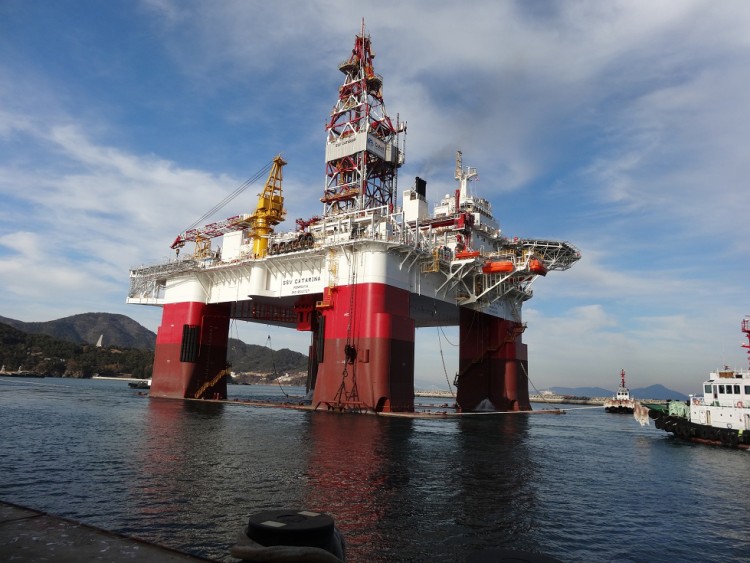 Projected oil revenue will decline to cover 37 percent of spending needs, down from 70 percent last year, Dos Santos said in an e-mailed statement on Wednesday. The Finance Ministry plans to cut expenditure by 25 percent to 5.4 trillion kwanzas ($51 billion) in a revised budget that’s set to be approved this month, it said on Feb. 7.
“The significant drop in the price of oil in the international market since November last year has greatly affected the revenue of the state,” Dos Santos said, according to state-run Jornal de Angola. He warned that failure to adapt to the new circumstances may undermine the “economic and social stability of the country,” he was quoted as saying in state-run Jornal de Angola.

Oil prices have slumped by more than half since June, threatening producers such as Angola, which relies on crude for almost all of its exports and more than two-thirds of government income. The national currency, the kwanza, has weakened more than 7 percent against the dollar in the past six months as foreign exchange becomes scarcer and the country imposes import quotas.

Borrowing Plans
The government’s proposed new budget slashes the oil price estimate to $40 a barrel from $81 a barrel, and cuts the fiscal deficit forecast to 6.8 percent of gross domestic product from 7.6 percent, the Finance Ministry said on its website. It cut the forecast for GDP growth to 6.6 percent from 9.7 percent, according to Jornal de Angola.

Revenue shortfalls will be made up for with internal and external borrowing, Joao Quipipa, director of international relations at the Ministry of Finance, said on Tuesday at a debt conference in Luanda, the capital.

Angola has made arrangements to borrow 882 billion kwanzas through treasury bills and bonds. It has tapped Goldman Sachs Group Inc. for a $250 million loan and to lead negotiations for as much as $1.5 billion in Eurobond sales. BNP Paribas SA and the Industrial and Commercial Bank of China Ltd. are also involved, according to a presidential order.

Political leaders including Isaias Samakuva of the National Union for the Total Independence of Angola, the largest opposition party, were quoted in Jornal saying they backed spending cuts.
Angola pumped 1.81 million barrels a day in January, according to data compiled by Bloomberg. The government targets average production of 1.83 million barrels a day this year.

The country must improve spending efficiency after being ranked last in an International Monetary Fund study of 104 countries last year, Nicholas Staines, the IMF’s representative in Angola, said last week. He said Angola should raise taxes, eliminate fuel subsidies and return to a fiscal surplus within a few years.