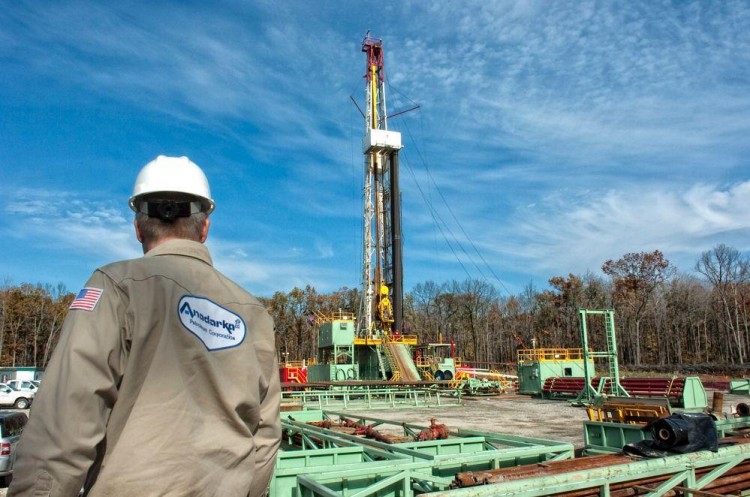 Exxon is seen as the front runner, and it would be its first big acquisition since the oil price collapse. The world’s largest oil firm has been expected to follow the example of Royal Dutch Shell, which agreed to buy BG Group for $70 billion last week.

Anadarko, which has opened its data rooms to investors keen to get a more detailed picture of its reserves, could sell up to its full 26.5 percent stake in Mozambique’s offshore Area 1 license in the Rovuma Basin, the sources said.

The last stake sold, 10 pct, went for $2.64 billion in 2013 to India’s ONGC, but that was seen as overpriced and oil and gas prices have since fallen sharply, making it hard to value Anadarko’s remaining asset.

Anadarko initially planned to build a major liquefied natural gas (LNG) export project in Mozambique fed by Area 1 reserves and targeting Asian markets, but the sale process calls that into question and suggests the task will pass to whoever picks up the stake.

Exxon, which operates a diverse LNG portfolio, is the likely front-runner after Shell dropped out following its planned merger with BG Group, which will give it access to large gas assets in neighboring Tanzania, according to one senior oil banker.

Three other sources said Exxon and Qatar Petroleum had visited Anadarko’s data rooms to get a closer look at reserve breakdowns and reservoir geology.

Anadarko said it does not comment on market speculation, as did Shell. Qatar Petroleum, which is itself consolidating after the plunge in oil prices, did not respond to Reuters requests for comment.

Plummeting oil prices may have pushed Anadarko to review one of its most prized assets, one of the sources said. But it is unclear if the Houston-based firm is in any hurry to reach a deal or if it plans to offload its full stake.

“There are variants” as to how much it will sell, said a banker.

It is not the first high-quality asset to go on the block. Last month Total put up part of its stake in the North Sea Laggan-Tormore oil and gas field to shed assets after the steep drop in oil prices.

“This is a $100 billion development that needs developers with significant cash,” one banker said, referring to the full long-term costs of developing the initial liquefaction plant as well as future planned capacity expansions.

“The Mozambique government realizes now that it needs to get a top player because if they get it wrong, the project can be delayed by five years,” he added.

Exxon Mobil’s success in starting up its remote Papua New Guinea LNG export plant last year ahead of schedule and its subsequent rapid ramp-up may make it a desirable partner for Mozambique, which also lacks much basic infrastructure, sources said.

There are also arguments in favor of QP.

“This could represent a good move for QP, the size and quality of the resource is analogous to Qatar’s North Field, there’s potential to target multiple markets from east Africa, and since Qatar came late to the LNG opportunity in the U.S. it’s a good alternative,” the banker said.

Already the world’s biggest LNG exporter, Qatar faces rising competition from Australia, which is set to overtake it as the No. 1 producer this decade, and the United States where booming supply has prompted several LNG export schemes.