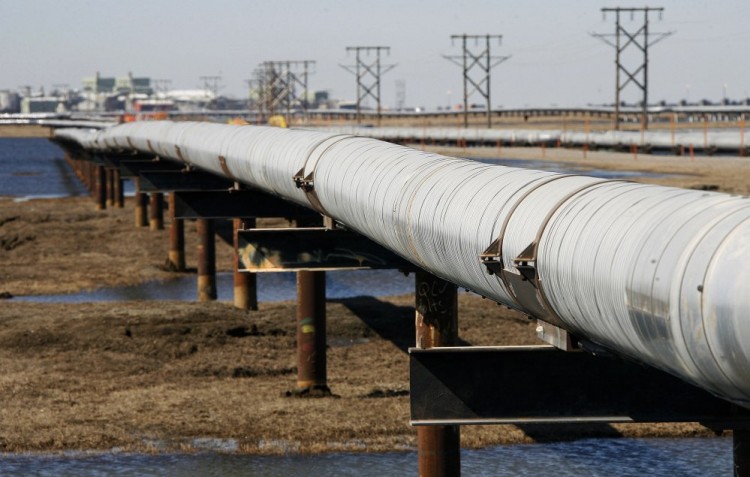 Prudhoe Bay is no longer No. 1 in the U.S. oil world, experts say.

The oil field, home to the huge hydrocarbon reservoir that inspired construction of the trans-Alaska oil pipeline and kicked off an economic boom that transformed the state, now ranks third in the nation for remaining oil reserves, according to a new Department of Energy report.

Dawn Patience, spokeswoman for Prudhoe operator BP Exploration (Alaska) Inc., said original oil in place was about 24 billion barrels. Of that, she said, the original projection was that 9.6 billion barrels would be produced.

Prudhoe Bay has slipped behind two Texas oil-field units that are at the forefront of the shale-oil revolution, according to the report, issued by the U.S Energy Information Administration, an agency of the Department of Energy.

The nation’s top oil field, in both remaining reserves and annual production, is Eagleville in Texas’ Eagle Ford Shale Play. That field, discovered in 2009, produced 238 million barrels in 2013, the EIA report said.

In second place is the Spraberry Trend Area, which produced 99.78 million barrels in 2013, the EIA report said. That field, a half a century old, has been rejuvenated by the same techniques and technologies that have allowed companies to drill for oil in previously uneconomical shales.

Prudhoe Bay, which produced 79 million barrels in 2013, was in third place in both reserves and output, according to the EIA list.

The ranking is based on proved reserves as of Dec. 31, 2013, said Steven Grape, the EIA analyst who compiled the report. “These proved reserves have not yet been produced but are 90 percent or more likely to be commercially produced at a future date,” he said in an email. The rankings do not consider past production, he said.

Remaining proved reserves in individual fields are not listed in the report. Instead, the EIA computed totals for each group of 10 oil-field units. The top 10 fields on the list had a combined 9.66 billion barrels in proven reserves yet to be produced, according to the EIA report.

For several years, Prudhoe Bay was the top field in this ranking, and it had the No. 1 spot in the EIA’s last Top 100 list, which used data from 2009.

The entire Greater Prudhoe Bay Unit — which includes several smaller fields that are managed with Prudhoe Bay — had produced over 12.5 billion barrels as of last February, according to the Alaska Oil and Gas Commission.

The extent of Prudhoe Bay’s remaining known reserves likely to be produced appears to be a subject of debate.

Now, with the 12 billion-barrel point passed, Prudhoe Bay still holds “significant resources,” she said in an email. “The advances in drilling technology and the use of enhanced oil recovery through gas injection have made significant improvements over the original estimated recovery. Who knows what future technology developments will bring.”

According to an estimate published a decade ago by the U.S. Geological Survey, the entire central North Slope — comprising Prudhoe Bay and all the existing fields — held about 7 billion barrels of proven reserves that had not been produced at the time. At the time of that 2005 report, the region held about 4 billion barrels in undiscovered but technically recoverable reserves, the USGS said.

Patience noted that the EIA report uses somewhat different definitions for cumulative production than those used by BP and by state agencies. And the EIA report combines conventional oil fields — of which Prudhoe Bay remains the biggest — and tight-oil fields, which include shale-oil formations, she said. In addition, the EIA report said it defined oil fields in ways that might be different from methods used by agencies in various states.

As for North Slope fields other than Prudhoe Bay, Alaska’s second-largest, Kuparuk, ranked sixth in the latest EIA report, the same spot it held in the 2009 report.

But other Alaska oil fields dropped several positions, or off the top-100 list entirely.

Nikiutchuq was the only Alaska field that rose in ranking, to 65th place from 74th in 2009. West Sak kept its 50th place ranking, according to the new listing.

The report included a list of top 100 U.S. natural gas fields, according to remaining reserves. Prudhoe Bay, in 10th place, was the only Alaska field on the list.

The report uses the Securities and Exchange Commission’s definition of proved reserves, which requires a producing well on site and development plans within a five-year window, Grape said.