Adnoc Concession Negotiations Seeking to Up Oil Recovery Rate to 70% 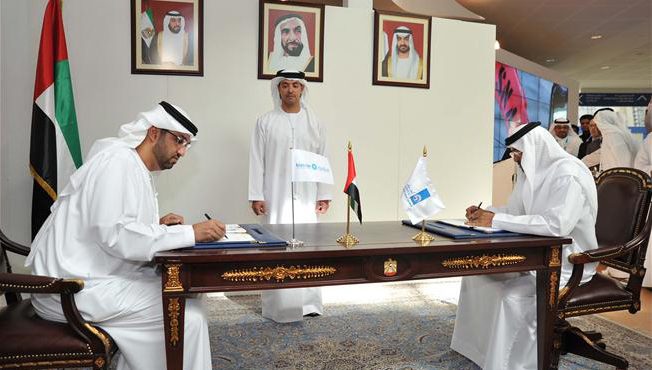 Abu Dhabi National Oil Co. is still in talks with international companies about concessions at the emirate’s largest fields and hasn’t set a deadline for deciding on the awards, Director General Abdullah Nasser al Suwaidi said.

Total SA is the only company to be awarded a stake in Adnoc’s new venture so far. The Paris-based company agreed to pay a $2.2 billion signing bonus for a 10% share in the onshore concession, two people with knowledge of the situation said in February.

Other companies “know what we have asked, and they bid,” al Suwaidi told reporters Monday at the Middle East Petroleum & Gas Conference in Abu Dhabi. “There’s no timeline,” he said. “Whoever meets our conditions will be considered.”

Abu Dhabi, capital of the United Arab Emirates capital and its biggest sheikhdom, holds about 6% of world oil reserves. It plans to boost capacity for producing crude oil to 3.5 million b/d in 2017 from about 3 million b/d currently, even as prices have dropped more than 40% in the past year amid a global supply glut.

Total, along with BP Plc, Royal Dutch Shell Plc and Exxon Mobil Corp. were all partners in a previous concession that operated the same onshore fields in Abu Dhabi for 75 years until it expired in January 2014. All four companies were among 11 that Adnoc invited in 2012 to bid for the new concession.

Adnoc is seeking to improve the recovery rate at its fields to 70%, or double the historical averages, Michael Townshend, regional president for BP’s Middle East business, said at the conference. “The challenge is getting to near perfection in reservoir management,” he said.

Townshend declined to comment on specifics of the bidding. Portugal’s Partex Oil & Gas, a fifth partner in the original venture, wasn’t invited to participate.

Exxon Mobil decided not to seek to renew its concession because the field is “low margin,” the company’s Chief Executive Officer Rex Tillerson said, according to the transcript of a March 4 analyst meeting in New York.