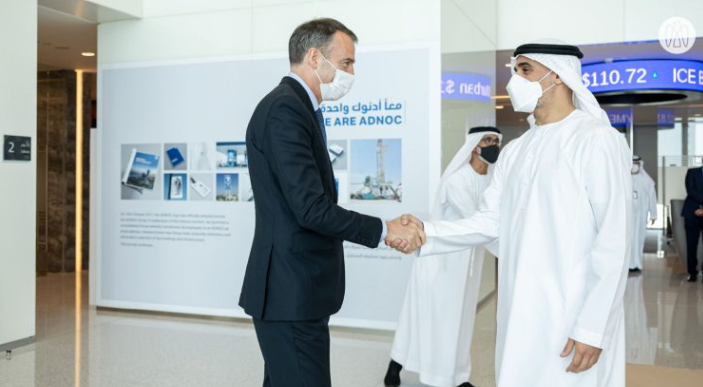 In a major step forward for its planned blue and green hydrogen developments in Teesside in the north-east of England, bp has strengthened its partnership with ADNOC and Masdar of Abu Dhabi.

Abu Dhabi National Oil Company (ADNOC), the UAE’s largest energy company, will have a 25% stake in bp’s blue hydrogen project, H2Teesside. ADNOC will also be investing for the first time in the UK with this project.

These two projects could meet 15% of the UK government’s recently increased 10GW hydrogen output target for 2030.

Mohamed Jameel Al Ramahi, Masdar’s chief executive, added: “Today’s announcements will strengthen the strategic partnership between Masdar, ADNOC and bp and continue to drive clean energy innovation for both the UAE and the UK. Masdar has been a long-standing investor in the UK’s renewable energy sector, and we will leverage our expertise in offshore wind and sustainable aviation fuels to support both nations’ energy transition while solidifying the UAE’s leadership position in the emerging green hydrogen economy.”