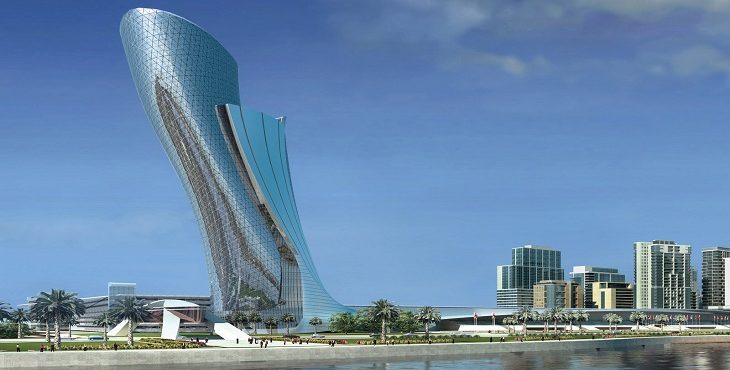 Fabulously wealthy Abu Dhabi is tightening its belt as low oil prices slash its export revenues – a sign that even the richest economies of the Gulf are not escaping the impact of cheap oil.

The emirate of about 2.4 million people is under no serious financial pressure; with the assets of its top sovereign wealth fund, Abu Dhabi Investment Authority (ADIA), estimated at over $770 billion, it can cope easily with a near halving of its oil earnings since last June.

Abu Dhabi is still spending on prestige cultural projects such as a branch of the Louvre museum, estimated to cost hundreds of millions of dollars, as well as transport infrastructure, expansion of its oil industry, housing and high-technology projects designed to diversify the economy beyond oil.

But while secrecy surrounding Abu Dhabi’s government budget makes it impossible to discern some details, patterns of state spending have shifted in the past nine months, bankers and businessmen say.

Less money is going towards high-profile investments abroad and there is a renewed emphasis on developing the domestic economy; at the same time, some domestic projects viewed as less vital are being delayed or, in a few cases, cancelled.

“Some belt-tightening in a low oil price environment is normal, and it seems the days of aggressive shopping overseas are done for now,” a source familiar with the emirate’s thinking told Reuters.

“The focus is on local developmental projects – oil and gas, industry, tourism, infrastructure, to create jobs and boost the economy,” he said, declining to be named because he was not authorised to speak publicly to media.

The Abu Dhabi government communications department said in an emailed statement that its strategic and development objectives continued to drive its plans, and had not been affected by cyclical changes in the energy market.

“The state-owned companies will continue their activity in accordance with their investment policies and established framework,” it said.

Abu Dhabi’s oil costs relatively little to produce per barrel, so the emirate is riding out the downturn in oil prices more comfortably than most economies in the region.

National Bank of Abu Dhabi, the emirate’s biggest bank, estimates that even if Brent crude oil averages $55 a barrel this year, Abu Dhabi will run a fiscal deficit of just 2.5% of gross domestic product and run down net foreign assets by only $8 billion, to $733 billion.

Brent oil is currently around $65, a level at which Abu Dhabi would enjoy a small budget surplus, NBAD calculated.

But with the long-term outlook for oil unclear, officials holding the purse strings are emphasising prudence. New foreign investments have not completely ceased – in April, ADIA agreed to buy 50% of three Hong Kong hotels for US$2.4 billion – but several Abu Dhabi investment vehicles have become less active abroad.

Abu Dhabi National Energy Co, the state-owned explorer and power supplier which has invested across the world, said in April that it would slash its capital expenditure budget for this year by 39%.

State fund Mubadala, which invested billions of dollars abroad in 2013 and 2014, has not announced a single major foreign investment so far this year.

Even fast-growing Etihad Airways, which bought 49% of Alitalia last year after investments in Air Berlin , India’s Jet Airways and others, appears to have halted any further acquisitions.

“We said when we announced the Alitalia transaction we had no plans for further equity investments. This remains the case,” an Etihad spokesman said.

At home, some smaller vanity projects have been slowed, put on hold or scrapped. Last month, authorities closed down the Abu Dhabi Film Festival, which had run annually since 2007; they said they intended to refocus on other initiatives.

“We’ve been successful with some projects but certain projects have been at the tender stage for more than one year. We’re continuously re-issuing the tender validity and bond.”

Bank of America Merrill Lynch said in a report: “Although the budget has not been published, it is our understanding that the Abu Dhabi government is in the process of modestly rationalising spending.”

It suggested that if oil stayed low, Abu Dhabi’s aid to other countries or to poorer members of the United Arab Emirates could eventually be cut back.

“Strategic projects are likely to proceed and support non-oil economic activity. Non-essential spending areas such as foreign grants, or net loans and grants, and federal transfers could instead be scaled down, we think.”