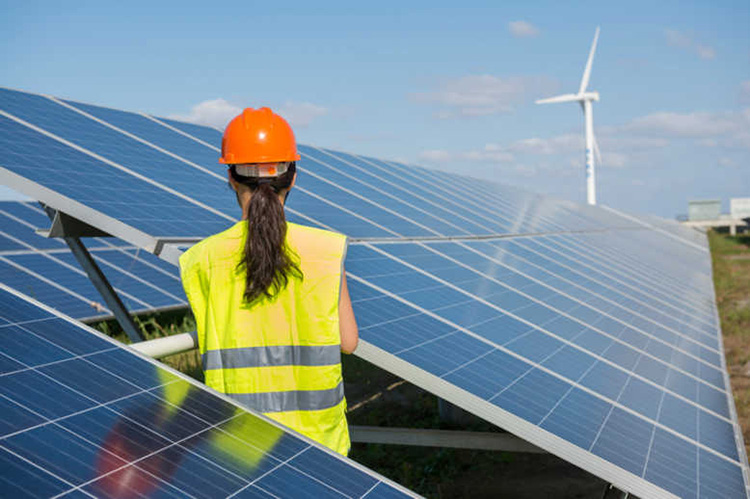 The third edition of the Egypt Petroleum Show (EGYPS 2019) was closed on February 13 with the Women in Energy Awards, which recognized the achievements of women in the oil and gas sector and highlighted the sector’s continuous effort towards gender equality.

“We are proud to say that in the oil and gas sector 30% of our leadership are women, and this is quite a significant number,” Minister of Petroleum Eng. Tarek El Molla, said as he opened the Awards ceremony.

Minister of Planning, Monitoring and Administrative Reform, Dr. Hala El Saeed, also delivered a speech in which she stressed that gender equality is an integral element within the 17 objectives of Egypt’s Vision 2030, and the country has already witnessed many achievements.

“The Egyptian cabinet increased the numbers of female ministers to eight, accounting for one quarter of the entire cabinet. Also, the share of women in the parliament has increased to 15% – a giant leap to the 2% in 2012,” she said.

The Women in Energy Awards were divided into four categories. The Women in Leadership Award, addressed to women with successful corporate careers and significant contribution to the industry, was awarded to Azza Kamel, Chairman Assistant for Exploration at Wasco Petroleum Company.

The Nex-Gen Female of the Year Award, which honors the contributions of young and upcoming future leaders, was awarded to Sara Mansour, Instrumentation and Control Engineer at Egyptian Natural Gas Company (GASCO).

New for the 2019 edition, the STEM Star of the Year Award, which acknowledges high-potential science, technology, engineering and mathematics (STEM) female university students with an interest in becoming future oil and gas leaders, was awarded to Nadine El Tanahy from the American University in Cairo (AUC).

The awards ceremony was concluded with the Employer of the Year Championing Inclusion and Diversity Award, which celebrated regional oil and gas companies that promote gender diversity and inclusion within the sector. ExxonMobil was the winner in this category. 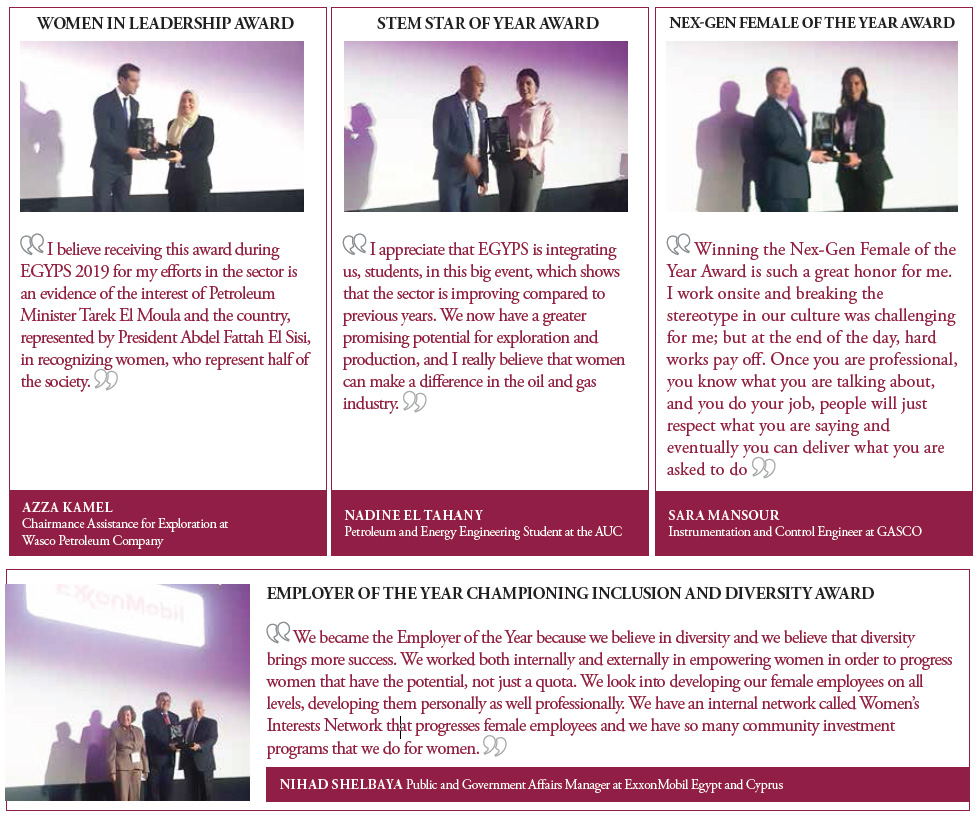