Will Foreign Investments Tip the Scales for Egypt’s Oil Industry? 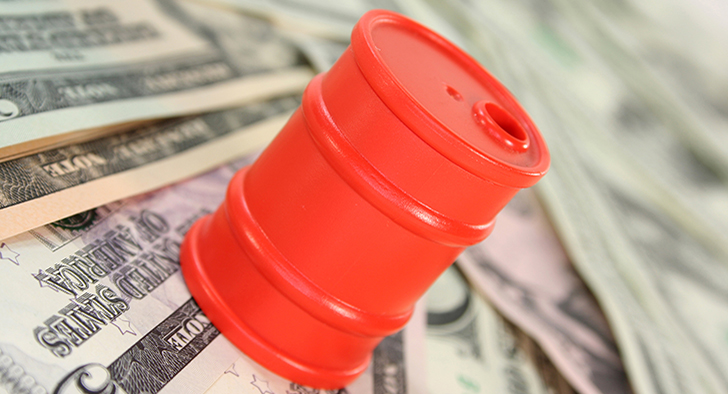 Five years of political instability and internal struggles have dealt a huge blow to the already fragile Egyptian economy. A reality that manifested itself in the dwindling foreign currency reserves of the Egyptian state, threatening pay debts its capacity to import goods and to foreign partners.

The March Economic Summit was a manifestation of the former. Egypt bringing world leaders and CEOs together in Sharm El Sheikh to enhance its reputation as a business friendly country, and sign investment deals. Thereby, the new investment law is aimed at easing the legal and administrative barriers for foreign investments.

Meanwhile, the Ministry of Tourism has stepped up efforts to revive tourism, which prior to the revolution was a very important pillar of Egypt’s economy. Strict travel advised by foreign countries were initially eased, and several campaigns, such as ‘Egypt Live the Magic’, and ‘This is Egypt’ were launched to put Egypt back on the map as a prime tourism destination. However, two major incidents have put the tourism industry back on the brink. In September, 10 Mexican tourists were mistakenly killed by the army, who had confused them for terrorists, in the Western Desert. In October, a plane carrying Russian tourists crashed in Sinai, killing all its 224 passengers. Extremist group ‘Islamic State’ claimed it had planted a bomb on board. While Egypt still doubts this, Western countries and Russia do consider a bomb as the cause of the crash, and temporarily suspended flights to Sharm El-Sheikh.

It remains vital to revive Egypt’s tourism sector as soon as possible, but due to these incidents it is unrealistic that tourism be the sector that lure in the urgently needed foreign currency, therefore, eyes are now on investments.

Several sectors have great potential for Egypt in terms of investments, such as real estate and agriculture; however, one stands out: The oil and gas industry.

Natural gas reserves stood at 77 tcf in January 2015, excluding the recent discovery of the giant gas field in the Mediterranean by Italian company Eni. Egypt used to be a gas exporting country, exporting 15,700 mcm on a production of 47,800 mcm in 2007; however, due to increased domestic demand and a decline in production over the past years, the country was forced to start importing LNG in 2015 to meet domestic demands.

The problem is not confined to the exploration capacity; also refining capacity has declined by 28% from 2009 to 2013. Oddly enough, as a country with significant oil and gas reserves, the historical low oil prices have a benefit for Egypt in terms of imports. On the other hand, several tenders for oil and gas companies in ten areas were postponed due to the fall in oil prices last December.

In any case, halting the decline in production, and turn it into an increase, is of great importance to improve the state’s fiscal situation, and subsequently boost the economy. In order to do so, Egypt needs foreign partners to invest in its production facilities.

Conversely, a significant contributor to the declining production is believed to be foreign companies holding back investments, due to outstanding debts owed from the Egyptian state. These debts in return stem from the liquidity shortage the country is suffering from. If Egypt wants to move forward, this cycle needs to be broken.

The government seems to be aware of that. It has put great effort to pay debts to foreign partners, and at the same time lure in further investments to boost its production facilities.

In December 2014, then-Petroleum Minister Sherif Ismail said debts to foreign companies had decreased to $3.1b, after payments in December 2013 amounting to $1.5b, $1.4b in October 2014, and $2.1b December 2014. Unfortunately, since then the situation has not changed much, with $3b outstanding debts at December 2015, registering a new rise after standing at $2.7b in October 2015.

Minister of Petroleum Tarek El Molla is aware of the threat outstanding arrears present. As minister he continues the path he set as chairman of the Egyptian General Petroleum Cooperation (EGPC): Lure in foreign investments to provide the necessary impulse for the industry.

In a January statement the Ministry of Petroleum said investments in the oil and gas sector were expected to exceed $7b in the fiscal year 2016/2017, and agreements were signed with 63 companies for exploration, with total investments of minimum $14b.

Moreover, Egypt is eyeing to exploit deep-water fields in the Mediterranean, most notably the Zohr field, discovered by Eni last August. The Italian company announced that the ‘super giant’ gas field may hold 30 tcf of gas, equivalent to 5.5b bbl of oil making it the largest ever in the Mediterranean. Investments to develop the field are estimated at $12b. In mid-February, Eni had invested its first $4b in developing four wells.

The ministry in cooperation with foreign partners plans to implement five new deep-water exploitation projects, including Zohr, over the next five years, with investments totaling $35b.

Besides the Zohr field, Eni had already signed a $2b agreement in June 2015 for other fields. Another $2b deal was sealed in November. Considering the strong business ties between Italy and Egypt, besides Eni also for example Italcementi.

Next to Eni, the other major international players in oil and gas exploration in Egypt are BP, Apache, and BG. In the near future, the Italian company Edison could join these companies as it is expected to announce a new major gas discovery.

At the Egypt Economic Development Conference in March 2015 BP signed a deal to invest $12b over the next four years in developing gas resources in the West Nile Delta. Production is planned to start in 2017; in addition, BP signed a Heads of Agreement in November 2015 to develop the offshore Atoll field.

According to BP’s official website, the company produces almost 10% of Egypt’s annual oil production, and 30% of the country’s gas production.

In addition to the major international oil companies, another stream of oil money flows to Egypt from the Gulf. Besides direct Gulf support of up $30b in cash deposits, loans and petroleum shipments over the past 2.5 years, King Salman of Saudi Arabia has recently ordered $8b worth of investments in Egypt’s oil industry. The details of the investment remain yet unclear.

The question is, will it be enough? However impressive investment announcements may look, it still remains hard to believe that they will reach their full potential. With the low oil price, companies are cautious with expenditures.

Again, Egypt is looking to Saudi Arabia. Both countries are in negotiation of a five-year agreement to provide Egypt with petroleum products to meet its demands. The terms of the agreement would be generous for Egypt, with a long-term repayment schedule and low interest rate. This way, at least Egypt doesn’t need to spend more of it’s spare foreign money to fulfill its domestic petroleum needs.

Saudi Arabia resources are however not endless either, harmed by the low oil prices, costly war in Yemen, and entry of Iran as an oil producer in the international markets. The Kingdom seems so far hesitant to move forward with the deal, with a meeting between Egypt’s president Al-Sisi and King Salman being postponed to April. In the meantime, Saudi Arabia is to provide Egypt with 800,000 tons of petroleum products per month, over a period of three months.

Egypt’s potential is great, but in the coming period it will still have to balance with multiple stakeholders to keep its head above the water. Willingness of foreign companies, as well as readiness of Gulf countries to keep oil and money flowing towards the country will remain crucial.