Waste-to-Energy for a Sustainable Future in Egypt 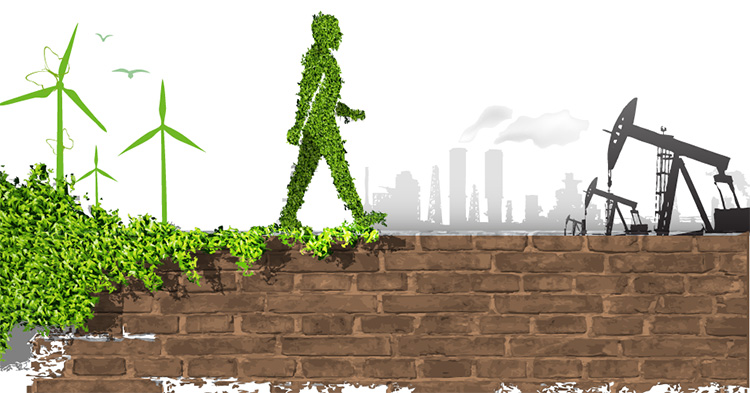 Faced with a growing population, securing energy supplies has become one of Egypt’s biggest priorities. Because of this, the past few years has seen the country importing large amounts of energy from different sources. Egypt has also been experiencing difficulties dealing with the growing amounts of waste produced by the increasing population. With the government’s plan to become a regional energy trading hub, acknowledging waste as an accessible source of energy is becoming necessary. Hence, Egypt has been reviewing tariffs for energy produced from waste in order to encourage waste-to-energy projects for generating sustainable energy.

Egypt produces huge amounts of solid waste that can be reused or recycled. Waste that cannot be recycled is processed to decrease its volume and toxicity, and for energy generation. “Egypt has a golden opportunity to capitalize on creating energy from waste, which would be aligned with the new energy strategy of the Egyptian government in which it targets to diversify its energy mix portfolio by adding energy recovery channels to the existing renewable energy projects,” expert in waste management and alternative fuels, Omar M. El Hassanein, told Egypt Oil & Gas.

Energy produced from waste comes from two sources: refuse-derived fuel (RDF) and solid recovered fuel (SRF). “While an RDF might have a good calorific value and low chlorine content, clients can never be sure of its composition, because it is not tested and evaluated in an appropriate and standardized way,” wrote Geert Cuperus in an article entitled ‘The Difference between RDF and SRF’. The RDF “poses a risk for producers and users of these fuels as human health and equipment may suffer from certain, sometime hazardous, components in the fuel,” Cuperus explained.

Meanwhile, SRF is acknowledged to be safer as it is produced from non-toxic waste in compliance with  European standards, according to Cuperus. Hence, it is important to ensure that safer SRF quality waste is used to produce energy.

There are two available methods used to treat waste: the thermal method – which uses heat to reduce its mass – and biological treatment.  “Thermal treatment processes can reduce the solid waste going into a landfill by as much as 80–90% in volume and 65–75% in mass,” Mohamed Ibrahim Mohamed Ibrahim and Nanis Abd El Monem Mohamed stated in their article, entitled ‘Towards Sustainable Management of Solid Waste in Egypt’. Thermal treatment is accomplished either by incinerating the waste or through “pyrolysis and gasification” in which organic waste is decomposed in a high temperature, low oxygen environment. The biological treatment involves decomposing organic waste, either by composting or by anaerobic digestion. Anaerobic digestion involves decomposing waste using only bacteria, and is a method used in the production of biogas.

“The best technology for Egypt would be anaerobic digestion, given the lack of a sufficient gate-fee, the significance of the waste problem on the national level, and the capital expenditure per unit of energy produced,” El Hassanein told Egypt Oil & Gas.

Egypt has great quantities of agricultural wastes, including rice straw, cotton stalks, and maize cobs, which are being shredded. According to bioenergy expert Salman Zafar, this waste could be used to secure bioenergy. “In the agricultural sector, one possible solution to processing crop biomass is co-digested together with animal manures, the largest agricultural waste stream,” he wrote to another publication .

Using crop wastes with manure prevents imbalances. “In co-digestion of plant material and manures, manures provide buffering capacity and a wide range of nutrients, while the addition of plant material with high carbon content balances the carbon to nitrogen (C/N) ratio of the feedstock, thereby decreasing the risk of ammonia inhibition,” Zafar explained.

However, biogas remains a fringe means of electricity generation in Egypt, El Hassanian tells us. “The only biogas project in Egypt so far is in Beheira and it produces electricity from one determined waste source, which is water treatment plants. It produces methane through anaerobic digestion of the waste source and converts it into biogas,” he said.

The Egyptian Ministry of Electricity and Renewable Energy aims to produce around 55% of the country’s energy from renewable resources by 2050. Egypt has many sources of solid waste, which makes it a potentially attractive market for investors who can generate and sell energy from waste. To ensure that profit margins are sufficient to attract investors, the Ministry of Electricity and Ministry of Finance have been negotiating waste-to-energy feed-in tariffs (FiT) with investors.

In April 2018, media quoted Minister of Environment Khaled Fahmy stating in a parliament meeting that the waste-to-energy FiT had been agreed. The Ministry of Electricity will pay EGP 1.03 per kWh and there will be a price variance that will be paid through a fund established for that purpose. Earlier in February, media published that the Egyptian cabinet approved some tariffs that were pending parliament approval. According to the cabinet’s draft, energy generated from household waste would be purchased for EGP 1.6 per kWh, while energy produced from burnable agricultural wastes would be sold for EGP 1.3 per kWh, and energy produced from animal wastes and biogas would be purchased for EGP 1.45 per kWh.

“The new waste-to-energy (FiT) is a good start for the government to attract the private sector in solving the waste problem on the national level; however, the FIT is not sufficient to cover the capital expenditure requirements of such projects without a gate-fee system,” El Hassanein explained.

Egypt plans to establish its first nuclear power plant in El Dabaa city by the year 2028. The country will be producing nuclear waste that require very specific methods of handling. The country can use this waste in order to generate more power.  Uranium isotopes continue to be present within used nuclear fuel. These, as well as plutonium isotopes found inside the reactor, can be processed and used to generate additional energy. “Reprocessing allows for a significant amount of plutonium to be recovered from used fuel, which is then mixed with depleted uranium oxide in a MOX fabrication plant to make fresh fuel,” according to the World Nuclear Association.

Egypt may be able to export nuclear wastes to other countries that have the facilities to reprocess these wastes and reuse them in nuclear reactors. The IAEA, however, imposes strict controls on the export of nuclear material. In addition, many countries refuse to import radioactive waste, while some (such as France, Russia and the UK) import fuel for reprocessing.

In order for Egypt to build a sustainable future through the waste-to-energy industry, the country needs to attract further investment from private sector companies. Egypt needs to agree with investors on an attractive FiT. In addition, the country needs a clear legal frame for the waste management sector. Managing waste is vital for the waste-to-energy industry. However, waste management is challenging due to “the lack of effective legislations, a coherent and direct legal framework, in addition to the limited funds and the inability of municipal authorities to provide reliable services cost-efficiently,” according to Mohamed Ibrahim and Nanis Abd El Monem Mohamed.

It is not only important to encourage waste management investments through legal frameworks, but it is of a great value to attract funds through a stable framework for the waste-to-energy industry. “The Egyptian government is working hard on re-organizing the waste industry and providing the adequate legal and institutional framework for attracting private sector investors; the financing of such projects is available from local banks and international financial institutions,” El Hassanein, said. “However, the proper commercial framework is yet to be implemented in order to guarantee the survival of the model. Without a gate-fee for waste-to-energy projects, the model is just not feasible,” he added.

The waste-to-energy industry is a good way for managing Egyptian waste. Investing more in the industry will help Egypt achieve its energy mix plans, and reach a future built on sustainable means of generating energy. While the Egyptian government is taking steps to attract investments in the waste-to-energy field, there remain several important financial and legal aspects to be tackled.