Understanding the Prospects of Natural Gas Vehicles in Egypt 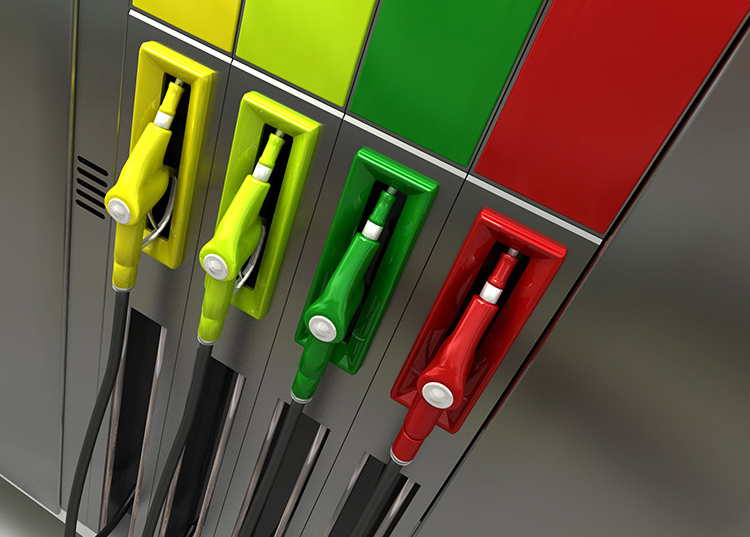 The Egyptian cabinet announced in June the cut of fuel subsidies as a move to reduce the country’s budget deficit. The increase in benzene and diesel prices following the cabinet’s decision led many citizens to look for natural gas as a cheaper alternative of fuel.

An estimative released by the Egyptian International Gas Technology Company (Gastec) indicated a 250% increase in the number of car conversions to natural gas after subsidies were lifted, an average of 35 cars per day, according to Gastec’s Chairman, Hesham Redwan.

Although shifting cars to run on gas has a considerable high price, which ranges between EGP 5,000 and EGP 11,000 depending on the gas cylinder, according to Ahram Weekly; in addition to long-term benefits to the environment, citizens’ pockets, and the overall economy turn natural gas into an interesting source of power for cars.

When a driver arrives at a filling station, the difference between natural gas and petrol prices is clear: while conventional fuel prices remain at as much as EGP 5, natural gas costs around EGP 2. The significant difference is highly attractive for those who have been affected by the price increase in the energy sector. However, a larger quantity of gas is required to produce the same amount of energy of a fuel tank, which leaves some customers wondering if the cheapest price is still worth it when compared to natural gas vehicles’ (NGV) driving range.

Although the shortest range poses some disadvantages, such as the need of refueling more often and less room in the car in case of larger gas cylinders to cover a biggest mileage, the overall price of natural gas remains cheaper than conventional fuel. “Converting my car to run on natural gas will save me more than EGP 1,000 a month,” Ahmed Salem, a 40-year-old employee, told Al-Ahram Weekly.

Since 2014, the price of oil barrels has been suffering from a severe downturn as supply has overcome oil demand. To put prices back on track, the Organization of the Petroleum Exporting Countries (OPEC), in a partnership with non-OPEC members, established an outstanding agreement to cut oil production in 2017. Although oil prices increased during the year, the efforts of the OPEC-led deal were constantly beaten by the large shale production in the United States, which brought many ups and downs to oil barrel prices and, subsequently, oil derivatives.

The price of natural gas, on the other hand, has remained constant amid the oil price oscillations, which is a very convenient advantage for NGV. “Historically, natural gas prices have exhibited significant price stability compared to the prices of petroleum-based fuels. This stability makes it easier to plan accurately for long-term costs”, William Harris wrote to How Stuff Works website.

The Dilemma of Importation

Although Egypt was a great exporter of natural gas, the country became a net importer after the demographic expansion led to an increase of local gas demand. The need of reducing the federal government’s costs, which became evident when the cut of subsidies were announced, rises a concern on whether natural gas cars would actually increase the consumption of a product that is already highly imported, which would bring a subsequent hike in Egypt’s expenses and a reduction in the foreign currency available in the country.

However, the percentage of natural gas usage for transportation is not significant compared to other sectors. In 2012/2013, gas utilization as fuel for vehicles reached 0.4 million tons, “representing only 1% of total natural gas consumption by all sectors during the same year,” Hamed Konkor pointed out on his case study “Egypt: Policy Reforms to Promote Energy Efficiency in the Transportation Sector” written to the United Nations.

Additionally, the great increase of NGVs shows that Egyptians have started to be more conscious about fuel usage, which indicates a higher concern regarding the levels of consumption compared to the price.

“Because of fuel subsidies and the subsequent low price of fuel, Egyptians were not aware of fuel consumption in the past, so [they] used to buy cars without taking the vehicle’s consumption as a strong factor to be considered. Now that the government has cut subsidies, the general tendency is that the population becomes more aware of fuel consumption,” the economic expert Omar El-Shenety, Managing Director of Multiples Investments Group, disclosed to Egypt Oil & Gas. This awareness can lead Egyptians to reduce the amount of fuel consumed in an attempt to reduce fuel costs.

Furthermore, Egypt would have to bare only one year before regaining its prominent position at the natural gas market. As major gas fields become operational, including Eni’s Zohr –the  biggest gas field ever discovered in the Mediterranean—the Ministry of Petroleum and Mineral Resources set the ambitious goal of achieving self-sufficiency in gas production by 2018. The Ministry’s goal, which enables Egypt to cover gas demands with local output, prevents the Federal Government from allocating a considerable amount of its budget to oil and gas imports, which enables gas prices to remain low in the country.

Furthermore, not depending on foreign products also secures the local market against any economic or political instability in partner nations that might affect gas supplies. As such, shifting from conventional fuel to natural gas is a very efficient way to avoid fuel shortages caused by diplomatic conflicts and international affairs.

Even though natural gas is a fossil fuel, its impacts on the environment are less aggressive than the impacts of oil fuels. A study carried by the American Gas Association (AGA) pointed out that natural gas produces 117,000 pounds of air emissions per billion British thermal unit (Btu), while oil products produce as much as 164,000 pounds per billion Btu.

“Greenhouse gas emissions [of NGV] are reduced on a total lifecycle or well-to-wheels basis by 15% to 25% below diesel vehicles,” according to Go With Natural Gas, a Canadian collaborative industry-government initiative to encourage greater use of natural gas in Canada’s transportation sector. The organization further noted that “during vehicle refueling, there are no evaporative emissions as the connection between the fuel dispenser and the vehicle creates a sealed system.”

The emissions reduction promoted by NGV can lead to the improvement of key environmental concerns, such as human health, acid rain, increase of greenhouse effect, and other aspects related to poor air quality. “For this reason, the State of California [United States] encouraged greater use of natural gas in transit buses and in public fleets. Similarly, Canada developed the world’s first natural gas transit bus in Hamilton, Ontario, in response to poor air quality due to local industrial activity,” the Canadian organization Go With Natural Gas disclosed.

Besides its benefits against air pollution, NGV can also promote improvements in the quality of the soil and groundwater as natural gas is less dense than the air and rises to the atmosphere when released. “Sophisticated monitoring systems are used on a 24/7 basis to monitor station conditions. If a fuel storage tank were to leak, the fuel would vent to atmosphere,” Go With Natural Gas added.

Additionally, using natural gas as fuel is a helpful feature against noise pollution, as NGVs are quieter than vehicles running on diesel. As the Canadian organization informed, natural gas transit buses, for instance, “are up to 10 decibels quieter at idle compared to diesel transit buses.”

A warning flag raised against NGV is the higher inflammability of natural gas compared to oil fuels, which could cause more severe damages in case of car accidents. Furthermore, as it does not have color, taste, or smell, a natural gas leakage is harder to be detected and poses great danger of explosions and fire if careless handled.

However, Go With Natural Gas assured that, in case of car accidents, the risks are not higher than in accidents involving conventional fuel cars. In fact, “in the event of a motor vehicle accident involving a fire, natural gas fuel storage systems on vehicles are designed to release fuel from the storage tanks, so as to minimize risk to vehicle occupants and the public,” it noted.

Converting Your Car to Natural Gas

The conversion is available to everyone; however, the economic specialist Omar El-Shenety noted that the process is more appealing to a specific public: the public transportation sector and private drives.

“The price increase tends to lead people to look for cheaper alternatives of fuel. However, shifting for cheaper kinds of fuel, such as natural gas, is not likely to happen in a great number among people who normally use their cars just as transportation for personal use. On the other hand, if you look at the public transportation or taxi and private drivers, they are more dependent on fuel, so they would be the ones greatly investing in cheaper alternatives of refueling their vehicles,” El-Shenety added.

It takes customers around 4 hours to make the fuel conversion to natural gas. The process includes adding up parts to the motor and inserting a gas tube to the car, which is responsible for rationalizing the car’s running cost, according to Gastec’s Chairman, Hesham Redwan.

Customers who want to convert their cars to natural gas and profit from the benefits of NGVs should have their IDs, driver’s licenses, and a recent electricity bill in hand, according to a gas station employee who spoke to Al-Ahram Weekly. Due to the relatively high price of the conversion, payment can be effectuated by instalments. In this case, customers are required to have a guarantor, who will also have to present his ID.