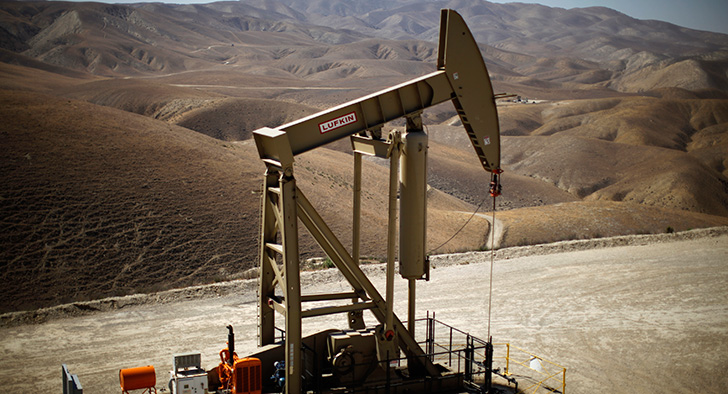 Unconventional sources of oil and gas strongly affect production levels and drastically change prospects on global energy markets. The increase of oil revenues after the unconventional revolution in the United States and elsewhere in the world clearly pictures this impact.
Prior to the unconventional boom, the US was expected to become heavily dependent on gas imports. Current projections, however, assume the country will be self-sufficient in net energy by 2030. Unconventional output has been on a rise and the global impact of this energy development enormous.

The growth in production through unconventional sources was a plot twist on the global energy market game. While from the US perspective, it resulted in higher energy independence and a considerable decline in the country’s trade deficit, from a global perspective, the fast-rising shale supplies helped create a series of side effects.

Concerning the crude oil market, Columbia University’s Antoine Halff affirmed in his paper OPEC’s Policy Challenge in the Age of Shale Oil, published in December 2015 that, although US shale oil production accounted for less than 5% of the overall oil market in 2015, “shale is a disruptive technology that challenges the industry’s long-established business model and the rules of the game for OPEC.” Cristiana Belu Manescu and Galo Nuño in the Quantitative Effects of the Shale Oil Revolution, published by the European Central Bank in September 2015 noted that those who are most disadvantaged are the traditional oil exporting countries, which completely rely on the petroleum industry for national revenue. The main winner, on the contrary, is naturally the United States. “This is a major transfer of resources from the rest of the world to the US economy that not only boosts economic growth, but also helps to reduce the US current account deficit,” Manescu and Nuño added.

When it comes to natural gas production, the American shale gas has changed the balance of competitiveness in the world economy, giving the US an unanticipated advantage – and, accordingly, a disadvantage to some other countries. However, it does not happen mainly due to the quantitative output, but especially because American contracts are flexible. “Australian and foreign processors conclude long-term agreements to send gas to specific countries such as Japan and China. Asian buyers have contracted for more than half of the US supply, but they have the freedom to ship the fuel to anywhere in the world, encouraging spot trading,” Bloomberg analyzed.

Furthermore, in light of shale gas production, the US has been able to supply inexpensive natural gas that helped companies build new plants and expand existing facilities, improving the US manufacturing sector and strengthening its competitiveness in the market. As explained by the Cambridge Energy Research Associates’ Co-founder and Chairman, Daniel Yergin, in The Global Impact of US Shale, published by Project Syndicate in 2014, “with the US market cordoned off by cheap domestic gas, some of that LNG is going to Europe, introducing unexpected competition for traditional suppliers Russia and Norway.”

In light of that industrial leaders all over Europe “are becoming increasingly alarmed by enterprises’ loss of competitiveness to factories that use low-cost natural gas and the consequent shift of manufacturing from Europe to the US.” This shift increases the prices of products in Europe, which strongly affects the economy of European countries that rely on exports. Hence, Yergin added that “European Union countries, already suffering from high unemployment, will be forced to reconsider high-cost energy strategies or face weakening competitiveness and loss of jobs.”

Furthermore, the fast shale oil and gas expansion in the US, notable since 2008, also collaborates to the oversupply faced by the global petroleum industry in the past years. Although the shale revolution contributed to the relative stability of Brent oil prices observed from 2011 until mid-2014, the American shale reserves – in addition to the increase in production of other countries – were also a factor in the increasing crude oil supply glut that brought a fierce downturn on the global crude price in the past years.

The scenario is not different when it comes to natural gas. Mid-2016, Bloomberg reported that “shale drillers from Pennsylvania to Texas flooded the US with so much natural gas over the past decade that prices slid to a 17-year low.” Also in 2016, the country started to export gas by sea and the US Energy Information Administration’s (EIA) projected it would become the world’s third-largest liquefied natural gas (LNG) supplier in five years. “Now they are going global, with the potential to upset markets from London to Tokyo,” Bloomberg further analyzed.

The emergence of shale oil and gas is a clear indicative of how technology innovation can change the balance of global economy and its future prospects. Besides its collaboration to oil and gas oversupply and, accordingly, the downturn of prices, the US unconventional revolution also changed the global trade map in the sense that it introduced the US as an oil and gas exporter rather than an importer – as it was previously predicted.

The avant-garde boom of unconventional oil and gas in the US was facilitated by several factors. As Apache’s Vice President and General Manager, David Chi, explained in an interview to Egypt Oil&Gas. “Developing unconventional oil and gas requires many different kinds of expertise, and successful production relies on large scales of resources and fast output pace to sustain high efficiency.”

The US naturally fits the abundant resources requirement, as well as it has created a solid infrastructure and a friendly environment to the unconventional sector. Firstly, the country has been developing shale gas exploitation, legal incentives for landowners and an advanced oil production infrastructure already since the early 19th century, which started to bring high-quality results during the 1980s. As implied by Cristiana Belu Manescu and Galo Nuño in their study, the US “possesses a unique infrastructure setting consisting of a large number of state-of-the-art drilling rigs, an extensive pipeline network, and associated refineries, which is a key to ensuring a rapid expansion in production.”

Lastly, the US counts with legal and institutional features that highlight the economic attractiveness for the extraction of unconventional oil.

In consequence of the unconventional oil and gas exploration, the Norwegian consultancy Rystad Energy indicated that the US, for the first time, presented more oil reserves than the petroleum leaders Saudi Arabia and Russia in 2016.

Although unconventional resources are likely available elsewhere in the world, the US is the pioneer in the field, which created a fruitful environment for unconventional exploration and production, and put the country way ahead its competition. Hence, the US is likely to remain the dominant shale oil producer for the next decade.

Unconventional Resources in the World

Positive global production prospects also show that technically recoverable unconventional resources are being developed in other countries, especially in China, Argentina, and Russia. Queen’s University Belfast’s Senior Lecturer in the School of History, Anthropology, Philosophy and Politics, Stefan Andreasson, pointed out that even though “the US model cannot simply be replicated anywhere there are shale reserves,” there is “continued demand for fossil fuels, [which] means that many countries will explore their own resources and potentially become significant producers.”

China’s shale gas production, for instance, outperformed expectations in 2016. According to Sinopec Ltd., Fuling shale gas field in southwestern China produced a cumulative 3.76 billion cubic meters of gas from January to September, which corresponded to an increase of 107% in production.

In Russia, the total Bazhenov shale prospective area in the West Siberian Basin was estimated at a risked shale oil in-place of 1,243 billion barrels, according to EIA data published in 2013.The same area was expected to hold a risked shale gas in-place of 1,920 trillion cubic feet.

In total, some 46 countries around the world possess deposits of shale oil and shale gas, according to the EIA data from September 2016. In February 2017, another country joined the list as Iran announced it found its first shale oil reserve in the western province of Lorestan, containing over 2 billion barrels of light crude.