The Role of Sensors Service Companies in Global Oil Market 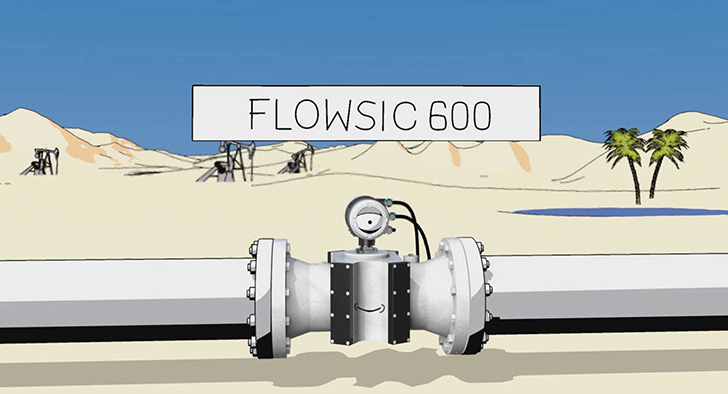 In the light of the global low oil prices environment, oil and gas companies are facing a decline in production and expect to restrain it further over a possible freeze deal by the Organization of the Petroleum Exporting Countries (OPEC). A crude oil prices decline to below $30 per barrel since mid-2014 significantly affected the entire industry. Some major oil producing companies have slashed their budgets by 40% to 50%, and canceled as much as 50% of their planned operations, as some industry executives noted. In the Middle East and North Africa region, companies paused or stopped their drilling activities at an unprecedented level leading to a decrease in sales volume, Wika Corporation General Sales Manager, Eng. Amr Osman explained in an interview with Egypt Oil&Gas.

Furthermore, costs for field exploration and development rose and are now higher than generated profit, which leads these companies to take other measures in order to effectively counterbalance the decline.

This raises many questions, for instance, in relation to control and measuring companies that develop essential sensors for the energy industry. Their R&D departments allocate resources and investments to find new adequate and financially viable solutions. Yet, their budgets have seen major reductions that amounted to 15%-16%, according to estimates by some oil and gas leaders that Egypt Oil&Gas approached.

In Egypt, in particular, oil and gas companies have been also struggling with recent devaluation of the Egyptian pound against the US dollar. As most of the equipment used in the service sector are manufactured and imported from abroad and the method of payment is in the foreign currency, which became harder to obtain, prices of products by service companies became unstable.

In the global market, nonetheless, many energy projects are planned in the long term and cannot be simply paused or cancelled. Hence, in some areas of the oil field services, market prognosis is positive. For instance, “the long-term prospects for service companies in flowmeters for oil and gas measurement remain strong,” Jesse Yoder, President of Flow Research Inc. in Wakefield wrote for Flow Control in December 2015.

As sensor technologies, which help prevent risks in the upstream and downstream sectors, have been of major importance to the entire sector, this market sector is worth examining.

Sensors are one of key devices that guarantee safety of implemented processes in the industry. They are built on mechanisms of control and measuring of the flow of oil, gas, and other derivatives. As a dynamic factor installed in pipeline, refinery, and transportation constructions, they directly affect entire process of hydrocarbon exploration, production, and processing.

Sensors were technically invented and developed to detect and respond to different inputs that come from the physical environment such as light, heat, motion, moisture, pressure, and similar. Their outputs come as signals that are converted to readable displays at the sensor location and/or transmitted electronically through a network in order to allow necessary adjustments to the ongoing processes.

On the basis of technology, the global oil and gas pipeline leak detection sensors can be segmented as flow meters, infra-red detection, fiber optic sensors, and pressure sensors, according to a report – Leak Detection Market for Oil & Gas by Technology, published by Markets and Markets in October 2015.

Recently, the global pressure sensor market has been primarily driven by advancements in micro-electro-mechanical-systems (MEMS) technologies. The increased number of technological developments that took place in the past decade has led to a considerable reduction in the size of sensors to between approximately 0.5um to 1 mm. This has thus boosted competition in the global sensor market. Nonetheless, market turbulences drove oil and gas service companies to reduce their research and development expenses or adjust the balance between financial investments and revenues. Wika Corporation, a global market leader in pressure, temperature, and level measurement technology, faced a similar dilemma.

Wika Corporation develops comprehensive solutions based on high-quality measurement technology components and delivers 50 million quality products to over 100 countries every year. It supplies measuring instruments, which monitor and protect oil and gas operations during exploration, drilling, completion, production, and transportation, whether on offshore platforms, in remote desert locations, or at unconventional oil and gas facilities. Also pressure, temperature sensors, gauges, and diaphragm seals, providing reliable performance, ensure that the operations can continue undisturbed even at installations operating for long periods of time. Worldwide, approximately 600 million Wika measuring instruments are in use.

In addition to the current global market parameters, Wika Corporation, as many other sensor service companies, faces multiple challenges. Among them is the high sensitivity of its products to external conditions that may result in the closure of oil field projects.

Shutdowns of energy projects occur rather frequently. Yet, while those planned by companies’ headquarters mean that there will be a cut in revenues that can be compensated for according to strategically planned activities, unexpected problems that lead to abrupt closures in the field are more difficult to predict, therefore can be considered more risky and can hurt more.

Service companies in sensor technologies thus face conundrum of trying to strike a balance between, on one side, costly innovative technologies that would guarantee oil and gas companies’ lower costs for services, products, and repairs, and on the other external factors that can cause damage to their equipments.

Industrial sensors are sensitive components installed to function for lengthy periods of time, while subjected to extreme physical stresses in the environment. Their first and foremost enemies are corrosion, erosion, and abrasion.

“Each day, about a million barrels of crude oil, or 160,000 cubic meters, pass through a pipeline with a diameter of one meter. That is equivalent to 1,850 liters per second. Onshore gas pipelines have an extremely high internal pressure of 100 bars, which can even reach 200 bars or more in offshore pipelines. Sensor elements used to monitor the flow suffer considerable wear as a result of corrosion and abrasion. This shortens their lifetimes and necessitates costly repairs,” an article published by News Cision – Additive Manufacturing Technique Extends Life of Sensors, explained in the case of a German service company that specializes in laser technologies, O.R. Lasertechnologie GmbH.

Conventional methods have proven insufficient for sensors protection. Instead, technological upgrade is believed to offer some viable solutions, as Markus Wolf, Head of R&D at O.R. Lasertechnologie told Egypt Oil&Gas in an email interview: “The R&D team of O.R. Lasertechnologie spent a year collaborating with the Fraunhofer Institute to develop a highly efficient, easy-to-install powder nozzle that works with high repeatability and is suitable for automated processes – Direct Metal Deposition (DMD).” As he further explained, “this manufacturing technique enables reliable protection of sensor elements by means of a hard alloy. It makes it possible to significantly extend their lifetimes.”

A way to lastingly protect a sensor from being worn down is to coat it with Stellite. The cobalt-chromium-based alloys are difficult to develop. While the conventional approach is to apply composite clad layers with a total thickness of several millimeters, the intense heat applied during the processes is considerably mingling the sensor’s material with the Stellite cladding.

Instead, to apply DMD new technique, the compact EVO Mobile laser welding system is suited as wear-resistant coatings and to carry out repairs or modifications. Laser technologies have thus proven to be more effective. Laser only minimally melts the surface of the sensor and merely at scattered points of time. Metallic powder, with grain sizes between 45 and 90 µm, is fed coaxially to the laser beam and permanently fuses with the object’s surface. The advantages of this approach include precise deposition of the material, low heat penetration, and an undistorted, crack-free coating.

Given these advancements in technologies, service companies may strike a competitive advantage in the sensors market not only in the short term, but also in the long term projections. Adequately, sensor service companies found themselves boosting their research and development investments, which directly changed the pricing of their products. In consequence, service companies’ sustainability seems rather unstable in the current disadvantageous market conditions globally.

For years, control and measuring service companies have been developing new products with advanced chip design, manufacturing techniques, and microstructure technology, but as their technology loops, in the same way, their price rates increase, which poses a series of obstacles in the current global market.

Sensors market has witnessed a rapid growth in price rates of between 7% to 12% until now, as industry leaders affirmed. Wika Corporation’s Eng. Amr Osman stressed in an interview with Egypt Oil&Gas that “sensors’ price increase is a consequence of global rise of prices for raw material.”

Oil and gas industry thus finds itself under pressure over investing in services for increased prices. In the Egyptian market, the financial aspect is further exacerbated by the country’s foreign currency crisis.

Forecast for the sensor market, nevertheless, promises some positive results in the near future. The global pressure sensors market is expected to reach $9.48 billion by 2020, in comparison to $6.7 billion in 2014, which is a considerable growth at an estimated Compound Annual Growth Rate (CAGR) of 5.9% between 2015 to 2020, according to a report Pressure Sensor Market by Technology, Application & Geography – Global Forecast to 2020, published by Markets and Markets in 2015.

It is in these veins that international and national service companies in the sensors sector may design their business strategies and tactics to withstand the pressure of the turbulent development in the global energy industry.