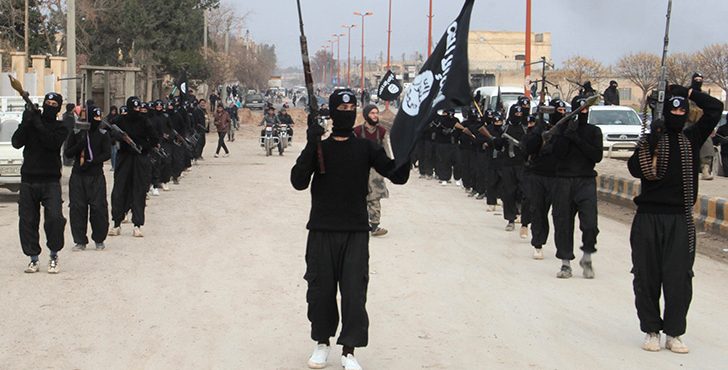 The political vacuum and internal conflicts brought about by the US-led war on Iraq has left behind a feeble country, and paved ways for the emergence of armed organizations such as Islamic State (ISIS), which has arisen in Iraq initially as a branch of Al-Qaeda. As the group targeted Iraq’s oil sector for generating resources, major disruptions to the sector resulted in a significant drop in the country’s oil revenues. Since Iraq is so heavily reliant on oil for its economy, these disruptions have had devastating effects for the entire population.

The value of Iraq’s petroleum industry manifests itself in its massive contribution to the Iraqi national economy. In 2011, Iraq’s hydrocarbon industry contributed 72% to the country’s total GDP. Ranked third in the Middle East, the country’s proven oil reserves have hit an amount of 142 billion barrels in 2015, according to OPEC Annual Statistical Bulletin 2016. As the overall performance of Iraq’s oil sector has been slowing down in the aftermath of the US-led attacks, ISIS has found Iraq a fertile ground to exploit its resources and recruit fighters.

Oil as a Strategic Weapon

The grave consequences of the US war on Iraq and the state of political unrest brought about by the internal conflicts have been compelling factors for ISIS to establish a base in Iraq. Nevertheless, there was another incentive why the Islamic State militant group found it interesting to create a caliphate in the Gulf country, namely the abundance of oil resources. Energy Analyst, Diana Ngo, explained in her report – The Impact of ISIS in Iraq’s Oil Industry – that Iraq is a hotspot for natural resources that have been tempting for ISIS, similar to the United States’ pre-2003 ambitions.

Oil has been deemed a crutch for ISIS militants. It has been essential for the survival of the insurgency and for financing the ambition to establish a caliphate. In essence, energy resources fueled the group’s war machine, provided electricity to their group-held areas, and offered the crucial leverage for the group to give them power against their enemies. Imposing control over the oil means that ISIS can depend less on any foreign sources of funds and attract more followers. The group has been also actively recruiting skilled workers in the petroleum industry from engineers to trainers to managers, according to Financial Times’ article – How Oil Fuel The Jihadi Terrorists, published in October 2015. But Iraqi oil wealth has not been centrally important for ISIS strength only for providing finances and fuel for their military operations. It has, additionally, been bolstering the group’s economy, whose success has the potential to expand the organization’s popular legitimacy. Accordingly, Iraq Oil Report – Armed with Intel, U.S. Strikes Curtail IS Oil Sector, published in December 2015, explained that ISIS has made a huge business out of Iraq’s oil by capturing key oil fields such as the Qayyarah field near Mosul. For example, the group gained around $40 million per month in oil sales from the end of 2014 through to May 2015. In this sense, ISIS group is striving to bring together the elements of a state and relying on their oil market plays a big role in boosting their international position as US Department’s Special Envoy for International Energy Affairs, Amos Hochstein, said: “They want to be seen as a state, so they need energy, not just for profits, but also for symbolizing the difference between them and other terrorist organizations – that they control territory and provide electricity and fuel.”

Oil is highly valued for ISIS, and it is in this regard that it is centrally controlled by the top leadership. A senior western intelligence official said according to Financial Times: “They [ISIS militants] are organized in their approach to oil. That is a key centrally controlled and documented area. It is a central shura matter.” In addition, ISIS imposes careful oversight of the oil wells by deploying ISIS secret police that ensure that the oil revenues go where they should. Other militants guard pumping stations, while far-located individual wells are surrounded by sand and each trader is carefully checked when driving to fill up.

As ISIS has been carrying out operations against Iraqi forces to capture key oil sources, this has rendered the country’s vast oil fields and complex network of refineries vulnerable to attacks and sabotage. This has led to negative effects on Iraq’s oil and gas industry over the past few years.

The Islamic State militants have, in fact, took control over massive quantities of oil. Oil Market Analyst, Tim Daiss, said in a Forbes article published in mid 2016, that “ISIS had seized control of around half a dozen of oil producing fields in Iraq.” Even in other ISIS-held places such as in Syria, oil operations are less-developed compared to the group’s activities in Iraq. Washington Institute Think Tank’s Analyst, Matthew Levitt, explained according to Forbes that ISIS had monopolized a huge network of smuggling routes in Iraq, in addition to other underground pipelines that had been built at the time Saddam Hussein was in office. This indicates that ISIS had already built a strong infrastructure, making it a hard job for Iraqi forces to contain the oil activities of ISIS, and thus indicating that the battle against ISIS is complex.

Accordingly, Iraq’s output of petroleum products has dropped from around 613,000 barrels per day in 2011 to around 444,000 barrels per day in 2015, according to OPEC’s Annual Statistical Bulletin 2016. This has slashed the government’s total revenues generated mainly from crude exports. Net oil export revenues stood at $89 billion in 2014 and surged to $18 billion in early 2016, according to the US Energy Information Administration (EIA), derived from EIA’s June 2016’ Short-Term Energy Outlook. The decreasing trends show that the seizure of key oil fields by ISIS has had a significant negative effect on Iraq’s petroleum industry value in the international market compared to other countries.

Another serious effect ISIS has had on the Iraqi oil sector is the increase in petrol prices, particularly in ISIS-held cities. In Mosul, the price of unleaded gasoline had tripled to around $4.73 per gallon in 2015. Residents of Rutba area said, according to Iraq Oil Report, that the price reached to $6.30 per gallon of unleaded gasoline, whereas in Qaim area, the price hit $11.83 per gallon. In addition, kerosene has more than quadrupled in mid-2014, despite being plentiful. Next to the high fuel prices, the city of Mosul has lost water service due to the lack of sufficient fuel needed to run water distribution systems. Instead, people have to buy water from tanker trucks that bring it from the Tigris River.

But ISIS group does not only carry out operations to seize the oil. It further blocks the road for Iraqi forces to recapture any oil fields even if this leads to oil losses for both sides. In August 2016, ISIS destroyed more than nineteen oil wells in Qayyarah town, about 35 miles south of Mosul, in attempts to create a smoke screen as Iraqi forces battled to push them out of the city. According to the CNN article – ISIS Toxic Legacy, updated in December 2016, containing the fire by turning all wells off takes months and costs millions of dollars in lost oil revenue. Even worse, only wells that are set alight can be temporarily shut, yet getting the wells blown up with explosives repaired is far from challenging. Yet, this does not only impact the oil operations and the amount of revenues lost, it further risks the lives of Iraqi engineers who have to repair damaged wells after seizure.

The Future of Iraq’s Oil and Gas Sector

Despite the ongoing fight against ISIS and rampant corruption in the sector, Iraq has actually succeeded in increasing its crude output, producing nearly 4.5 million barrels per day in September 2015. The government plans to further ramp up production to 6 million barrels per day by 2020. However, it is impossible to put forward a clear image of Iraq’s future oil industry amid the continual battles on multiple fronts. Even though the Iraqi government seems determined to move its oil sector forward, security concerns, political instability, and the already low global oil prices continue to deter investments – a fact that makes Iraq fall short of its production goals over the long term.

The presence of the militant group will largely continue influencing any attempts by the Iraqi government to expand its petroleum sector. Indeed, it is likely that ISIS would continue to exist for long and would unleash distress across the country in defense of the Islamic establishment and the oil resources they current hold under control. Its resilience to Iraqi forces will likely dictate the path for the sector development.

From this stand point, the Iraqi forces must join forces against the presence of ISIS militants and the government of Iraq will need to address drawbacks that hinder the progress in the industry. In particular, Iraq needs to stabilize the country in order to attract more foreign investments. The government further needs to renovate the old infrastructure facilities, pipelines destroyed by ISIS, as well as recruit qualified personnel. This is a requirement by the overall supply chain of the industry; from downstream exploration and production to midstream pipelines to upstream refining. With these renovations, and the containment of security and political threats, the Iraqi government can achieve its export dreams.