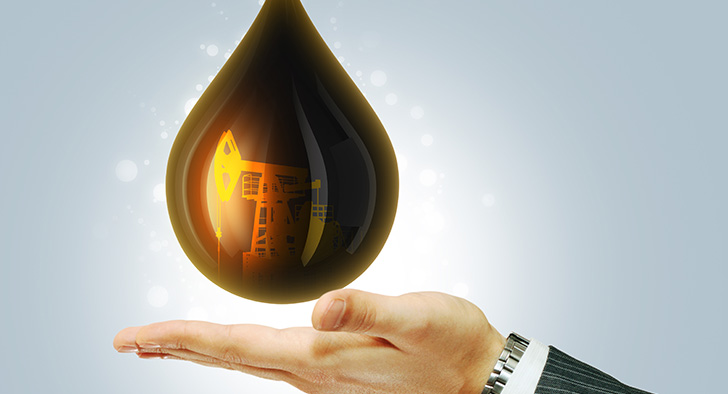 Petroleum upstream projects in Egypt are considered a milestone in the growth of the Egyptian national economy and they are the main vehicle through which sustainable development may be achieved in the country. Petroleum production projects include two main phases, the exploration phase and the development and production phase.

Subsequent to the announcement of a commercial discovery of oil and/or gas, the petroleum project moves to another stage which is the development of the discovered reservoir in terms of drilling new development wells, creating production facilities, and executing all other technical requirements in order to put the wells on production.

Moreover, production sharing agreements (PSAs) signed between the Egyptian government and the international oil companies (IOCs) include the creation of a joint operating company in order to perform development operations on behalf of the Egyptian General Petroleum Corporation (EGPC) and the contractor.

Comparing to the legislation governing commercial companies in the Egyptian legal system, in particular law No.159 of 1981 concerning joint stock companies, partnership limited by shares and limited liability companies, Joint Operating Companies have a unique and particular legal framework, comprehensively described in the production sharing model agreement, which is usually promulgated by virtue of a private law.

Since 1973 the Egyptian government represented by the Egyptian Ministry of Petroleum and the state oil company (EGPC) have adopted PSAs for petroleum exploration and exploitation.

The aforementioned model agreement indeed satisfies the Egyptian hopes to ideally exploit country’s hydrocarbon reservoirs despite the obstacles that may rise in conjunction with the implementation of this physical model agreement.

PSAs in Egypt are fair enough to achieve the win-win situation between the national oil company (NOC) and IOCs. In other words, one of the principal concerns of EGPC, on its capacity as a state oil company, is to maintain the governmental control over petroleum operations throughout project phases. The contractual regime adopted by EGPC for petroleum exploration and exploitation includes a string of measures aiming at increasing the governmental control over the petroleum upstream operations, whether in exploration or development phases. The management of the foregoing operations is carried out through two main arms, the advisory committee and the Joint Operating Companies.

In exploration phase, a joint committee shall be established by EGPC and the contractor, subsequent to the agreement’s effective date, to review the exploration work program and budget.

On the other hand, subsequent to the announcement of a commercial discovery, EGPC and IOC may form in the A.R.E an operating company. Such a company shall be a private sector company and shall be subject to the laws and regulations in force in Egypt to the extent that such laws and regulations are not inconsistent with the provisions of the PSA or the article of association of the operating company, which is considered an integral part of the PSA. Moreover, both EGPC and the contractor interfere in the management of the operating company through the board of directors, which is consisting of eight members, four of whom shall be designated by EGPC and the other four by the IOC. A chairman shall be designated by EGPC and shall also become a managing director.

Joint Operating Companies in the Egyptian petroleum sector have their particular legal status and private provisions that shall supersede any other legal provisions governing the activities of commercial companies in the country.

The reason behind the unique regulatory framework for operating companies is that the petroleum sector regulator desires to keep the legal system governing Joint Operating Companies far from the applied provisions incorporated in the Egyptian corporate and civil law in order to facilitate the process of creating Joint Operating Companies and to streamline other strict processes required by the aforementioned legislation. For instance, the legislation requires at least a minimum number of two shareholders to create a joint stock company and the need to follow the mandatory publicity procedures set by the Egyptian commercial law.

We may highlight the most significant features of Joint Operating Companies in Egypt as follows:

The Joint Operating Company is a joint stock company, however the law of the concession agreement and the charter of the operating company exempt the latter from law No.159 of 1981, promulgating the law on joint stock companies, partnership limited by shares, and limited liability companies. To this end, the joint company is basically subject to the terms and conditions set out in the PSA.

The main target behind the creation of any commercial company is to achieve a profit, however, the object of the operating company is to act as an agency, through which EGPC and IOC carry out and conduct the development operations required in accordance with the provisions of the concluded PSA. Moreover, the operating company shall not own right, title, interest, or estate of any of the produced petroleum and shall not make any profit from any source whatsoever.

The general principle in respect to the creation of civil and commercial companies in Egypt is that they are subject to the publicity criteria set by the corporate and civil law. Article 502 of the Egyptian civil law does not consider the company valid unless it fulfills the publicity requirements. Furthermore, the Egyptian corporate law stipulates that “The company does not acquire the legal personality unless it satisfies the publicity requirements and is registered in the commercial registry, otherwise, it would be null and void.” Nevertheless, the operating companies in Egypt are exempted from such a procedure as the law of the contract acknowledges that the charter of the joint operating company shall take effect and the operating company shall automatically come into existence without any further procedures.

According to the Egyptian corporate law, the number of founder partners in shareholder companies should not be less than three with regard to commercial companies coming under the provisions of the law. If the number of partners is below the quota mentioned, the company will be considered legally dissolved unless it proceeds within the space of six months to complete the quota. The remaining partners will be responsible for the liabilities of the company during this interval, on all their assets. Despite the foregoing, the operating company may not match the aforementioned quota and remain valid.

The most important example of a successful Joint Operating Company in Egypt is Gulf of Suez Petroleum Company (GUPCO), which was formed on 31st July, 1965 after the discovery of El-Morgan offshore oil field. GUPCO’s mission, as defined by the concession agreement, is to carry out all oil and gas development and production operations in Egypt as a nonprofit Egyptian Operating Company, and as an agent whose activities add value to the principle shareholders, EGPC and Amoco-Egypt Oil. Amoco started operating in the Gulf of Suez (GOS) in 1964 before establishing GUPCO. In January 1999, a merger occurred between Amoco and British Petroleum Company producing one company named BP Amoco. In 2000, BP Amoco name changed to BP.

To date, around 142 operating companies have been established in Egypt to perform development activities in all petroleum areas in Egypt, whether offshore or onshore.