The Dabaa Project in Numbers: Is Nuclear Energy the Right Option for Egypt? 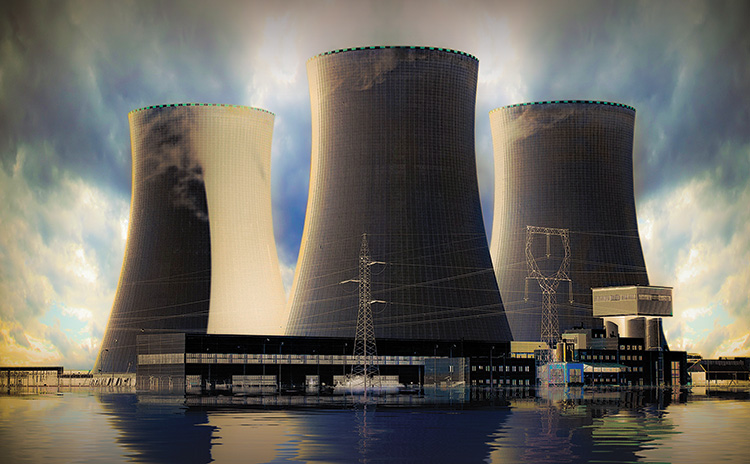 Over the past few decades, nuclear energy projects have increasingly been seen by developing countries as an effective means of attaining western standards of development. According to the World Nuclear Association (WNA), 45 developed and developing countries are currently considering building nuclear reactors. More than half of these countries already have concrete plans to do so.

Egypt first considered establishing a nuclear power plant in 1955. Dabaa, a city 130 km northwest of Cairo on the Mediterranean coast, was chosen as the site for the facility. German, French, and American companies were originally chosen to build the facility in 1986, and Australia and Niger were approached to provide the uranium. However, following the Chernobyl catastrophe in the same year, the plan was put on hold. After several attempts to bring the project online, Egypt has recently signed new agreements to develop the project, bringing up discussions on whether nuclear power is a cost-effective alternative to diversify Egypt’s energy sector.

The Egyptian nuclear cooperation with Russia dates back to 2003, when a cooperation agreement was signed with Russian nuclear energy company Rosatom. The plan, however, was delayed several times. In 2013, Egypt approached Russia to renew its nuclear cooperation agreement, and later in 2017 the plan for the Dabaa plant was resurrected. Egypt took the final step to establish the Dabaa plant on December 11, 2017 when it signed the final contract confirming Russian involvement in its construction. The deal is comprised of four separate agreements governing the construction of the plant, the fuel supply, the construction of storage facilities for consumer fuel, and the technical support and training during the plant’s first 10 years of operation.

While the Dabaa site can accommodate a maximum of eight reactors, the contract permits Rosatom to construct four third-generation 1.2GW reactors by 2029, and supply them with nuclear fuel for their entire 70-80-year lifespan.

Construction will start once Rosatom obtains the necessary approvals of location and designs from the Egyptian Atomic Energy Authority (EAEA), which are prerequisites for issuing the plant’s commercial licenses. Rosatom’s CEO, Alexei Likhachev, stated on March 2018 that the construction of the power plant may start in 2020. Electricity Minister Mohamed Shaker stated on December 11 that construction of the first nuclear reactor will finish in 2026, while the following three units will all be online by 2028.

Cost of the Project

The total cost of the plant is estimated to be around $30 billion. Russia is providing Egypt with a loan to cover 85% of the cost while the Arab republic will cover the remainder in the form of installments, Likhachev has stated. Reuters reported in 2017 that Russia will extend a $25 billion loan to Egypt; however, other media groups cited a lower figure of $21 billion. Sources at the Ministry of Electricity told Daily News Egypt that Egypt was scheduled to receive the first tranche from Russia in January 2018. Yet, the ministry did not announce receiving the installment until press time. Egypt Oil & Gas contacted the ministry and the Egyptian Atomic Energy Authority (EAEA) to confirm receiving the tranche, but both organizations stated that they cannot disclose the project’s details.

Egypt will repay the loan at 3% interest over 22 years in 43 installments. Crucially, Russia has given Egypt a 12-year grace period on the loan, meaning that the first repayment will not be due until 2029. This means that if the loan’s value is $25 billion, Egypt will pay Russia a total of $70.3 billion in nominal terms, or around $3.2 billion per year, according to Middle East Economic Survey (MEES) analysis cited by the Washington Institute for Near East Policy. Based on these figures, 1GW of generating capacity will cost Egypt $6.1 billion.

MEES’s analysis argues that this cost per GW is high in comparison to other nuclear projects currently underway in the region. Iran’s Bushehr-2, also being built by Rosatom, will cost the Iranian government $5.5 billion per GW, while the UAE will pay just $3.6 billion per GW for the construction of their Barakah reactors.

The past few years has seen a number of joint Egyptian-Russian initiatives to improve the quality of Egypt’s technical nuclear education, and to make the study of nuclear disciplines more accessible to Egyptian students. The National Research Nuclear University MEPhI, a Moscow-based university partnered with Rosatom, signed a Memorandum of Understanding (MoU) with Alexandria University in March 2017 to deliver joint research programs. During the Russian delegation’s visit to Egypt, talks were held with representatives from Egyptian universities regarding the creation of a training program for Egyptian students that would enable them to work at Dabaa in the future. At the moment, there are 26 Egyptian students undergo training in MEPhI in nuclear specializations.

There is also a fellowship program which has been running since 2014, offering students with nuclear-related majors (such as physics, engineering, and chemistry) the opportunity to complete their degree at one of the Rosatom-affiliated universities, according to Arab Finance website. As well as studying nuclear disciplines, Egyptian students also learn Russian, so that they can communicate easily with Russian experts running Dabaa. Around 40 Egyptian students have benefited from this fellowship since 2014.

Additonally, nuclear-related bachelor’s and master’s degrees are now available at some Egyptian universities under the guidance of Rosatom, such as the joint master’s program of Nuclear Engineering taught by the Egyptian-Russian University and Tomsk Polytechnic University in northern Russia. The first graduates of this program received their diplomas in June 2017.

Egypt has also embarked on nuclear education projects without Russian assistance. Egypt opened the Atomic Technical School in Marsa Matrouh in July 2016. Its first class started in November 2017 with 75 enrolled students split between three classes. Students were based at the Advanced Technical School for Maintenance Technology, Nasr City, Cairo, during the first semester, while the school at Marsa Matrouh was being built. After graduating from the course, all students will be given positions working in the Dabaa plant.

The World Nuclear Association (WNA) described nuclear power as “cost competitive with other forms of electricity generation, except where there is direct access to low-cost fossil fuels.” This was the case when the Egyptian government began taking steps to realize the Dabaa project back in 2013. Nevertheless, this has no longer been the case since the discovery of Zohr natural gas field in August 2015, which will allow Egypt to reach natural gas self-sufficiency by 2020, according to Minister of Petroleum Tarek El Molla’s latest statement reported by Al Ahram.

In addition, despite the low cost of operating nuclear power plants and the low risk of significant increases of operating costs, building them is both time and capital-intensive. The Dabaa plant will take 12 years before all of its reactors are operational. Establishing solar and wind farms are relatively quick in comparison, depending on the size of the facility.

Comparing the cost of Dabaa to the Benban complex, the government’s flagship solar facility in Aswan governorate, it is evident that Dabaa is significantly more expensive than establishing solar installations generating comparable amounts of electricity. Benban, once fully operational, will produce between 1.6 GW and 2 GW of electricity, and according to the New and Renewable Energy Agency, will have costed between $3.5 billion and $4 billion to construct. Constructing a solar facility capable of generating the same amount of power as Dabaa (around 4.8 GW) could therefore cost between $9.6 billion and $10.5 billion, significantly cheaper than the projected $30 billion needed for the Dabaa plant.

Dabaa’s cost can also be compared with the $9 billion deal signed between Egypt and Siemens in 2015. The German company agreed to construct gas and wind plants that are expected to add an extra 16.4 GW to the Egyptian electricity grid. Although it is not mentioned whether the gas fuel cost is included in the deal or not, the huge gap between the cost and output of the two projects are still evident.

Egypt faced a major power deficit in 2013, which prevented it from meeting its gas exporting commitments and forced it to resort to either importing fuel or taking it in form of aid. That is why, over the past two years, the Egyptian government has signed many deals to build different types power plants and to increase its oil and gas production. The Dabaa power plant is a part of the government’s strategy to secure and diversify the country’s energy supply. Although Dabaa will eventually produce longstanding benefits to the Egyptian economy and its society as a whole, questions remain over the cost of the project when other more cost-effective means of electricity generation are available.