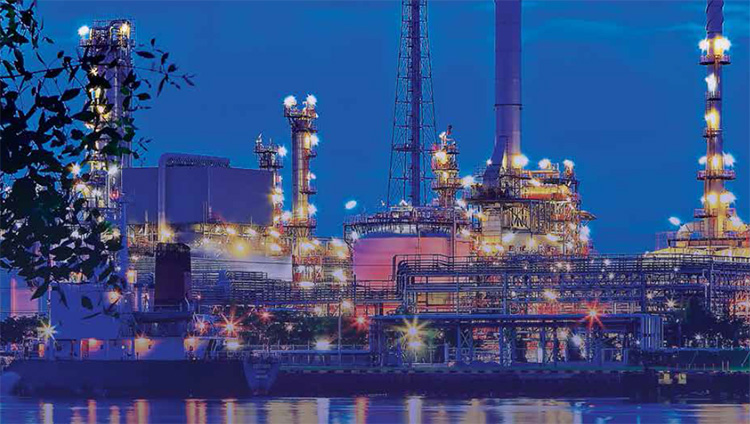 The market has been changing over the past five years, with large fluctuations of oil prices affecting businesses negatively. The giant producers were under pressure to cut production to increase commodity prices, but, instead, they continued to produce normally, which directly contributed to the surplus of production and the severe drop in oil prices. Recently, the coalescence of geopolitical issues in oil-producing countries have combined with the OPEC-sanctioned production cuts to force prices upwards.

Before discussing the reasons for the 2014 downturn, it is important to examine the foundations for the oil boom. There has been a noticeable global increase in the demand for petroleum products. Simultaneously, technology used in production has evolved rapidly and hydraulic fracturing rose to become a dominant technique used in the industry. The US increased the production of unconventional reservoirs by employing the hydraulic fracturing in the Permian basin and other shale plays supported by the increase of the oil production in major oil-producing countries. This, then, created a situation of constant demand and increasing oil production, which affected the market dynamics and led the oil prices to crash.

The debates about the principal reasons for the 2014 downturn in oil prices were continuous. Dr. Riverson Oppong, the country director of Bay Kinetics Subsea Technology LLC, told Egypt Oil & Gas that “if you entertain such emotional conflict over oil prices you will surely get a heart attack. The dynamics of the disparity between crude prices and product prices are indeed deep.”

Ralph Eads, vice chairman and global head of energy investment banking at Jefferies LLC, said in 2015 that “the Saudis have the will and the money to cut prices, there is political stability in all the bad actor countries and we have slack global demand.” He continued stating that “Saudis want to increase their political clout and to hit other countries’ pocketbooks to create uncertainty about long-term oil prices to cut projects and lower others’ production.”

It is obvious that Eads is against the Saudis’ strategy and considers them responsible for engineering the price downturn. Others, however, see the US as being the primary actor due to the entrance of shale into the market.

The Energy Information Administration (EIA) reported on September 30, 2015, that the US crude oil inventories rose by 4.5 million barrels from the week before. Evan Tarver, an economics researcher, said that the country’s oil inventories reached 80-year highs . “It was not only an oversupply, but also an increasing production,” he said.

“The US implicitly initiated the oil prices drop by the actions in the downturn period. The US shale industry evolved rapidly contributing to the oil production increase,” he stated. “Moreover, the surge in the US dollar in the second half of 2014 caused a sharp fall in the commodities indexes. The US nuclear deal with Iran allowed more Iranian oil exports. Market reacted to this news by decreasing the oil price,” he added.

Abdelrahman El-Diasty, vice president of petroleum engineering at Prime Rock Energy Capital LLC, remarked at how the US shale industry benefited from the collapse in prices. “No one would give you an ear, four years ago, if you said that oil prices would be cut in more than a half, but that shale revolution would be that strong and continue to grow output,” he said.

“Watching events unfold over the past period of the downturn in the oil industry, driven by supply-demand disruption, has been shocking on some occasions, prompting oil companies to reform their portfolios and do cost optimization exercises intensely,” he said.

“The collapse of major projects, the mergers, operational shifts to digitalization and the bulk terminations of employment contracts were some of the main events the oil industry has witnessed during the fall of oil prices,” he added.

Through examining the differing experiences of the US shale industry and oil companies from other parts of the world, we can see that movements in the price of oil can be seen as beneficial for some parties and threatening to others.

The recent rise in the oil price has been driven by a number of events and decisions. Although some countries have recently started increasing production, the prices went higher, affected by economic and political instability. The global demand for crude oil remains strong and geopolitical risks are rising.

When the American administration decided to unilaterally exit the nuclear deal with Iran,  international oil companies (IOCs) operating in the country and buyers of Iranian crude were left in a delicate situation. Although Iran’s exports have not significantly dropped, the speculation has been raised on the future of Iranian oil, which influences the dynamics of oil prices.

Additionally, Venezuela, the oil-rich South American country, has decreased its oil production due to its ageing conventional oilfields, alongside its economic and political crises. “Lots of oilfield employees in Venezuela resigned because of the law wages and weak safety policies,” the EIA reported.

Iran and Venezuela are not the only sources for instability, with destabilizing situations in Iraq, Yemen, Syria, and Libya weighing on the oil markets.

In particular, it would be extraordinary – after last year’s price rise – if these increases did not affect  global demand. Statistically, the global demand growth went down from 1.5 million b/d to 1.4 million b/d, according to Watchdog in May. Moreover, the indicators show that the global market will receive an extra amount of refined petroleum products in the upcoming years, due to projects such as the Canada-US pipeline.

Each country experiences oil price fluctuations in a different way. Among the financial problems imposed by oil prices was the increase of governmental allocations from the national budget in countries that subsidize the energy sector. As an oil importing country, Egypt is at risk of oil price fluctuations.

In the last fiscal year the government planned its finances assuming oil would average $55 a barrel. The oil price then hit $80 a barrel, then retreated to $77 a barrel, placing great pressure on government finances and increasing the budget deficit simultaneously. Fuel subsidy costs, one of the main burdens on Egyptian state finances, increased sharply, which led the government to implement the gradual cut of fuel subsidies in the country.

Now at over $70 per barrel, crude prices have already risen above the 2018/19 budget’s benchmark price of $67. In response, the cabinet gave the go-ahead for the ministry to negotiate contracts with international financial institutions that would insure against the rising prices.

According to the Ministry of Petroleum and Mineral Resources, Egypt’s oil production covers nearly 65% of the country’s needs. Oil produced within Egypt is sold to the domestic market at the international rates and the government covers a portion of the price for public use, saving only the shipment costs.

As paying the country’s debts to IOCs and moving forward with the subsidy reform remain as challenging steps in the new fiscal year, Egypt must keep its efforts to secure the existing fund and the foreign currency reserves. The government should continue to attract big investment opportunities, and liberalize their markets to encourage small, medium, and large investors to enter the Egyptian market – thus decreasing the negative impacts of the oil prices downturn in the past years.