The Burgeoning of Egypt’s LNG Hubs 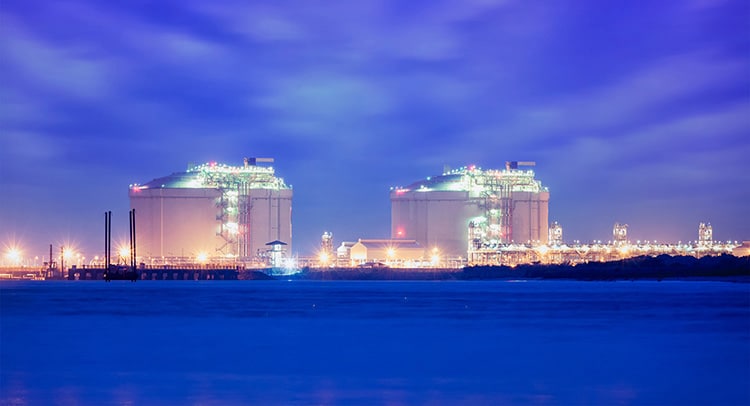 The liquefied natural gas (LNG) scene has witnessed a remarkable change in 2020 and actually this change was inevitable and imperative due to the COVID-19 pandemic; the crisis that revealed how Egypt could be an active exporter of LNG despite any circumstances. It could even reach a huge milestone by restarting the long-awaited Damietta LNG Plant after eight years of hiatus. To review the ebb and flow of the market, it is important to look at how both plants, Idku and Damietta, performed in 2020.

First off, the Idku facility is located in the East of Alexandria and was established in 2001 after the Egyptian General Petroleum Corporation (EGPC) and Edison had signed an agreement with Shell to develop an integrated LNG export project in Egypt. The plant has a capacity of 7.2 million tons per year (mmt/y) to export Egyptian LNG to Europe and the US. It has two LNG trains, however, it can accommodate an expansion of up to six trains in total.

LNG exports from the Idku plant had a rocky start at the beginning of 2020 as the plant shipped only six cargoes during Q1 2020. Then, the plant came to a brief halt during March as spot LNG prices fell to record lows, with the Japan-Korea-Marker (JKM) spot Asian LNG price fell to $1.825 million British thermal units (mmBtu) toward the end of April.

However, it picked up the pace around Q4 2020, shipping 17 cargoes. The increase was mainly due to the rise of Cargo LNG prices, according to the S&P Global Platts data. Six of those cargoes were exported from Egypt to Pakistan, Kuwait, China, India, and the United Kingdom (UK).

Despite the low number of cargoes in 2020, the facility gained momentum since October as the Minister of Petroleum and Mineral Resources, Tarek El Molla, stated that “all volumes” of Egyptian Liquefied Natural Gas (ELNG) are booked-up until March 2021. In January 2021 alone, the Shell-operated facility had already shipped seven cargoes.

Speaking of momentum, 2020 witnessed the long-awaited revival of the Damietta LNG plant. After an eight-year hiatus, Eni, the Egyptian General Petroleum Corporation (EGPC), the Egyptian Natural Gas Holding Company (EGAS), and its Union Fenosa Gas (UFG) partner Naturgy agreed in December 2020 to restart the plant. The plant, which has a capacity of 7.56 billion cubic meters per year (bcm/y), is now owned by Eni with 50% shares while EGAS owns 40%, and EGPC owns the remaining 10%.

Under the new agreement, Eni will also take over the contract for natural gas purchases fiuor the plant and will receive corresponding liquefaction rights. This is to increase its volumes of LNG portfolio by 3.78 bcm/y.  Accordingly, Eni is now waiting for approval from the ministry to connect the Damietta LNG plant to the Zohr gas treatment plant to further expand its operations. Since its reopening, the plant began its first cargo testing in February to enhance Egypt’s ability to export gas to European markets, as it will be the first step towards adding Damietta’s exports to the Shell-operated Idku plant.

The Damietta plant received its first LNG carrier, Golar Glacier, coming from Singapore to load and transport 60,000 tons of LNG from Egypt to Bangladesh in February 2021. The second cargo was loaded on March 4 aboard the Energy Atlantic, heading to the Incheon import terminal in South Korea. Most recently, the first shipment from Egypt to Europe, since its reopening, was delivered to the Belgian import terminal at Zeebrugge on March 21.

So far in Q1 2021, LNG trade seems to be flourishing in Egypt. As of March 23, a total of 26 cargoes have been delivered from Egypt, with the bulk exported from the Idku facility. Most of the cargoes were shipped to Asian markets, with China taking eight cargoes, India with four cargoes, and two each to Bangladesh, South Korea, and Singapore. Keeping an eye on Europe, in addition to the Belgium shipment, Egypt has recently exported cargoes to Italy and Greece as European gas prices rival Asian spot LNG prices.

The resurgence of Damietta LNG plant aligns with Egypt’s plan to become a major supplier to Europe and a regional energy hub. Once it reaches its full capacity, Egypt will become one of the top 10 LNG exporters, according to Bloomberg. Now, with the Idku LNG plant and the resumed Damietta LNG plant, Egypt has a total  LNG export capacity of  12.5 mmt/y.