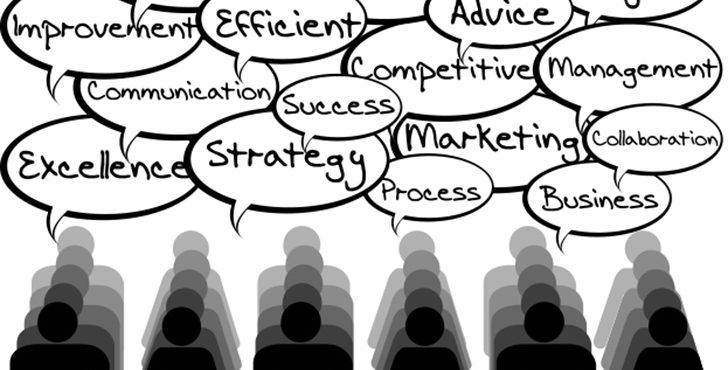 Oil and gas companies’ operations have often sparked the rage of the public protesting against damage that they caused to their environment. This has on myriad of occasions shaken the legitimacy of fossil fuel players. Energy companies have, therefore, found it essential to adopt corporate social responsibility (CSR) projects and initiatives in efforts to secure a ‘Social License’ within local communities and thus accommodate local, national, and international criticism.

The widely established notion of CSR strongly recognizes that the corporate sector, including energy firms, does not function in a social vacuum. CSR has thus developed within its scheme a new concept of social licensing, which is understood as an informal statement tacitly issued by local communities to energy players, as the Mining Facts Analysis published by Fraiser Institute argued in 2012. The then-Executive Vice President of British Petroleum, Dev Sanyal, eloquently expressed at PETEX 2012 Conference in London that “by contrast to oil and gas exploration licenses that are literal, tangible pieces of paper with signatures, the ‘social license to operate’ is a metaphorical concept, which indicates that companies cannot operate sustainably without the support of society.”

A social license granted to oil and gas companies refers to the level of acceptance and approval by local communities on the side of governmental approvals. In essence, Pierre Lassonde, President of Newmont Mining Corporation stated in 2003 that “You don’t get your social license by going to a government ministry and making an application for one, or simply paying a fee. It requires far more than money to truly become part of the communities in which you operate,” as quoted by the President of the Society of Petroleum Engineers, Nathan Meehan, in his opinion column published by the Journal of Petroleum in 2016.

Gaining trust and legitimacy in a community, where a firm operates, is increasingly essential for oil companies to be able to carry out their business as usual and to guarantee their profit generation. Preserving a social license for a company’s operations is inevitable as it enhances trust among local people, assures stakeholders of firms’ good performances, and protects a company’s reputation and brand. Indeed, a social license can also serve the overall CSR strategies since it secures effective use of companies’ resources by adjusting budgets to reflect on existing demands formulated by local communities.

In functional democratic societies, informally issued social licenses are indispensable for political support. In this regard, as stressed by the Mining Facts Analysis, governments can endorse the case for oil firms in obtaining official operating ones. Deficiency in society’s approval can otherwise cause costly delays to energy players’ business that would eventually harm the economics of energy projects, as argued in the article ‘Securing a Social License to Operate Is More Important Than Ever’ published by Exploration and Publication in 2015. “These delays are expensive, carrying both tangible costs like penalties and additional taxes, as well as opportunity costs,” Manager of PwC’s Sustainability Business Solutions, Britt Harter, was quoted in the article saying.

Therefore, the energy sector has largely adopted an approach to pursue visible CSR activities as a prerequisite for attaining a high level of recognition by societies, as 2013 Pacific Energy Summit statement on social licenses explained.

Whilst social license cannot be tangibly controlled by oil firms or governments, there are number of actions that could be espoused in this sense. The Pacific Energy Summit has introduced a set of principles and activities that should be implemented within CSR approaches. Centered on an ethical environmental behavior of oil companies, these actions aim at building a friendly relation with the local community and thus earn them their social license.

First is undertaking projects in an environmentally responsible manner including compliance with governmental regulations as well as non-formal obligations. Second, companies should provide support for local communities and ensure that they are not affected by their projects. And third, they should address concerns and issues raised by local communities to improve their projects and impact of their operations.

Social licenses are secured when good relationships are established and further recommended interaction with local people, groups, formal bodies, and organizations are abided by, the Mining Facts report emphasized.

Chevron, the US oil major, was one of the pioneers that wrote a success story of a social license with its liquefied natural gas (LNG) project in the Haisla’s territory in British Columbia, Canada. The company eyed the development of Kitimat LNG production in 2005. In the course of preparations, Chevron signed an agreement with the Haisla Nation of British Columbia and entered a mutually supportive and precedent-setting partnership with the community. Assessment and negotiations of the project concluded with the finding that moving Kitimat LNG to a different location will prove beneficial to both the energy firm and the community as it would minimize negative environmental effects.

Chevron’s willingness to change the location of the facility to an industrial area developed by Haisla was a success driver to the partnership. Chevron’s Chief, Steve Wilson, said: “The Haisla acknowledge the openness Kitimat LNG has shown throughout the environmental assessment (EA) process to take Haisla interests into consideration. Our community has much to offer the project and will gain significantly from the opportunities it will afford our residents.”

Involving the Haisla nation early in the implementation process has helped Chevron secure a partner in and an advocate for the project. Not only did it further LNG development in British Columbia, but it has also granted a social license to Chevron to operate in the Haisla’s territory. In return, the Haisla nation has emerged as a beneficiary to the Kitimat LNG project through a range of gains in terms of economic growth, employment, and social profits.

Innergex: From Acceptance to Approval

Another social license success story emerged in the headwaters of Lillooet River, also in Canada’s British Columbia. A developer of hydroelectric and wind power projects, Innergex, implemented a project in which it advanced hydroelectric facilities of more than 121 MW since 2008. Innergex has been engaging the aboriginal people of Lil’wat nation of British Columbia in the planning process and secured that they continued being involved in the processes throughout the environmental assessment study. The company’s CSR approach aimed at gaining the approval of the Lil’wat community by getting their input regarding their interests and issues of concern.

In essence, Innergex put forward the objectives of the project including establishing a working relationship with identified first nations before or early in the environmental assessment process, facilitating their involvement in all stages of project assessment and review, and consulting them on the effect of the project on the aboriginal people. Throughout the implementation phase, the Lil’wats were updated about the project’s progress, invited to periodical meetings, and provided with quarterly reports, and engagement tools. The community has, in addition, taken part in the environmental work associated with the project.

Eventually, the first nations moved from acceptance to approval of the project. Having been granted a social license, the company has boosted its capacities, outputs, and profits.

Innergex’s approach to social license in this project underscores the leadership that the emergent renewable energy sector has in engaging local peoples and stakeholders in natural resources development.

The practice invites other oil and gas companies to pursue socially responsible behavior with direct, long-lasting effects on the wellness of communities and the environment.

Formulating an effective and efficient CSR strategy with regard to local communities’ environmental concerns related to oil and gas companies’ operations in different localities brings with it profits, achievements, and gains. On the other hand, a failure to secure a social license in local communities weighs risks of plunging capital and revenues of oil giants and can eventually place all business profits at risk, impact a corporate reputation and reduce company’s market share. But how does it look like when a social license is revoked?

The case of BP’s Deepwater Horizon disaster in the Gulf of Mexico in 2010, considered to be the largest accidental marine oil spill in the history, is an eloquent example. The BP oil spill as a result of an explosion on a deep water horizon oil rig has triggered harsh criticism and legal actions. Following the incident in the BP’s Macondo Prospect, the US government placed a nine-month moratorium on all new deep-water offshore drilling. BP was fined to pay an amount of $18.7 billion as an environmental settlement for the US government and harmed communities.

Yet, this did not only affect the company itself, it impacted the entire sector. Other companies also lost profits and suffered delays, as explained by the Sydney Morning Herald article named Losing a Social License Can Hurt, published in 2011. Some firms even lost their viability. Texas-based Seahawk Drilling, a $300 million company that had no role in the BP disaster, filed for bankruptcy, citing the moratorium as the main cause.

Stakeholders now have the ability to impose additional costs on companies over a lack of social approval. They can potentially affect conditions of financing if an energy player’s position proves unsustainable due to raising resistance by local people and growing objections to environmental concerns over their businesses.

It is against this background that environmentalists around the world have staged a series of direct actions against the fossil fuel development projects. This followed an objective to ban energy companies from carrying on their business detrimental to the environment, while global warming increases and the world burns.

In the United States, for instance, several congressional bills were passed banning offshore drilling in some areas due to the damage it had caused to the marine fauna and flora. Similarly, as a part of the global ‘Break Free from Fossil Fuel’ wave of action, American Filipinos in Los Angeles marched in the city of Bantgas protesting the fossil fuel industry, most recently in May 2016. In the United Kingdom, activists temporarily shut down nation’s largest coal mine, according to an article by Zoe Carpenter published in The Nation in May 2016. In Australia, more than 60 people were arrested for blocking a rail line used to transport coal, while dozens more formed a floating blockade made of kayaks, sail boats, and surfboards in the harbor.

While the energy sector acts as a main pillar of the global economy, the mobilization by local groups in opposition to the sector can generate a wide array of both social and economic costs to industry actors, particularly, when these groups perceive that their interests and values have not been addressed or otherwise taken adequately into account. Yet, they can be greatly collaborative and help boost energy capacities of their communities under strictly observed environment protecting conditions, which would eventually balloon up oil firms’ revenues.

Global growing environmental awareness calls for strategies that would sustain social license of oil companies beyond satisfactory degree of tacit acceptance. If oil players are to be serious about maintaining their long-term operations, they may wish to re-think more profoundly how their activities relate to social contracts at the local, national and international levels. In relation to socio-environmental concerns, they would be able to choose to reach beyond a singular CSR tactic as mere acts of philanthropy, and instead adhere to environment-friendly measures. In the current climate, this seems to be a crucial step to take.