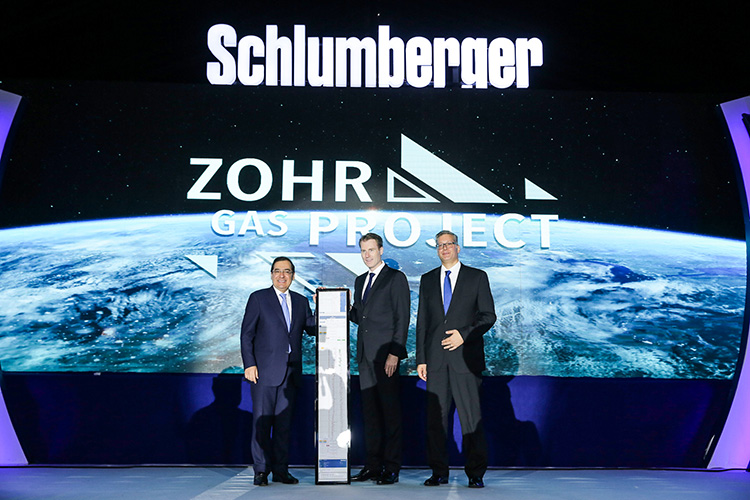 Schlumberger has spent many successful years supporting the Egyptian oil and gas industry. In celebration of its 80th anniversary in Egypt, the company inaugurated the Egypt Center of Efficiency (ECE) facility, located at the Polaris Industrial City in 6th of October. The celebration was held on December 12, at the ECE location.

During its 80 years in Egypt, Schlumberger has been instrumental in contributing to Egypt oil and gas industry through leading technologies, local content and expanded partnerships. “80 years in Egypt is something that we are very proud of,” said Karim Badawi, Managing Director of Schlumberger Egypt and East Mediterranean.

“The sense of cooperation and partnership that we all share together is essential. This is how we are able as an industry to reach key milestones and make key records in Egypt,” he added.

During the event, attendees were shown a documentary on Schlumberger’s 80 years in Egypt. The video included interviews with employees who have worked in Schlumberger during different times and who described their memories, what they learned, and what training the company has provided them.

The success achieved by Schlumberger was supported by the Ministry of Petroleum. The ministry’s “long standing endeavor has been to build and support partnerships and strategic alliances within all international operations that enhance the sector’s activities and help ensure a secure, affordable and sustainable energy supply,” El Molla stated.

“Egypt is keen on enhancing co-operation with Schlumberger as one of our key partners, and we are looking forward to another 80 years of success,” he added.

Enhancing its presence in Egypt, Schlumberger inaugurated the ECE facility. “The ECE is one of our largest facilities in the world bringing the latest in oil field technologies and providing a platform for teams to deliver the highest safety and quality for our customers in the region,” said Kibsgaard

“The inauguration of such a major integrated facility in Egypt signals the company’s commitment to invest in Egypt,” El Molla highlighted during his speech.

Cooperation between Schlumberger and the ministry is yet to be seen on different levels. However, during the event Schlumberger signed three memorandum of understanding (MoUs) that signal future cooperation.

Badawi signed a third MoU with Petrojet’s Mostafa which will further cooperation in processing and separation systems.

Kibsgaard expressed excitement about the MoUs, “that will further reinforce collaboration, particularly in the areas of HSE, creating new partnerships and new technical solutions in the country.”

Following the inauguration, attendees visited an exhibition at the ECE location, where Schlumberger showcased a number of its products, including virtual reality (VR) technology.

The exhibited VR technology was a pair of glasses that trainees could put on to give them the feeling that they are in the field, so that they could identify the hazards.

The products exhibited also included the Saturn 3D Radial Probe, which supports the borehole and enables formation testing, and SenTURIAN E&A, which enables operators to control well testing operations and to protect their assets.

El Molla and industry leaders then toured the facility where they could appreciate the size, organization and equipment of the ECE.

Schlumberger has been growing and going through a successful journey in Egypt. The company is still looking forward to a flourishing future through collaboration with the Egyptian oil and gas sector. Schlumberger will add to developing the industry and the country’s youth through future MoUs and agreement with the Egyptian ministry.