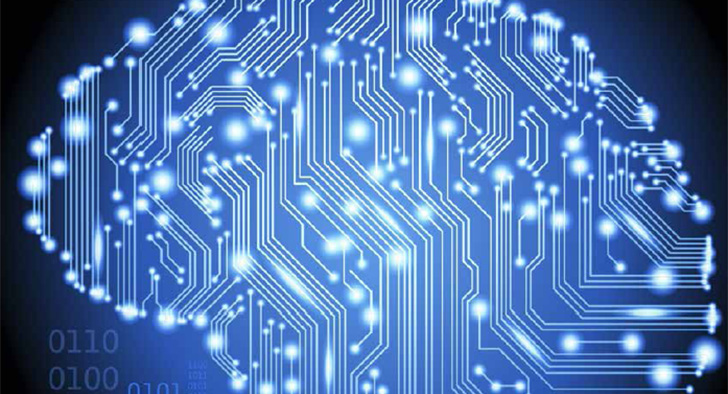 Human resources, or more aptly human capital, is a vital component to delivering quality services. The impact of people on an organization’s output can multiply the efficiency of production tools, or on the other hand, render them useless.

Although the act of extracting petroleum resources from below the surface of the earth is called production, it has little to do with traditional manufacturing processes adopted in factories. Oil and gas upstream activities involve a series of specialized services in drilling, engineering, and operations. These professions require functional academic studies as well as ongoing practical training. Oil & Gas UK Demographics Report states that the average age of offshore workers is around 40 years old, signifying the number of years it takes an upstream engineer to accumulate necessary competencies and skills.

Within the global oil and gas market, companies have been witnessing brain drain due to restrictive investments and downsizing brought upon by the decline of global oil prices. The large scale exodus of highly educated, skilled, and talented people can result from turmoil within a country, from better professional opportunities in other countries, or from seeking a better standard of living. In addition to occurring geographically, brain drain may occur at the organizational or industrial levels, when workers perceive better pay, benefits or upward mobility within another company or industry.

The Economics of Brain Drain

The phenomenon of brain drain has left some harmful effects on developing countries because the talented and skilled professionals have immigrated to richer nations. Consequently, some of the outcomes of brain drain have resulted in lagged rates of development and production.

If investors struggle to find suitable local personnel to explore and develop discoveries, they will either rely on costly foreign expertise, or simply move their investments elsewhere. In this instance, brain drain will have a circular cause-and-effect outcome. Skilled labor turns to overseas opportunities because they cannot find meaningful employment in their home countries. As a result, the market suffers from a shortage of appropriate skills. Accordingly, this can discourage investors from injecting funds into the country, which in turn limits employment opportunities. On the other hand, Gavin Wallis concluded in his study on The Effect of Skill Shortages on Unemployment and Real Wage Growth that increased skill shortages lead to an increase in real-wage growth, while reducing unemployment, which is advantageous to those professionals remaining in the country.

Although the initial annotation is to believe that brain drain would have only negative impacts on the country that is losing the talent, yet it may also bring about numerous benefits for source countries. Expatriate remittances play a significant role in supporting a country’s Gross National Product (GNP). Case in point, the Egyptian government issued high yielding certificates of deposit (CD) in foreign currencies after devaluing the EGP in early November. Accordingly, the government hopes to increase hard currency influx from Egyptians working abroad.

In addition, Eng. Mohamed Badr, Chairman of Oil & Gas Skills (OGS), a training and consultation company established by the Ministry of Petroleum in 2005, stated that “qualified Egyptians working abroad are a national wealth because they provide USD income for the country. Exporting knowledge workers relieves the government from the burden of unemployment because this opens up opportunities for new graduates.”

Brain Drain in Oil and Gas

A deficiency in capable human capital can occur in any sector within any country or region. Yet, for the oil and gas industry, there are specific challenges that have led to brain drain in certain areas. The industry already suffers from a skills shortage, recognized by all to be a threat to future growth and a potential major risk for employers.

Europe’s oil and gas industry has been suffering from a brain drain of skilled workers to regions such as the Middle East and Russia, which are investing heavily in building infrastructure and can afford to pay ‘top dollar’. Furthermore, many countries, particularly in Asia and South America, have focused on campaigns designed to repatriate skilled workers currently working abroad to solve their own skills shortages. These campaigns, backed by generous remuneration packages from employers ‘back home’, further contribute to skills shortages in the European host countries.

In 2015 during the third GCC Leadership Conference, titled Developing Energy Leaders, Bahrain’s Energy Minister at the time, Abdulhussain Mirza, stated that Bahrain and other Gulf countries were facing a brain drain in the energy industry, with fewer young people seeking jobs in the field. He said more is needed to be done to attract young people to careers in oil and gas, adding that a shortage of potential recruits was a serious concern, both locally and at the global level.

This situation was amplified by a wave of layoffs, as organizations cut headcount to keep overheads down. HAYS, a leading global professional recruitment group warns that such organizations risk damaging their ability to attract talent when the industry picks back up. Eng. Samy Fahmy, Senior Contracts Engineer at Mubadala Petroleum, agrees: “Oil and gas industry at the moment is full of redundant positions due to the declining market prices, the cancellation or freezing of many projects, and the exploration activities. Many oil and gas operators and service providers had to lay-off many of their highly skilled professionals simply to reduce their operating expenses.”

According to HAYS Oil & Gas 2016 Compensation, Recruitment, and Retention Guide, the industry risks losing considerable knowledge and expertise as older workers retire without training the next generation. Thirty-six percent of employers cited a lack of succession planning for knowledge transfer and skills retention as the contributing cause to the skills shortage, with Engineering & Design, Operations & Maintenance, and Petrochemicals suffering the most.

A succession plan is a great way to attract candidates as well as bolster confidence with existing staff. Devising a succession plan does not have to be a costly or complex exercise and should be looked at as a key component to a long-term growth plan.

Mubadala’s Fahmy stressed that “oil and gas firms should deal with their highly skilled professionals as assets to be developed, rather than expenses to be cut.” He also pointed to the importance of job security, which “is a key towards long term stability and outstanding performance,” as he explained.

OGS’ Eng. Badr concurred. He stated that employee retention depends mainly on “work atmosphere and work environment.” In his view, the oil and gas companies should use “clear career paths, people development plans, competitive compensation, and special bonuses, linking pay to performance and acknowledging the importance of technical employees” as tools to retain qualified staff.

Additionally, the looming retirement of thousands of older workers had companies trying to plug the gap by training younger employees and recruit outside the industry. Furthermore, the firms were to left to entice veterans to hang on longer in order to benefit from their experience as these employees have spent years trying to prepare for their leading roles, as an article by Alex Nussbaum and David Wethe, titled ‘Oil Industry Dealing with Brain Drain,’ clearly stated.

Senior Contracts Engineer, Fahmy, added that “motivating skilled professionals and allowing them to think differently of smart alternatives to cope with market challenges, will definitely increase their loyalty being part of the decision making process.”

In line with that, Baker Hughes Inc., the oilfield services company, runs a mentoring program for young engineers. Exxon Mobil Corp. has spent about $2.6 million on workforce training initiatives in the Gulf coast over the last decade.

Human Capital as a National Wealth

Enticing and retaining young professionals has been implemented in a more complex way through various national schemes. It is important to acknowledge that governments have had macro-impacts on retaining skilled professionals within a country through enhanced investment environment, governance, transparency. Numerous African governments demonstrate this noticeably.

Governments of Nigeria, Tanzania, South Africa, and Kenya have responded to the challenges by passing bills aimed at attracting investments. Nigeria’s federal government has pledged to restructure the state-owned Nigerian National Petroleum Company to improve transparency and corporate governance and to build trust with foreign investors.

Similarly, the Egyptian government has taken positive steps to develop an encouraging investment environment to attract international oil companies (IOC) and motivate them to inject additional funds into the Egyptian market. The ministry is working on liberalizing the gas market, while promoting the privatization of midstream and downstream oil companies. Furthermore, the government has floated the Egyptian pound against the US dollar and opened up the foreign exchange market to address the shortage of hard currency. Accordingly, these steps will help IOCs improve the efficiency of existing fields, while expediting future explorations, thus, creating additional employment opportunities within the field.

Egyptian General Petroleum Corporation’s Deputy CEO of Production, Diaa Eldin M. Kassem stated in an interview with Egypt Oil&Gas that the country is embarking on a complete overhaul of the oil and gas sector under the Ministry of Petroleum and Mineral Resources’ Modernization initiative. In explaining the scope of the project, Kassem said it encompasses “every aspect.” “We are talking about upstream, downstream, legality, people, everything. Putting the teams together and getting these people involved with the companies, and having companies help each other.” Under the strategic initiative, which will be implemented by OGS, Egypt will promote knowledge sharing among various firms working in the field. OGS’ Senior Consultant and Agiba Petroleum Company’s former Chairman and Managing Director, Geologist Mostafa El Bahr, said that under the modernization framework, “knowledge transfer goes without saying. When staffs from different companies go through the same training systems and have similar positions and career paths, then skilled workers can be moved from one company to another to address skill gaps.”

At the end, it is in the best interest of everyone involved, from governments, oil majors, and professionals, to work together on implementing mechanisms to ensure a balance of necessary skills within the oil and gas sector. El Bahr eloquently stressed that “Egypt has a wealth of resources, whether natural or human. Accordingly, human resources required preparation. We need to invest in people from childhood.”  He added that “IOCs maintain the quality of oil and gas technical skills in the market by transferring their global knowledge and know-how to national personnel. They do this because it has a mutual benefit, as the IOCs will be able to maintain efficient quality operations at local prices for the cost of salaries.”

Even in times of low investments, IOCs will not be able to stop income-generating production activities, accordingly, they continue with people development plans. As a result, companies such as OGS provide ongoing training programs to meet market needs in order to sustain foreign investments in the country’s human capital. This is only made possible while IOCs remain operating in Egypt as long as the government maintains a healthy investment environment. In light of all this, influxes of skilled Egyptian recruits keep the sector prosperous.