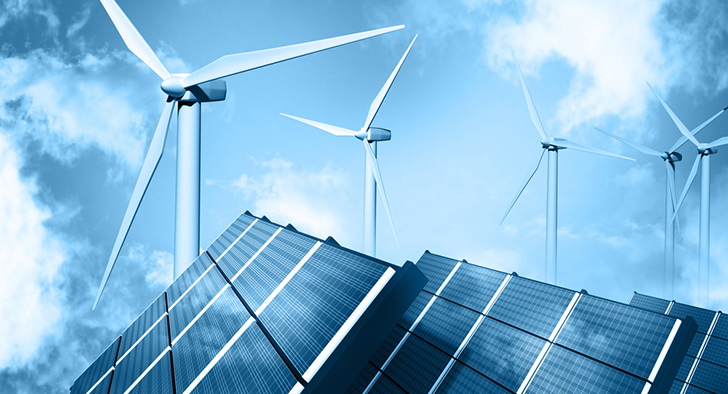 The response of various governments and other policy makers and advocates to the worldwide emergence and ongoing development possibilities of renewable energy, particularly of the wind and solar variety, has been inconsistent. The spectrum of policy implementation ranges from ardent promotion to tepid indifference. Renewables’ penetration into the various grids of the world appears, more often than not, to correspond to the degree of promotion of renewables extant in each locale.

Thus Germany, cloudy and tilted away from the sun at an alarming angle, boasts not only a world-class economy but world-class renewables penetration, currently over one-third on the average and approaching 80% on certain summer days with wind in the north and sun in the south, an amazing result that reflects a conscious, orchestrated move away from nuclear after the Fukushima accident. Chile conversely, with clean, low-latitude deserts in the north backed by an impressive economic engine, comes in at 3% excluding hydro as recently as 2014, though it is now starting to catch up quite rapidly.

One might conclude that renewables development is driven by policy. Policy certainly is important, especially in a mature and strong economy where the voters have generally uniform priorities. But the full story behind the remarkable success of renewables in the last ten years is at once more complex and more interesting than policy alone — examining other facets of the renewable development phenomenon yields additional insights which are relevant to the current mix of opportunities and challenges which Egypt faces.

We begin with the common response to the question, “Why renewables?”, the answer being that greenhouse gases are unavoidably emitted in large quantities when fossil fuels are burned: burn less of them and release less CO2 into an atmosphere which is generally conceded as being unable to absorb unlimited greenhouse gases without unleashing climate catastrophe. But this is a policy answer, and not a complete answer. In many parts of the world, the belief that the planet will become uncomfortable or uninhabitable after 2 or 3 degrees Celsius of temperature rise is not the primary driver of individual choice. Rather, individual energy consumption choices have been, and probably will continue to be, driven largely by two factors.

The first is cost. The percentage of people in the world who not only are able but also willing to purchase expensive energy merely because it is the correct policy choice is lower, by orders of magnitude, than the percentage of people who choose, out of necessity or otherwise, to purchase the most economic energy available. Because of this reality, the most progress to date in moving the world toward a higher renewables mix has happened where the higher cost of renewables has been paid by somebody other than the final consumer. No doubt the consumer pays for it one way or another, either directly at the meter or indirectly by being taxed for the interest on the sovereign debt incurred to fund and subsidize it. But in the latter case the degree of angst does not rise to the level of resistance that would ensue if electricity consumers were forced to simply pony up for more expensive electricity because it is good for them. So without a cost solution, traditional thinking is that renewable energy will not prosper. But now another factor is in play.

The second factor is harder to define but can be illustrated. Solar panels have been in existence for more than 50 years; the underlying technology is not new, though it has been endlessly refined and streamlined to the point of near-parity with fossil-generated electricity. There have always been people willing to pay for renewable energy just because it is cool. Hobbyists with extra cash have been installing PV panels for decades, certainly not because of cost efficiency. In the United States, at times when the future of tax credits for wind energy were under partisan congressional review, several communities who fit in high on the economic spectrum offered to continue buying wind energy and make up the difference themselves if federal tax credits were not renewed, thus ensuring the continued development of a technology that was preferred on a basis other than economics. Similarly, The Economist recently published an article about manufacturing difficulties in the Tesla SUV model, citing growth pains in that company. A particular customer being interviewed said that she was willing to give Tesla plenty of opportunity to fix the falcon wing doors that would not open. Then she noted, with unusual candor, that she would have been furious if the same thing happened to her Cadillac Escalade. This even though the energy to charge her SUV’s batteries is largely generated from fossil fuels, albeit somewhat more efficiently than the direct internal combustion of her more traditional vehicle. Tesla very cool; Cadillac a little less so. We can call this the T-factor.

So while it is undoubtedly true that the renewables industry has been able to find its way to near-parity to fossil generation costs on the basis of the support of certain governments in the developed world, such as Germany, and relentless pushing down of manufacturing costs in other countries, such as China, one could posit that without the T-factor such policies would not have been so firmly entrenched and so easily accepted by the taxpayers in the first instance.

Countries such as Egypt are placed to benefit from extensive development of renewable technologies. On the technical side, renewables are capable, over a large geographic area, by strategically deploying wind, PV and CSP, of mimicking a traditional base-load generation profile. (Renewable energy is not necessarily callable for peaking purposes, but mid-day loads can be at least partially served by PV, in some instances even backed by CSP on cloudy days.) These technologies have not been deployed on a consistent basis world-wide in combination and to that level, but the technical capability exists to achieve much higher levels of grid penetration than has been achieved to date.

On the economic side, the story is encouraging for developing economies, for which shortages of foreign reserves seem to consistently frustrate development efforts. Many economies throughout the world are hampered by persistent shortages of hard currency to pay for imported fossil fuel. For these economies, including Egypt, one alternative worth considering is that of widespread deployment of the three principal renewable energy technologies. Even at an increment in cost over fossil fuel options, there are appealing arguments for this approach.

Multilateral and other social lenders are driven by policy, and two prominent policies are served by such investments. The first is aid to developing countries. The very economies that face foreign reserve shortages are frequently eligible for assistance from institutions such as the World Bank and EBRD. Thus, the initial, higher up-front investment in renewable generation can be largely compensated for through enhanced financing alternatives. The second is to invest in technologies that minimize CO2 emissions. Though individuals, and even individual countries, may not place paramount importance on the green aspects of infrastructure development, these institutions are fiercely driven toward climate-friendly policies not only internally, but externally by the countries that sponsor them.

During operation, fossil-fueled power plants pose a continual drain on foreign reserves, either through direct purchase of imported fuel using hard currency, or through the lost opportunity cost of burning fossil fuels that could be exported to generate foreign currency reserves. Renewable energy generating facilities, of course, face no such limitations. Their fuel purchase costs by definition are nil.

Renewable energy development is not forecast to replace fossil fuels in the near future, though the conversion may occur faster than expected. Indeed, fossil fuel’s share of the electricity generation market has not appreciably reduced in the last ten years, in large part due to the mothballing of nuclear plants. For the moment at least, there is room for all established technologies. In choosing the proper mix, Egypt finds itself in a position of benefitting from the path laid down by others, being able to replicate their successes and avoid their mistakes. In doing so, it should seriously consider an emphasis on renewables for a significant portion of its new generating capacity.