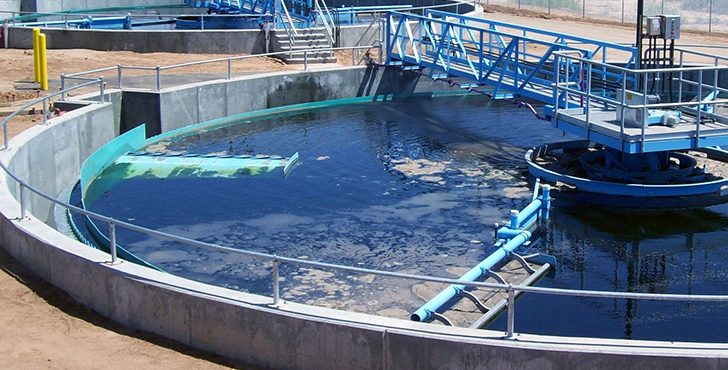 The Egyptian Refining Company (ERC) aspires to become a role model for national projects aimed at adopting environmentally friendly operations to meet national and international standards. The ERC has developed a project that is being implemented through its Mostorod refinery site.

It envisions enhancing refinery’s environmental performance, achieving efficiency, and adopting corporate social responsibility approach. ERC’s ultimate goal is to produce high-quality products and an added value with benefit to society as a whole.

With the expansion and development of the Egyptian economy, the domestic demand for re-fined petroleum products, especially diesel, has increased. In addition, as more natural gas is utilized to meet Egypt’s expanding requirements for electricity, domestic demand for fuel oil, on the other hand, decreases.

Nonetheless, technology applied in most of Egypt’s refineries produces large amounts of fuel oil, but the growing demand targets lighter products, which has become one of the most im-portant challenges that Egypt’s oil and gas industry is currently facing. The ERC’s Mostorod project therefore aims at paving the way for solving these difficulties.

Within the complex, ERC refines atmospheric residue (similar to mazut) obtained from CORC’s oil production to process high quality fuel for the greater Cairo area. The fuel is then sold to Egyptian General Petroleum Corporation (EGPC) allowing the country to reduce its current dependency on imported petroleum products.

The ERC Mostorod-based project that expands CORC refinery’s capacity, demonstrates ad-vantages of a private-public partnership. While EGPC owns a 24% share in ERC, the remain-ing interests rest with other shareholders from among Egyptian and Arab investors, devel-opmental, and international banks.

The Mostorod refinery project promises to generate several economic benefits in a short term and environmental and social advantages in a long run.

The CORC refinery processes crude oil to produce numerous products, 67% of which in-clude what is known as atmospheric residue. However, the CORC lacks technological facilities and equipments to further process the residue to be able to develop products currently at high demand in the local markets.

Therefore, under the current project, ERC purchases the atmospheric residue from CORC, and using the latest technology, it processes it to produce liquid products, currently still be-ing imported from abroad. The liquid products, including the coke and sulphur, generated by ERC are sold to EGPC for distribution within the Egyptian market.

The ERC project is designed to help reduce Egypt’s dependency on imported petroleum products. The project will contribute to lowering the volumes of imported diesel and benzene by about 50% and thus help to prevent fuel shortages. For the first time, Egypt may enjoy locally produced diesel at international standards.

In a longer term, the Egyptian government will also benefit from saved overall costs of over EGP 1b each year as transportation and insurance expenses will decrease in addition to cur-rently recorded product shipment losses. It will further generate revenues through storage and processing fees.

Meanwhile, it is expected that the project will provide 7,000 jobs during the construction phase, resulting in 700 permanent positions over its25 years of operations.

Overall, as the Mostorod refinery project is implemented with 70% of foreign investments received from different funds, it suggests that investors’ trust in the oil and gas sector in Egypt is slowly being restored.

ERC’s prime objective is to tackle environmental issues and to create an environmentally friendly complex paying special attention to water treatment and reduction of air pollution.

Within the project, a three-phase industrial wastewater treatment will be established based on the highest local and international standards. It will guarantee that water will no longer be discharged directly to the Ismailia Canal. Instead, wastewater will go to sewage after being de-toxicated at newly installed filters and treatment units. This will improve the water dis-charge and the overall quality of the Canal waters.

Further, the refinery will use a closed circuit cooling towers and thus help saving a large amount of water previously exploited also from the Ismailia Canal.

Extracting sulphur and converting it to solid sulphur will also reduce sulphur dioxide emis-sions, which come from burning of fuel, currently at the level of roughly 186,000 tons/year. The plan is to reduce the overall amount by 29%.

ERC will also provide CORC with low-NOx burners to replace the existing ones and thus fur-ther reduce the NOx emissions.

The production of fuels other than high-sulphur mazut will also be in line with the European Unitarian Universalists (EUU), standards. The refinery will install environmental measuring equipment in line with international norms to measure and monitor emissions into the air.

Similarly, the refinery will install new fittings and valves, which will further decline the vol-umes of air polluting emissions.

Implementation of some environmental improvements will come at a total estimated cost of $56.3m.

In addition, ERC will also equip floating-roof warehouses of the Petroleum Pipelines Compa-ny with double blockers to prevent leakage of gas emissions into the air.

ERC plans to actively engage with communities, tied to the project, through a variety of activi-ties such as meetings with community members and NGOs and opening Community Rela-tions Offices to serve local needs.

ERC will also deploy Community Liaison Officers and establish Grievance Mechanisms to ad-dress community’s issues that may arise in connection with the project implementation.

Moreover, ERC will also develop a program for Vocational Training and Life Skills Develop-ment Scheme to serve the basic needs for employment within the community.

As ERC aspires for environmentally enhanced performance of its refinery, the Mostorod modernization project has previously undergone a series of studies on environmental effects conducted by specialized departments of the Egyptian universities and by state agencies.

As a result, the Mostorod project was granted approval by Cairo, Ain Shams, and Alexandria universities. It has also received a permit issued by the Egyptian Environmental Affairs Agency as well as by Egyptian and international environmental bodies of experts such as Worley Parsons. The Governorate of Qalyoubia had also approved the construction of the re-finery.

The ERC plant operations are envisioned to continue for the next 25 years with a positive and promising outlook.