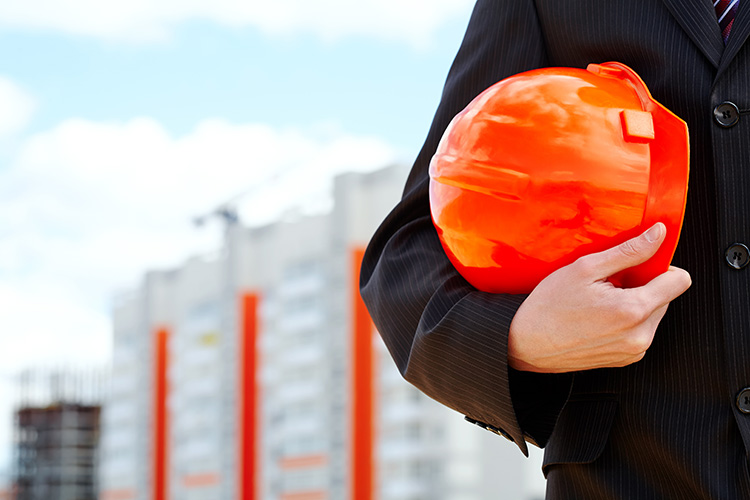 The oil and gas industry is always changing; seeking advancement and improvement, whether it is in areas of technology or operations. However, acquiring and developing human resources should not be ignored, as calibers are the linking point between the present and the future. There is a myriad of qualified engineers, geoscientists, and professionals in the oil and gas industry. However, the abundance of one entity could lead to drastic changes in the future. According to a research published by the Italian National Research Council titled ‘The History of Brain Drain’ defines Brain Drain as “the emigration of highly trained or qualified people from a particular country”. This would mean that “the national sector would eventually lack the necessary skills and competencies required to better plan and lead the Oil and Gas sector, the biggest investment-attracting sector in Egypt,” Ayman Hosny, Senior Reservoir Engineer at Shell, said.

Brain Drain, also known as Human Capital Flight, describes the emigration of experienced, highly-qualified individuals from developing countries to seek better opportunities in developed countries. In most cases, the migration of expert professionals and skilled youth in the industry tend to create a void in the competition which could lead to an economic dilemma. This phenomenon gradually decreased in Egypt from 2011 to 2016. However, in the past few years this phenomenon began to rise again.

According to Fragile States Index, powered by the Fund for Peace, on a scale from one to ten (one being the lowest and ten the highest), Egypt scored 4.7 points, in 2017. This marks Egypt’s tipping point on the index, which measure the progress of developing countries on the Human Flight and Brain Drain scale. Meanwhile in 2019, it increased to reach 5.3 points, ranking at 34 out of 178 countries. It should be noted that this surge covers all of Egypt’s sectors, including oil and gas.

Mazen Mohamed, Reservoir Simulation Engineer at Gulf of Suez Petroleum Company (GUPCO), weighed on the topic by stating that, “Sometimes the lack of robust managerial system in the organization can be the main driver to the individual to quit the job and go abroad.”

Hosny echoed the sentiment and elaborated that in terms of financial compensation, the gap between the national and private sector is a key element that contributes to Egypt’s Brain Drain. Furthermore, in an online survey conducted by Egypt Oil & Gas (EOG) in January of this year on Egypt’s Brain Drain in the oil and gas sector, findings have shown that out of 48 individuals, 44.1% advocates for the need of having a better financial compensation. Hosny added that “ the system in the national sector does not allow the out-performers to faster-track their career paths and get to leadership seats faster than others, so far it is all dependent on years of experience regardless of how competent or skillful you are, which may be frustrating to some people who could have better careers elsewhere.”

Our survey has shown that 76.5% work in Egypt’s oil and gas sector, in which 61.8% of them plan to work abroad in the future. These statistics indicate a grave imbalance and a shortage of competent professionals in the oil and gas industry.  Brain Drain is becoming a global phenomenon and its effect could drastically change the industry in developing countries. Human capitals need trainings and, accordingly a luxurious financial budget, noted Radwa Tolba, International Human Resources Generalist at Apache. Tolba added that the “redistribution of manpower across the sector may help in raising the awareness and enrich the human capital all over the oil and gas sector”.

“I think providing students with beneficial workshops to apply the things they learned in real life, give them projects and case studies to work on I think this way students can learn and try for themselves,” Farah El Tatawy, Petroleum Engineer at Tank Oil Group, commented.

In light of those findings, the government implemented several training programs to further eliminate Egypt’s human flight migration. These programs are structured and oriented to improve the abilities of versatile people at the oil and gas industry; ranging from engineers to geoscientists and other professionals. The government also cooperated with a variety of international oil companies (IOCs) which allows it to provide a worldwide view of the industry as a whole to the Egyptian participants of these programs.

Such programs have shaped the geoscientists of today. For instance, Al Amal Program is considered one of the most well-received programs among the community, which was founded by the Egyptian Geophysical Society (EGS) in 2007. The program aims to develop and hone skills of future geoscientists in Egypt, so that they would be able to easily adjust to today’s petroleum industry. “Al Amal program is designed to introduce the graduates to the industry to understand the working environment and how they can apply what they have learned in the real life,” Samir Abdelmoaty, founder of Al-Amal Program and Country Manager at Rockhopper Egypt, said. Abdelmoaty mentioned the value of creating a connection among graduates and experts not only to share their expertise, but to give them hope as well.

Another impressive initiative is BP’s Egypt Cambridge scholarship, which encourages graduates to purse a Master’s degree in the UK so as to build on their knowledge and expertise. After successfully finishing the Master’s program, the students return to Egypt and implement the techniques and operating strategies they have learned within the local industry. Thus, elevating the sector’s standards while also enhancing production.

In addition to the BP’s Masters program, there is a dozen opportunities for anyone to learn and develop skills through the countless programs offered by Eni Corporate University, which is an entity of Eni. The university offers programs such as Eni’s Masters Program, where they offer up a great number of scholarships in different Energy fields. The Masters Program allows the meritorious students to, not only access to advanced academia, but also includes practical training in the field of choice so as to create a carefully composed and a balanced individual. Not only that, but Eni also offers an internship at the company along with the scholarship which encourages the improvement of one’s capabilities. This ultimately gives a boost to the awarded students to excel, allows them to broaden their minds, as well as exploring the untapped areas of the oil and gas sector.

However, our EOG survey has indicated that 67.6% of professionals in the oil and gas sector were not aware of most training programs as students, thus promoting them among students should be a priority. Tolba elaborated that these programs “will help in sustaining the youth and the professional human capital in Egypt as they will also have engagement to their sector and their county, and it will make them eager to give more to their homeland.”

A Look into the Future

While the programs provided by the government and IOCs have contributed in decreasing Egypt’s Brain Drain in the oil and gas sector, improving the educational infrastructure and providing adequate research facilities could also go a long way. Abdelmoaty provided a forward-thinking approach regarding this, stating that “we should not wait for the graduates to join the industry. We need to start at the universities, develop and update the curriculum, provide experienced advisors or lecturers, provide case studies and build the partnership with the universities to work on real projects. Companies have projects, and universities have research capabilities. We need to develop a partnership.” As the oil and gas sector vastly changes, it faces many challenges along the way, including Brain Drain. However, one should not forget to improve the bane of its existence; human resources.