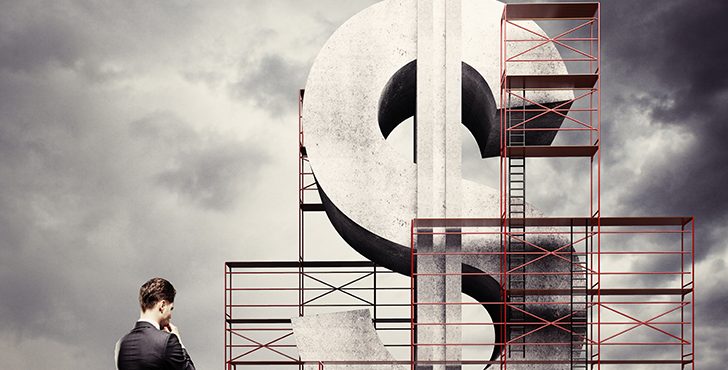 By Ghada A. Abdallah

In the global low oil prices environment, oil and gas companies are facing a decline. Costs for field exploration and development are higher than generated profit. Major oil producing companies in the region are reported to have slashed their budgets by 40% to 50%, and cancelled as much as 50% of their planned operations.

The issues that the oil and gas industry in Egypt is currently facing are strongly linked to the recent devaluation of the Egyptian pound against the US dollar. The Egyptian oil and gas industry is highly dependent on US foreign currency as all agreements are concluded in US dollars. Most of the equipment required for the drilling is imported from foreign countries and the method of payment is also stated in the foreign currency, which became harder to obtain.

In response to the currency crisis, some exploration companies paused or stopped their drilling projects at an unprecedented level. “Those with 6 rigs reduced their activities to one rig only,” estimated El Khouly.

Further, the Egyptian major corporations in the field of oil research and exploration took other measures to counterbalance the decline. Some of them started reducing labor costs with some 25% to 40%, Egypt’s ex-Minister of Petroleum and Mineral Resources, Osama Kamal mentioned in a statement to the Egyptian press earlier this year.

In the wake of financial difficulties, El Khouly suggested as a temporary solution to convince contractors to deal officially with the Egyptian pound. In line with that, El Khouly adds that the focus should also shift more to gas drilling as gas prices were not severely affected.

In the midst of the ongoing decline, international oil companies (IOCs) face further complications in Egypt. Eng. El Shazly said that obtaining an approval by different governmental authorities can be a time consuming endeavor. It is one of the main obstacles hindering fast implementation of various energy projects in the country, he added. As a solution, El Shazly suggested that if a special government representative was assigned to work closely with investors, it might help to guide IOCs through the entire bureaucratic process to acquire all approvals and enable a smooth process in launching different projects.

In addition, El Khouly addressed the issues that emerge when a foreign firm wished to establish a branch in Egypt. She pointed to the difficulty in finding an empty space within the free zone system in the country regulated by the Investment Law No. 8/1997. According to her analysis, the government should “focus on further legal amendments related to free zones in order to allow the international companies to open their branches and conclude all official requirements within a certain validation period of up to a month or two.” The government has recently addressed these questions.

In light of the challenges, the Egyptian government has undertaken active steps towards a solution. One of the key aspects is legislative reform. The Investment Law has been revisited and has introduced regulations and procedures that would allow larger investments flow into the country.

Law No. 117/2015 issued in March last year proposes a series of non-tax incentives for oil and gas companies. The incentives include granting residency to foreign workers, flexibility in choosing the area of investment and projects’ legal forms, and cancellation of limits to capital spending.

Projects, which are deemed to be able to contribute to Egypt’s overall economic development, can benefit from further incentives such as payment facilities, total or partial refunding for utilities costs to investors, reduction of the unified custom rate on machinery and equipment from 5% to 2%, and decrease of the sales tax on imported tools and equipment to 5% instead of 10%.

Another incentive comes in the form of low cost land. It enables the government to allocate lands to investors for exploration and production for lower prices, and further allows investors to pay the price for the land first after they have launched the project.

One of the features of the law is to facilitate incorporation procedures through a single governmental authority, the General Authority for Investments and Free Zones (GAFI), as PwC Middle East Tax and Legal explained in a brief. GAFI can grant lands and real estate for projects free of charge for the period of five years starting from 2015 based on certain technical and financial capabilities of investors that are assessed by the cabinet as highly profitable to the development of the country’s industry.

In addition, projects that are established as free zones are no longer subjected to import and export rules regarding the purchase of the necessary components from the domestic market, according to the law.

“GAFI has also established an economic program to attract foreign investors, along with an average reduction of 35% on customs duty and tariff simplification,” as Eng. Ahmed El Shazly, said in his statement to Egypt Oil&Gas.

In the last two years, and despite the foreign currency and devaluation crises that Egypt has been struggling with, the Ministry of Petroleum has adopted a viable strategy to achieve significant growth in the field of energy.

In this period, Egypt signed 66 agreements for new upstream oil and gas blocks, securing a minimum commitment of $14 billion.

Eng. Tarek El Molla, the Oil Minister stressed on numerous occasions that the Egyptian General Petroleum Authority (EGPC) was preparing new international bid rounds to invite investors for projects in the Nile Delta and Western Desert. The minister informed that 28 blocks in total will be open for bidding in the Mediterranean, Gulf of Suez, Red Sea, and south of Egypt. Most recently, 11 blocks were offered for IOCs to bid on, with more blocks scheduled to be open in this year.

International oil companies praised the exerted effort by the Egyptian government. In her statement to Egypt Oil & Gas, El Khouly further emphasized that the plan to link eight projects to the national gas network with total investments worth more than $1 billion will contribute to increasing gas production, expanding gas pipelines, and delivering natural gas to homes. There is also a plan to convert cars to operate on gas that can generate further benefits in the environment of the devalued Egyptian pound, added El Khouly.

In close negotiations with foreign partners, Egypt’s Oil Ministry has succeeded in decreasing foreign oil companies’ dues regardless of the Egyptian pound devaluation. It was recently reported that Shell and British Gas (BG) have reached an agreement with the Egyptian Petroleum Ministry to obtain $400m of their financial dues by the end of June with a goal to straighten trade balance with the two majors by the end of 2016.

Speaking at the Offshore Mediterranean Conference in Alexandria in April, Minister of Petroleum and Mineral Resources expressed broad support to international energy partners in the country and stated that the ministry is pleased with mutual understanding that defines cooperation in the oil and gas sector between the Egyptian authorities and IOCs. Openness and flexibility that guard the development of the Egyptian energy sector are shaping positive prospects for all involved actors in the future.

As the Egyptian government has pursued a purposeful strategy to attract foreign investments enhancing the oil and gas environment in the country, the Oil Ministry is thus confident to resolve the remaining challenges ahead.

The aim is to boost domestic supply for exponentially increasing energy demand and secure competitive environment despite temporary lack of foreign currencies. In trying to satisfy international partnerships’ needs, the country has also embarked upon green energy investment strategy that will allow diversification of capital burden and thus further boost prospect for economic development and self-sustainability of the country.