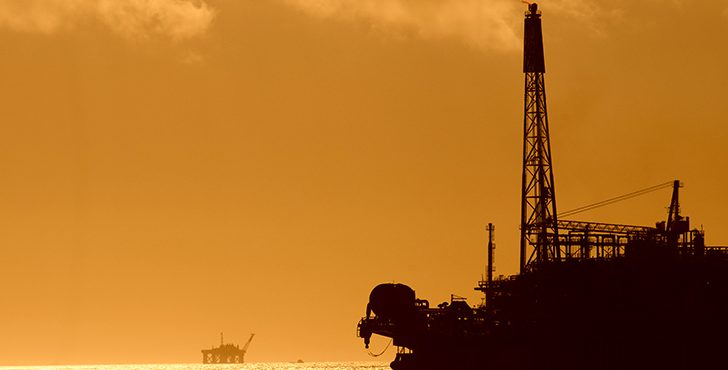 Routine gas flaring is a dramatic example of what should urgently be eliminated. There is no benefit to it from the monetary point of view, except in a rare number of cases. Given an enormous dimension of the problem, could routine gas flaring really end? Is it an issue of willingness, financing, or knowledge?

Norway has evidently demonstrated that the practice is possible to eradicate. In this Scandinavian country, flaring takes place occasionally, primarily for safety reasons both offshore and on land, but routine burning is banned since 1971. The country is a global positive example where direct state regulations and strict environmental mechanisms resulted in an extraordinary accomplishment.

The country instituted regulatory measures that have significantly reduced gas flaring while increasing oil production. A carbon tax, introduced in 1991, proved to be a successful incentive in establishing zero routine gas flare environment in the oil and gas industry.

Norway was the first oil-producing country to announce its support for the World Bank’s initiative to end routine gas flaring by 2030. The world’s third largest exporter of gas and the largest oil producer in Western Europe transports most of its Associated Petroleum Gas (APG) produced in the country to neighboring markets through an extensive pipeline infrastructure that links it mainly to EU nations.

A total ban on non-emergency flaring in the Norwegian continental shelf was introduced in 1971 in order to avoid wasting resources. Later, when the effect of flaring on global warming was discovered, Norway strengthened its commitment to the ban with a policy that combines direct regulation with environmental schemes in order to address the issue. When the zero flare system was adopted, it has been implemented in nearly 30 Norwegian offshore installations.

Under the adopted measures, oil and gas developers are required to come to terms with gas utilization plans prior to carrying out any field development operations, and the responsibility of reporting and monitoring rests on their shoulders. They are, therefore, obliged to establish an internal control system that ensures compliance, and they also have the obligation to check sensor calibration regularly, every six months.

In addition to these measures, a CO2 tax and greenhouse trading scheme has added further direct costs that strongly advise against developers from engaging in flaring. The CO2 tax was first introduced in 1991 and the amount collected by the state authorities steadily increased over time. The tax is calculated based on the volume of gas flared and vented. In Norway, it comes at a rate of $120 per 1,000 cubic meters. This has been a driving force for the development of new technologies and operational procedures, for example the “closed flare system” that minimizes non-routine flaring.

Further, the tax, which is deductible as a cost from the corporate income tax, is in line with the Norwegian climate change policy and it is part of the country’s commitment to the EU’s Emissions Trading System (EU ETS). Moreover, hefty fines – far too large to be acceptable as “another part of doing business here,” and punitive measures – including a temporary suspension of activities, jointly create an effective way to discourage operators from the flaring practices.

Permission to flare gas in Norway can be granted only by the Ministry of Petroleum and Energy. Nonetheless, in all cases, operators have to submit an APG utilization scheme prior to the approval of their Plan for Development and Operation of oil fields.

In fact, as the Norwegian consultancy company in emission reduction in traditional energy sectors, Carbon Limits, explained to Egypt Oil&Gas, “in a number of cases, major new developments were only approved after significant investments were made to avoid routine gas flaring and gas venting.” For instance, at the Draugen field, gas was re-injected into a nearby aquifer, while a gas export pipeline was built, stated Carbon Limits and presented another example. For the Heidrun field, the development could have only proceeded in parallel with the construction of a methanol plant and connecting gas pipeline.

The supervisory and control role of the state institutions proved inevitable for the success of gas flaring reduction. Similarly, strict observation of the regulatory requirements and processes by operators contributed greatly to the achievements.

As a result, most of Norway’s recovered gas is exported, while the remnant of APG is, not surprisingly, re-injected.

Some examples of gas re-injection methods in the Norwegian oil fields include non-miscible injection method, which avoids mixing gas with oil. The method is employed in the Grane offshore oil field in the North Sea. Another way is to employ a more common, miscible injection method, in which gas is mixed with oil to reduce viscosity and increase pressure within reservoir for easing recovery. This allows developers to recover more oil than the previously mentioned option, and it is the method employed in the Straffjord field.

Meanwhile, in the Gullfaksoil field, the state company Statoil, following the 1991 CO2 tax introduction, developed a system to end continuous routine flaring by recycling APG. Instead of being flared, the gas routed to an existing gas export system through a pipeline network. The pipeline network has a valve which can quickly divert the flow to the flare stack if the pressure begins to increase.

In addition, the country also employs the Far North Liquids and Associated Gas System (FLAGS), a natural gas pipeline used to transport associated gas and liquids from multiple platforms in the North Sea. It extends over 450 km and is used to transport gas to the UK.

In Norway, the effects of the Enhanced Oil Recovery (EOR) schemes and the re-injection of APG have contributed to the extraction of additional 320mscm of oil and condensates as of 2010, according to a study published by the Columbia Center on Sustainable Investment.

In line with the Norwegian Energy Policy, the country has been able to merge its role as a large energy producer with a pioneering position in environmental issues in Europe and worldwide.

According to a study conducted by GulzhanNurakhmet from the Academic Journal Oil, Gas & Energy Law, “Norway brings one of the best examples of successful oil production policies as well as environmental protection.”

As BenteWeisser, the Senior Adviser at the Norwegian Ministry of Foreign Affairs, said at the Global Gas Flaring Reduction (GGFR) Global Forum in 2015, amongst the reasons behind the Norwegian success in its struggle against gas flaring is its clear and unambiguous legislation on the treatment of associated gas from the start.

The governmental strategy in the energy sector with a commitment to climate change policies is one crucial element of the success. In order to establish a systematic practice without gas flaring, the stakeholders are also required to play their part, which Norway successfully achieved.

According to Nurakhmet, “from the Norwegian experience we could draw conclusions that clear and detailed gas flaring and venting policy, careful evaluation and examination of the development plan, as well as cooperation of the Norwegian government with oil companies have been contributing factors to the successful Norwegian Gas Utilization Policy.”

The consensus approach and collaboration between public authorities and main industry stakeholders is the necessary starting point to end gas flaring, Director of Economic Consulting Associates (ECA), Frederik Beelitz, affirmed at a presentation at a gas flaring workshop held in Egypt in March.  In fact, volumes of gas flaring or venting are also strictly regulated at the production stage, and here is maybe the key of success.

In financial terms, the expert also emphasized the importance of fiscal incentives for associated gas investments, which are promoting technical innovations and the use of best possible technological practices.

Moreover, as Weisser pointed out, “the development of integrated network of gas pipelines, including for associated gas, has been a key factor to facilitate commercially viable markets where companies have an open and non discriminatory access to the infrastructure.” In fact, “it is more expensive and often much more technically challenging to address flaring after production has started,” added Weisser.

Gas flaring and venting in Norway is not only advanced with positive environmental protection policy, it itself drives the development of the gas transportation infrastructure, and contributes to the development of many oil fields, which became commercially viable thanks to the various associated gas utilization schemes.