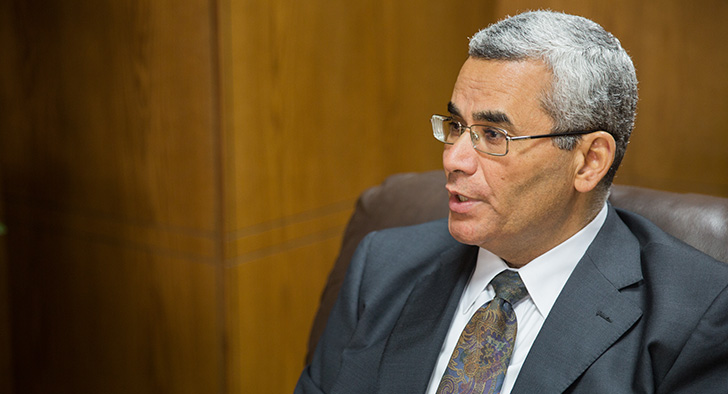 The core of EGYPS 2017 lies in the Technical Conference that will spread across the entire three days. The conference brings together experts from the entire upstream, midstream, and downstream oil and gas value chain, providing the opportunity to share technical knowledge and gain critical insights into Egypt’s and North Africa’s fast evolving hydrocarbon business.

This event reflects positively on the Egyptian position in the regional industry and opens up a circle of opportunities. As Abu Bakr Ibrahim, the Chairman of the Technical Committee noted, “Egypt is a leader in the oil and gas industry,” hence EGYPS 2017 will be “a very good opportunity” to showcase that.

It is for no other reason this event is taking place in Cairo this year than to draw attention of the global industry to Egypt, a country that “still has many resources left to be explored and developed.” With a lot that Egypt has to offer on the ground, “the event will be a unique chance for the IOCs to learn about our resources in different areas of the country. It is also for investors to see more promotion for our resources and to understand the enhancement and modification of the agreements,” that will set the legal framework for any future exploration and production activities.

The Technical Conference will explore the potential for the country and for the entire region and present all technical aspects related to different sedimentary basins. “In addition to the technical sessions, the conference will share updates on recent drilling and evaluation results and recent discoveries,” said Abu Bakr Ibrahim. Furthermore, “exhibitors will present latest technologies for all sectors from upstream to downstream, including the most updated software and equipments.”

Some of the sessions will reveal trajectories of exploration in some areas of the country, which according to the Chairman, “will be lessons learned for the IOCs,” which will then be able to gain an overall picture of the immediate possibilities in Egypt. The ultimate goal is also “to update companies about Egypt’s last years’ progress on many other fronts.”

In addition, “model agreements will also be covered in some of the technical papers.” As Ibrahim elaborated further, “the government is moving on in the direction to enhance and modify agreements to attract investors,” which will reflect positively on previous years’ efforts that the government exerted in open discussions and roundtables with the private sector in order to address all implicated challenges. “The government’s objective is to meet and listen to operators in order to see how we can exploit our resources together through improved model agreements and larger inflow of investments,” as Ibrahim put it.

With new discoveries made, as Geologist Ibrahim explained, there are countless opportunities in the country and EGYPS 2017 will help the industry to showcase them for future projects. “No doubt the Mediterranean area has huge reserves of gas yet waiting to be discovered.” But what is more appealing to a variety of possible investors is the plethora of hydrocarbon wealth hidden in other areas of Egypt. “We have a lot of potential in the offshore areas, not only in the Mediterranean Sea, but also in the Red Sea, which has not been fully explored yet, as well as in Sinai and the remaining parts of the Gulf of Suez, the Eastern Desert and the Western Desert,” added Ibrahim.

From the geological point of view, as the Chairman continued, “we have different sedimentary basins in Egypt and every basin has its own geological models and challenges.” At the Technical Conference some presented papers will address these issues. “Some basinal areas will be highlighted like the Red Sea that has unexplored potential and most of our Western Desert is still virgin areas.” The geological models will certainly come under a closer scrutiny during EGYPS 2017. The Chairman further added: “In the Western Desert, we believe, that basins from the Paleozoic age were not yet fully explored. These sedimentary basins are producing hydrocarbons in Algeria, Libya, and to the east in the Gulf countries such as Oman, Saudi Arabia, but not yet in Egypt. We are working very hard to prove it [the presence of hydrocarbon in the Paleozoic formations] in the Western Desert, especially in its western part.”

Furthermore, new opportunities arise when one looks at “the southern parts of the Western Desert, which are not yet fully revealed either due to a lack of data and we are trying to acquire new geophysical data to explore it more in the next few years.” Geologist Ibrahim believes that such prospect is realistic thanks to the availability of “advanced technologies and high capacity rigs to drill ultra deep wells.” Yet, while “we have a plan to acquire relevant data from this area,” there is an entire complex cycle with necessary risk assessments that will have to precede the drilling.

A Variety of Contributions

The success of the conference will hinge upon contributions from different areas of expertise that will best embark upon new opportunities open for grab in Egypt. For these purposes, and under the leadership of Abu Bakr Ibrahim, the Technical Committee was responsible for selecting a variety of papers to diversify the conference input of experts, much needed in the current industry environment and for future speed of development of hydrocarbon sector in Egypt.

Accordingly, for more than a year, “more than 200 submissions were evaluated to select the best ones to gain the added value presentations that will deliver key messages related to each area in Egypt,” said the Chairman. In addition to that, “every technical session has a chairman and a co-chairman to jointly organize the presentations” in an effective way and provide grounds for the evaluation team to assess the achievements of each session.

For Abu Bakr Ibrahim, “the measure of success of any conference with different contributions is to establish open debates among academics, local NOCs, IOCs, and governmental representatives. The main advantage of the conference is to share ideas and solutions. It is the most important opportunity away from our day to day industry business.”

It is no secret that the first of its kind event in Egypt, The Egypt Petroleum Show, has an ambition to grow fast alongside the most prominent regional industry events. Chairman Ibrahim is convinced that “EGYPS 2017 will be a success” and that “we will see the same level of conference input as presented at other international events.”

“The interest in EGYPS 2017 is enormous. It will be important for us to see the directions and intentions in which the IOCs plan to move on to grow their businesses,” added Ibrahim.

In his view, “there is no big barrier that could slow down the oil and gas industry in Egypt.” “In fact, the petroleum sector in Egypt has never stopped, not even during the peak of 2011 revolution, when oil fields were producing uninterruptedly,” as he noted. Since then, “Egypt has been continuously improving its status. We are renovating the infrastructure amidst established stability and security. Investments are still ongoing. Bid rounds signify progress with 76 concession agreements ratified and signed.” All this combined will bone well for future prospects of the industry to attract new investors, most likely already at EGYPS 2017 in February.

With much optimism, the Technical Committee Chairman concluded saying that “Egypt has a strategic geographical location in the [MENA] region and in Africa. Eastern Africa is growing fast in terms of Exploration and Production and many investors would like to enter Eastern Africa through Egypt as we have technology, expertise and service providers. This can generate huge benefits for all involved players. I am very optimistic about the future.”

The event will seek to deliver the key messages for the major oil companies. “Egypt is growing and will continue to grow to become a hub in the region for energy,” to put it in Abu Bakr Ibrahim’s words.