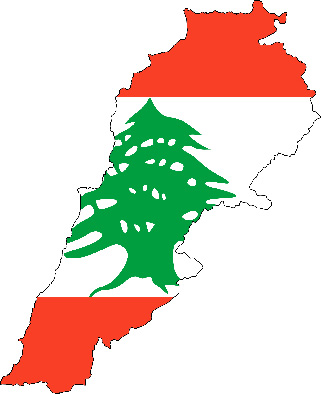 Lebanon has recently fueled prospects for exuberant oil and gas discoveries in the Mediterranean Sea, signaling an energy windfall that would jump start its economy. However, political setbacks that the country has been facing and regional struggles in which Lebanon has been implicated, pose insuperable obstacles to the development of the country’s oil and gas wealth.

Can Lebanon Do Energy Business?

On the onset of the 21st century, seismic scans that were carried out in the Levant Basin, particularly in the eastern Mediterranean Sea, offered optimistic prospects for existing oil and gas resources off the coasts of Lebanon, Cyprus, and Israel. The seismic surveys estimated Lebanon’s offshore fields to hold 96 trillion cubic feet of gas and 850 million barrels of oil, according to statistics published by Oil Price in February 2017. The discovery of the country’s huge reserves has brought about greedy intention among political parties, which resulted in mismanagement of international oil and gas bid rounds announced in 2013.

Even though Lebanon’s cabinet started adopting a positive approach towards the industry by issuing decrees for foreign investments, postponing the tendering processes, and, hence, drilling operations, might have led investors to reconsider their decision to do oil business in the Levant state. Former Energy Minister, Gibran Basil, has also been reluctant to reward a number of blocks, causing further lengthy deferrals to any deals. Political Risk Consultant and Co-Founder of Beirut-based Middle East Strategic Perspectives (MESP), Mona Sukkarieh, said that “investors’ enthusiasm for the 2013 tender was high, but the delays have undermined this,” Reuters cited in its publication – Lebanon to restart oil, gas licensing round after three-year delay, published in early 2017. According to Reuters, several of the 46 companies that had been qualified to take part in the bidding, 12 of which were as operators, including Chevron, Total, and ExxonMobil, have been unable to submit their bids until early 2017. This has necessarily impaired the execution of any operations in the offshore basin, despite the country’s dire need for energy resources. In this sense, IOCs have become lukewarm about doing operations in Lebanon especially with the slashing oil prices.

A lack of political will and bureaucratic incompetence to seal any exploration and production (E&P) agreements with international oil companies (IOCs) revealed a genuine fabric of the squabbling political forces unable to make major deals in a transparent manner. This strongly suggests, as some analysts have pointed out, that those in power are not used to striding upon cash flows “without any commission being siphoned into their pockets,” as explained in a BBC article, Lebanon Exploiting Oil Resources, published in 2015.

In fact, Lebanese politicians have shown that they are purposefully instrumentalizing the energy industry as it represents a winning card for solidifying power positions of individual factions. Major political forces like Shi’ite Hezbollah, the Free Patriotic Movement, and Future Movement, tend to exploit the energy business, which in turn enroots insurmountable power  dynamics in the country even more. Hence, observers believe that Lebanese “politicians are jockeying for the potential sector’s local contracts to grease their sectarian-based patronage networks,” wrote Financial Times in a 2015 article Domestic Politics Hinder Development of Lebanon’s Gas Sector.

The sectarian networks have massively informed Lebanese politics and thus have had a significant effect on the country’s energy industry. The political environment in Lebanon has always been in a state of turbulence due to the conflicting interests among political rivals. The political diversity in Lebanon is significantly manifested through the country’s demography, breeding faction-based ruling structures. The country is a home to 18 recognized religious sects with the most powerful political forces being Maronites and Greek Orthodox Christians, with Shi’ite and Sunni Muslims, and adherents to the ancient Druze faith, mingling the power dynamics further. Each of the sectarian political communities, many with their dedicated armed militias, has a say in the government, making political consensus unattainable and, in turn blocking major decisions in the executive and legislative branch of the state.

Until recently, the Lebanese presidential seat remained empty for over a year, marking the longest term for the Levant country to stay without the head of state since the end of the civil war in 1990. In effect, Lebanese political institutions were paralyzed as the government has been drowning in the never-ending presidential race and failed to address major issues such as the garbage crisis, electricity shortages, as well as providing basic services to its citizens. Furthermore, Lebanon has been a refuge to a big population of immigrants escaping deadly wars in their countries, with Syrians and Palestinians taking the lion’s share – a fact that also takes its lot on the government’s agenda. In other words, the parliament is occupied with settling other internal crises that probably makes any discussion on energy seem less appealing and may further stir conflict of interests among the sects.

This political fragility and governmental malfunction seems to have extended to Lebanon’s energy potential, which has remained a point of disagreement and contention in recent years. And if major world oil producers reference political stability as a recipe for good governance in the energy sector, Lebanon, with its political dynamics, can prove to be an example of a complete opposite when energy business becomes a new point of contestation. Indeed, when the greed for oil revenues sparks, the energy business could be “the new apple of discord in simmering sectarian rivalries between Lebanon’s Sunni, Shi’a, and Maronite Christian communities,” stated International Energy Consultant, Scott Belinski, in his article to Oil Price – Will Lebanese Oil and Gas Ignite the Country?.

A successful energy industry could, in fact, be a long-term salve for Lebanon’s economy. However, what seems to be happening in the country is that the energy industry has turned into a disputed terrain, which in effect may render the country’s volatile internal conflicts among different sectarian communities more intense on various levels. Even when the sectarianism argument is put aside, a bad news for Lebanese oil and gas industry in this regard is a lack of experience in running the energy sector at a high level.

Indeed, mismanaging oil wealth can contribute to instability and raise security concerns. A trenchant lesson learned can be drawn from Nigeria. One of the reasons behind Nigeria’s oil-based and low performing energy industry is continual attacks by the Niger Delta Avenger Militias on the country’s oil infrastructure. Comparatively, if contention over oil revenues among the Lebanese factions is to happen, which is likely in a country where parties fight over political and economic tokens, a similar scenario can be highly likely in Lebanon as well. “If Hezbollah were frozen out of a future government, it could copy the playbook written by the Niger Delta Avenger in Nigeria by attacking production facilities and pipelines,” elaborated Belinski.

Nevertheless, even if this negative scenario does not materialize, the Lebanese oil and gas industry sees major challenges ahead, given the scope of regional competition in place.

While Beirut has been immersed in its political squabbles, other countries were busy developing their oil and gas resources, attracting foreign investments into their economies. In Egypt, Italian Eni discovered super giant Zohr gas field that has promising prospects for the gas industry of the country. Meanwhile, Cyprus launched international bid rounds during 2016 and ExxonMobil, Qatar Petroleum, Eni, and Total expressed interests in Cypriot southern blocks. Similarly, Israel announced bid rounds in the same year. In addition, the country made major advancements as production kicked off from the offshore Tamar field and a major discovery was made, namely the Leviathan field. It is therefore beyond doubt that foreign investors would choose to resort to other markets that seem more appealing than that of Lebanon with its stalled energy policies.

Yet, the trouble with the Lebanese hydrocarbon market does not lie only in the country’s complex politics. The strategic geographic location of the country positions Lebanon amidst major international oil players such as Saudi Arabia and emerging markets like Egypt and Cyprus. Fierce market competition in the region is further ignited by the unprecedented advancements that the oil industry has been marking in Iran, a country that has already had Hezbollah as its life-long ally. That said, Iran is likely to have its indirect say in Lebanon’s energy industry and may also hurdle progress on the energy chessboard, trying to keep it in line with the Islamic Republic’s agenda.

On top of that, the Lebanese energy industry encounters more difficult challenges over its location, namely those related to the country’s maritime borders that remain obscure with Syria’s maritime zone in the north and Israel’s in the south. Lebanon has not signed a joint field development agreement with its neighbors for each are claiming conflicting shares of offshore natural gas reserves.

As for Syria, demarcating a maritime border is not an easy job amid the ongoing civil war and the international intervention. Therefore, Lebanon would have to wait until the conflict in Syria comes to an end and the two countries develop better relations on their part in order to be able to structure a set of rules and procedures to develop fields in the shared waters. In similar veins, since that the Mediterranean Sea is a major energy resource for Lebanon and Israel, the two countries that are formally at war, tensions between them have a potential to escalate.

Hence, these regional disputes may likely reflect on attempts by the Lebanese government to make a significant progress in the oil and gas sector for the sake of the country’s economy. Nonetheless, Beirut is currently planning to offer three partially disputed blocks in the offshore southern zone up for bidding in the country’s first oil and gas licensing round. However, this may cause tensions to surface as the three blocks – 8, 9, and 10 – are bordering with Israel.

It is, therefore, highly likely that potential investors will turn more cautious in exploring the area. As a senior US official affirmed to the Lebanese prominent newspaper, The Daily Star, “no oil company would be willing to explore gas in any disputed zone.” Indeed, hardly any player would be willing to grant huge cash flows for operations in such territories, least of all those in the eastern Mediterranean Sea charged with conflicting political dynamics. The only exception may be players with a clear political agenda directly in the Levant country.

With the internal political dynamics, the market competition, and maritime borders disputes, Lebanon would have to start addressing its energy development plans with a sense of urgency. It is important for Beirut to direct more attention to its oil and gas resources in today’s energy-dependent world. If firmly anchored plans are efficiently put in place, Lebanon’s economy can witness a massive boost that would settle issues the government has been failing to tackle. The discoveries made in the Mediterranean basin in Lebanon will indeed fuel promising results for its economy, introducing the country to the chessboard of the regional energy giants. If the government jumps onto more efficient strategies, the energy industry may offer a door out of country’s economic lethargy, shrink hydrocarbon imports, further ramp up investments, and regulate consumption spending.

Lebanon still has a competitive edge over its neighbors thanks to its relatively small population compared to the countries like Egypt and Iran. Thus, the country is likely to have less pressure to face, comparatively, when it comes to its energy self-sufficiency. Today, the Lebanese government opts to push forward with its oil and gas potentials that would contribute to decreasing budget deficit, create new jobs, and end the notorious power cuts that struck the country. But Lebanon’s history is replete with many unsuccessful attempts to put economic aspirations in action. It remains to be seen if Lebanon rebuts expectations and prove able to tip the odds.