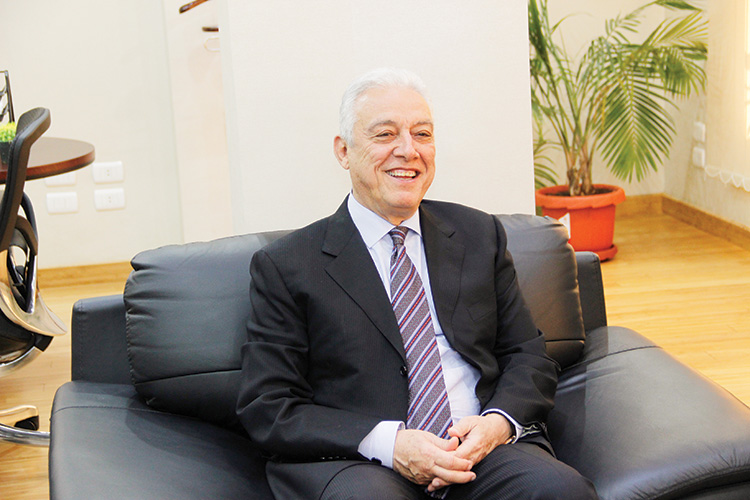 Perhaps ever since Egypt’s first crude discovery, the petroleum industry has served as one of the strongest pillars of the country’s economy. As key market players and analysts alike expect the nation as well as the sector to enter a new dawn of propelled potential, the need to understand the foundation and history of this industry grows.

In efforts to look deeper into the inner workings of the country’s hydrocarbon sector, Egypt Oil & Gas sat with former Minister of Petroleum and Mineral Resources, Eng. Sameh Fahmy.

Given your strong history in the industry serving in many roles, before we begin the interview, can you tell our readers what inspired you to enter the field of oil and gas? And in your opinion what is the greatest lure of the sector?

Throughout my life, it always seemed that God was directing me to enter the petroleum industry. Everything in my life inspired me to enter this interesting sector; beginning with my upbringing.

I grew up in the city of Suez, the petroleum capital of Egypt at that time. My family lived in a petroleum compound that belonged to an international oil company. The compound’s club offered residents many activities –social and sports wise; an option that gave me the opportunity to integrate well with the sector’s community, which led to a great sense of belonging to this important and vital sector. This sense of belonging and feeling of respect for this industry was a key element for me in joining the Faculty of Chemical Engineering at Cairo University, as an essential step to enter this sector.

One of the other huge inspirations for me was the late Minister Ahmed Hilal, whom I consider the best ever Egyptian petroleum minister. He was appointed as the first Minister of Petroleum in 1973 which coincided with my graduation year from the Faculty of Engineering. I considered him to be my idol, he was a colleague and a friend of my father’s, and he was also a chemical engineer like me.

As an expert in planning, how can strategic crafting be utilized to enhance FDI influx into the sector?

As someone who worked in planning from the seventies until the end of the last century, particularly during my employment in the department of planning and projects in the Egyptian General Petroleum Corporation (EGPC), I had the privilege of working under the leadership of some of the most capable petroleum leaders.

I made it a point, when I was appointed in 1999 as the Minister of Petroleum and Mineral Resources, to benefit from my previous experience working with a group of competent and experienced colleagues, and developed an integrated national strategy for the petroleum sector; the implementation of which began at the turn of this century. My main principle and vision while implementing this strategy was steering away from reinventing the wheel, instead we simply focused on maximizing our benefit from the expertise, plans, and achievements of our predecessors.

The focus of this strategy was to ensure that it reflected on the efforts of all the sector’s employees. We worked on planning a powerful Egyptian petroleum industry that can compete strongly in the region, as well as cautiously compete globally.

It is worth noting that most of the main objectives of the set strategy have been achieved successfully, and with high accuracy. This strategy was the main engine for attracting direct and indirect foreign investments to mega projects and major events in the petroleum sector during this century

Throughout the period in which I was responsible for this sector, I was confident that the strategic planning –based on the sector’s resources as well as the experience of the people working in it—were the only way to achieve success.

Young professionals are the foundation of the coming period; in your opinion, what skills need to be developed to ensure both the private and public sector companies perform at globally competitive levels?

I agree with this opinion 100% and I recommend working hard on developing several skills such as leadership, problem solving, planning skills, cost and schedule control, self continuous improvement of capabilities, information technology, language skills, social and business communication skills, project management and team working, and finally economics and international relations

As new areas in the Red Sea are planned to be tendered soon, and given that neighboring countries such as Saudi Arabia and Sudan had very different results from exploring the region, how do you define the potential of this area?

It is a matter of figures. Referring to the latest edition of Egypt Oil & Gas’ concession Map and analyzing its details carefully, we can conclude that Egypt recently has 171 active agreements in the Mediterranean Sea, the GOS, Western desert, Sinai, Nile valley, Eastern desert, and the Delta. Furthermore, the country has seen 131 valid production licenses in the same mentioned locations. Continuing on with the figures, there are about 27 companies involved in the Mediterranean, Western Desert, Nile valley and the Delta in exploration and production (E&P) activities. In addition, there are about 26 companies involved in the GOS, Eastern desert and Sinai exploration and production activities, as well as the six companies that are involved in Upper Egypt’s E&P activities.

Over the past 60 years the country has witnessed significant finds within its borders, beginning with the GOS’s major finds, followed by, El Alamein field, the first discovery of crude oil in the Western Desert by Philips in 1966, as well as the Abu Madi field, the first natural gas discovery in Egypt’s Detla in 1966, just to name the first few discoveries.

The industry saw many more discoveries, infrastructure expansions, and agreements in the every year that followed, reaching the Mediterranean’s largest ever discovery of Zohr in 2015. From that we can easily conclude that Egypt has a mature oil and gas sector, which allowed it to become a perfect hydrocarbon hub in Africa, Middle East, and the Mediterranean area.

Furthermore, Egypt enjoys well established facilities that will enable it and its international partners to play a very important role in the global sector, in terms of investment opportunities, especially in non-explored and non-developed areas and locations such as the Red Sea. This vision is supported by the Red Sea economic sea borders agreement, signed between Egypt and Saudi Arabia. The agreement allows each country to issue laws for their economic borders, and to carry on E&P activities, eventually resulting in more hydrocarbon resources for both countries.

Moreover, Egypt has taken practical steps in this direction by signing a multi-client agreement to proceed with seismic activities and resource-assessment studies in the Egyptian offshore borders, international and economic.

Accordingly, in my humble opinion, the red sea will represent a very important part in the future of Egypt’s oil and gas sector, as well as the country’s hydrocarbon resource pool.

As an emerging market, the potential for expansion and growth is vast. In your opinion, which areas would propel if they receive more investment and attention?

In my opinion, there are four major areas that would propel if they received more investments and attention; the first of which is upstream E&P activities, especially in the Mediterranean Sea and the in the Red Sea International and Economic Offshore Zone.

Thirdly, upgrading of the country’s national natural gas grid. It is of significant importance in order for the grid to accommodate planned and future expansions in the power, industrial, commercial, and residential sectors.

Finally, I recommend that a vast part of the Egyptian petrochemical national plan should be accomplished as soon as possible to add value to the natural gas sector, and to boost and support the industrial sector in Egypt as well.

Finally in closing, if the readers could take only one thing from this interview what would it be?

My answer is simply: developing strategies and valuing people. 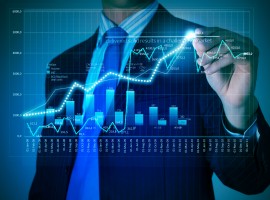