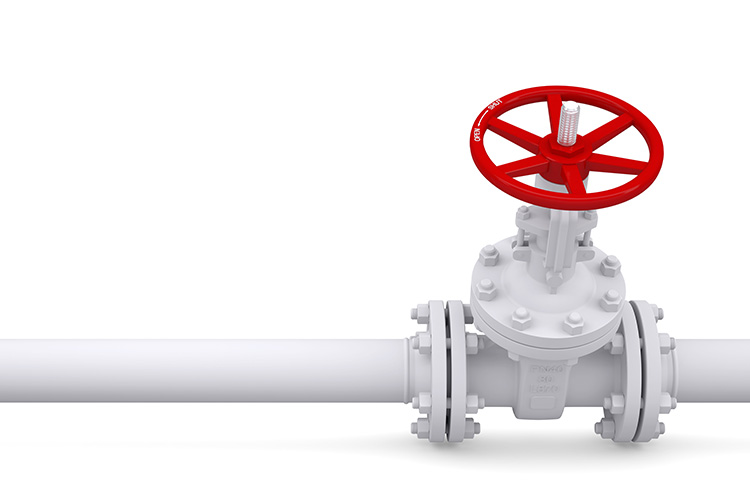 As one of the leading countries in the Mediterranean as well as the Middle East and North Africa (MENA) region, Egypt is becoming a hub for liquefied natural gas (LNG) infrastructure.

Egypt is renowned for having world-class importing facilities as it is on its way to gain its position as an LNG exporting hub. Egypt has two LNG plants that include three trains; with a combined capacity of around 610 billion cubic feet (bcf) per year.

The main producer or exporter of LNG having liquefaction, storage, and export facilities is the Spanish Egyptian Gas Company (SEGAS), which has an LNG Complex in Damietta, Northern Egypt.

Egyptian Liquefied Natural Gas Co. (ELNG) is also sponsored with a diversity of mega up-streamers such as; Shell, Petronas and Total, specializing in LNG on both the Egyptian and international levels. EGAS and EGPC are also significant equity shareholders in these LNG projects.

The Gas Market Activity Law no. 196 of 2017 (which was amended by the law no. 13 of 2019) has been issued to regulate the natural gas activity related to the storage and pipelines before the transmission to the ports and sites, and all procedures relating to its restoration. The Prime Minister Executive decree no. 239 of 2018 also regulates the activities of the gas market.

The government acts as a regulator and takes the key role in monitoring industry players to ensure the government objectives and establish the rules and incentives to develop the market across the value chain.

The Suez Canal Authority Circular No. 7/2017 regulates administers LNG Tankers operating between the American Gulf, the Arabian Gulf, India and its eastern ports.

The decree is encouraging more LNG vessel’s owners and operators to have transit in the Suez Canal. The Suez Canal Authorities (SCA) have decided to grant LNG tankers in loaded or in ballast operating between the American Gulf, the Arabian Gulf, India and Eastern ports the following Suez Canal tolls discounts:

The Arabian Gulf and west of India up to port of Kochi are granted a reduction of 30% of Suez Canal normal dues.

East of port of Kochi, India west of India and up to the port of Singapore receive a reduction of 40% of SC normal dues.

Singapore and its eastern ports have a reduction of 50% of SC normal dues.

The tanker has no right to benefit from other rebates (reduction) granted by SCA to LNG tankers, beside the rebate (reduction) subject of this circular.

In most cases, LNG supply contracts take the form of long-term sales and purchase agreements, which can be renewed or extended. However, before concluding such contracts, some aspects has to be considered, such as the integrated commercial structure. The producer of natural gas is the owner of the LNG export facilities as well as the upstream. The revenues are derived from the sale of LNG under the SPAs entered into by the participant or the integrated project company, which usually take the structure of a joint venture (JV) company.

The price indexation is one of the significant conditions that determine the payment terms. Such a pricing mechanism is markedly different from one found in traded gas markets. In the UK, for instance, the index of pricing is called national balancing point (NBP), but other oil index price could have a leverage in  long-term contracts if they co-exist. In Asia-Pacific the pricing rely on the Japanese custom cleared crude (JCC) as used in long term agreements as well. Some other players are using the indexation of coal such as Italy, Netherland and Norway.

Other terms and conditions as transportation and discharge, level of commitment, volume of cargo, cargo diversions, transfer of title and risk, and gas feedstock are on top of the discussion while negotiating these types of agreements.

Fluctuations in Prices under SPAs

As a common standard in the LNG market, SPA contract’s price should have an index to manage the price of LNG cargos. However, prices of LNG as set out in agreements that do not reflect the real market price for natural gas. The parties of the SPAs mainly have an agreement on the contract price for LNG at a given point in time, which is a period of 15-25 years. Thus, there is a usual loophole on both sides that, whilst the SPA at the early commencement date represents a reasonable margin for both parties, in the future, it can turn out to be an extremely bad margin for one party and a very good margin for the other. For such reason, price reviews should be included in the SPAs in order to settle how the long-term commitment for the price may change in case of unanticipated fluctuations in the market. As a general advice, the price review condition will grant both parties to notify the other to reconsider the prices in light of the market at the time of change.

There are different forms of principles concluded from different agreements, for instance; parties should not have the control over determination of the price. Also, the change shall be material on a reasonable evidence to avoid potential disputes. In addition, the changes should be unforeseeable and unpredicted.

The parties should consider the diversion terms and conditions in the SPA, mainly for example: the alternative destinations (unloading ports where the buyer nominated to deliver the cargo); and other diversion rights from a commercial perspective, such as: (i) quantifying the amount of LNG cargo that can be diverted, (ii) allocation of extra profits obtained by either party and should be diverted by other parties, and/or (iii) if the diversion of the cargo will change the pricing provisions of the SPA.

The seller under some circumstances might fail constantly to deliver the LNG cargoes, and then the termination would be in the buyer’s right as a penalty of default. The buyer under this event will have right to procure the LNG replacement, in addition to claiming for the seller’s default liability obligation.

In some other circumstances, the termination rights for the buyer may not be sufficient as a sole remedy. However, it exposes the buyer to the hardships of finding a quick replacement for the required volumes of LNG, even though damages for such breach cannot be distinct as a fair remedy for the buyer to cover its loss of bargain. Buyers has to secure other remedies from sellers such as; retention scheme, insurance, and set a maximum percentage of limitation of liabilities, may be more than the contract total value.