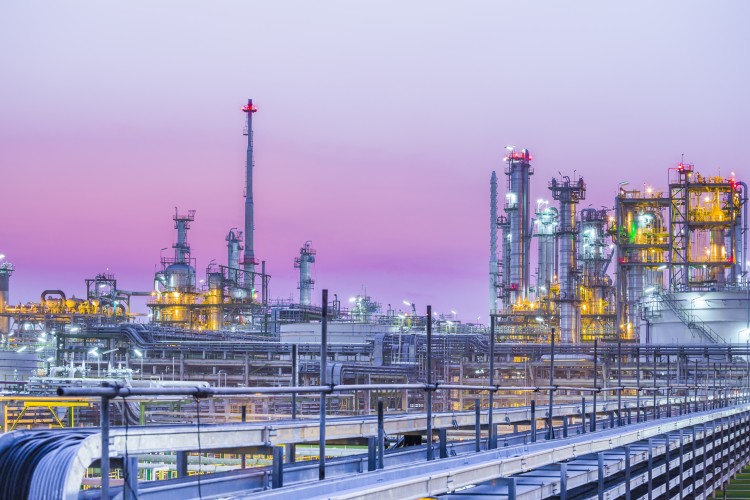 According to the Cairo University’s Mining Studies and Research Center shale oil could add 4.6 billion barrels to Egypt’s production; shale gas could also contribute another 100tcf. Even the already oil-rich Arab Gulf states are sinking money and expertise into this new sector. Moving into shale may seem like a foregone conclusion in the MENA region, not least in a net importing country like Egypt. Still, it is always wise to pause for thought if we are to make the best of our shale prospects, the current price environment notwithstanding.

Things are known by their opposites, goes an old Arabic saying. The factors for success become evident when you look at counterarguments, listing the practical problems that have so far faced shale production outside of the American birthplace of the fracking revolution. Then and only then can oil prices be tackled.

Every drilling site has its own unique features, a given in the oil business, but this is doubly true when it comes to the unconventional techniques used to unlock shale oil and gas. Exxon Mobil, Talisman and Marathon all pulled out of Poland last year, a country with ample shale gas reverses -estimated at 148tcf- after finding that their technology was inoperable there.

As for water, note that 38% of the world’s shale resources are paradoxically located in arid areas, to cite the World Resources Institute (WRI). Another ironic factor is research and development. To quote Anderson “The US government ploughed millions of dollars into basic scientific research in the early 1980s, while the European Commission wants the industry itself to make these investments in R&D. This is by no means a given.”

Concerning geology, the key issue here is not just the size of your shale formations but their maturity. The age can only be determined by more exploration. Nonetheless, the finds made so far in the Western Desert are promising, says Dr. Magdi Nasrallah, Professor and former founding Chair at the American University in Cairo’s Department of Petroleum and Energy Engineering. As for water, Mike Mason, Egypt’s Regional Operations Manager at Apache, reveals that fracturing was first developed in 1947. (Horizontal drilling, which allows you to pinpoint shale concentrations on a huge scale, is a separate technology that dates from the 1980s). Water management and conservation methods have long since been devised and put in place round the globe.

Fracturing, moreover, is not unique to shale but used with reservoirs characterized with porosity or permeability problems thanks to sandstone, limestone, dolomite, etc. Shale does involve more water thanks to multiphase fracking but it’s already a tried-and-tested technique here. Shale experts in Egypt will also tell you that they use aquifer water taken from the same area. This is deliberate so as not to introduce any unfamiliar chemicals into the formations that could react negatively with the shale. It’s also cheaper than transporting water to drill sites, adds Mason.

As for R&D, Dr. Nasrallah did echo some of Anderson’s worries, arguing that it was unreasonable to expect your foreign partner to solve all your technical problems for you. He explained that the more that you brought to the table, the better; and the better informed you were too when it came to negotiations. (This is a sentiment shared by many Egyptian petroleum and reservoir engineers I have spoken with). He also advised to make preparations beforehand over exhausting the new wells and the stability of the surrounding soil.

The bigger set of problems, however, are regulatory. Regulations concerning the environment (earth tremors, pollution and water conservation), the fiscal regime managing shale investments, land-mineral property rights and the terms of concession agreements. Taking Poland as an example, one of the complications it faced was a “punitive tax regime and an insistence that foreign companies work with local partners” to cite Anderson, although these complaints have since been remedied. In the US, moreover, “homeowners usually own the minerals under their land,” while in Europe the state tends to be in charge, placing politicians under pressure from public opinion. Hence, the moratorium on fracking in Germany, the outright ban in France, and the protests in the UK, Romania and Bulgaria.

We should not think that we are far away from these concerns just because the state owns all mineral wealth and is eager for shale. The devil’s always in the details.

An Egyptian petroleum expert, who requested to remain unnamed, explained that shale finds tend to be located in new layers connected to existing fields. Since these finds were made by accident and are technically in new zones, Egypt’s existing system states they aren’t accounted for in original PSAs, demanding a new set of negotiations.

Given that these finds also demand unconventional extraction methods, the new agreement has to be of a new kind as well. Foreign investors argue instead that the new zones are still in the original area while they have the wells and infrastructure in place to exploit them. Nonetheless it is important to note that EGPC is finally looking into these legal wrangles.

There are other problems over the horizon though. Article 18 (b) in the standard PSA format stipulates that “The Contractor shall be subject to the provisions of the Law No. 4 of 1994 concerning the environment and its executive regulation as may be amended, as well as any laws or regulations that may be issued, concerning the protection of the environment.” This component of the Stabilization Clause has never actually been invoked before but, then again, look what happened to Algeria’s shale ambitions with the completely unexpected environmental protests.

Algeria is estimated to have the third largest shale gas reserves in the world, 707tcf according to US Energy Information Administration. Nevertheless, Algeria’s first shale gas extraction project took place in a small town called Ain Salah. Once development began the town held protests against shale extraction on environmental grounds, claiming that it was ruining their water supply, as a result all the future of shale in Algeria was put on hold indefinitely.

Even US politicians have been struggling to keeping fracking legal. Here in Egypt all it would take here is an overly vocal NGO, a viral social media campaign (on the model of what happened to the Justice Minister in Egypt) or an Environment Minister with jittery nerves and things could grind to a halt in this already precariously balanced industry.

Regulations, moreover, can dent the positive employment effects of shale indirectly by stifling growth in attendant industries. Even if shale gas reserves are not large enough to warrant a petrochemical complex, manufacturing and textiles can still directly process gas into ethylene for their own purposes, as long-time Halliburton executive Vik Rao has argued.

The more value-added, the greater the jobs multiplier. Alas, to get a factory licensed in Egypt a committee has to be set up to look into the possible health and environmental effects, explains Dr. Ahmed M. Darwish, a civil society advocate, energy consultant and former Minister of State for Administration Development (2004-2011). This applies to the products themselves and the machines that make them, even if it is for a factory that just produces lampshades. As Mason reminds us, fracking states like Texas and North Dakota have the lowest unemployment rates in America.

Government policy is also the key to tackling the greatest challenge of all facing shale, namely, oil prices. According to Ahmed Farid Moaaz, Country Manager and Director for Sea Dragon Energy Inc., the break-even price per barrel of shale oil is between $40 and $60. If prices persisted at $45 or lower measures could be taken by host governments to trim service costs.

Local experts are generally not worried about oil prices affecting operations in Egypt since they are still in their early stages, which meant a focus on recompletion wells instead of digging new exploration wells. There were other economic considerations that would encourage firms to stay, argues Ramy Magdy, a Senior Drilling Engineer at SUCO. The high Capex (capital costs) involved and the personnel you already have in place means you can’t up and leave at a moment’s notice. It would be like slamming on the breaks of a freight train at full speed. Prices or no prices fracking is a trending technology, like Electrical Submersible Pumps (ESPs). Egypt’s future lies in such technologies, he said.

Shale, moreover, is a very misunderstood commodity. It has been said that the lifecycle of a shale oil well is one year, so even if prices don’t kill off the industry the Americans will be hungry for Arab oil again soon enough. The one-year lifespan is a reference to when production becomes uneconomical, not when the oil actually runs out since depletion refers to reservoir pressure. Artificial lift might become prohibitively expensive but it all depends on geology, existing infrastructure and engineering and transportation costs.

This is true for most reservoirs, experts will tell you. The thoroughly conventional Hugoton gas field was first drilled in 1917 and while output is far below the initial number it is still a very productive field. Pressure levels out with time giving you more limited but reliable production rates. Dr. Nasrallah adds that no one actually knows how much shale oil or gas is down there to begin with. The more you produce the more accurate your ‘estimates’ of the quantity and so the lifecycle. Simply put shale oil is more speculative. Even if the fracking industry collapses shale oil will remain down there, waiting to be exploited at a later date.

The anonymous source also pointed out that observers mistakenly think that the oil price slump will kill off the shale sector, not realizing that most of the progress made in the US has actually been in shale gas, not oil. Gas does not have a global traded price like oil and so is thoroughly insulated from market volatility. Most of the shale exploration going on in Egypt, moreover, is in gas, not oil. We must also remember that it was a combination of shale, renewables, coal, natural gas, fuel-efficient cars and good old-fashioned Alaskan crude that turned things around for America’s energy profile.

Shale, then, is no miracle cure to your energy woes and should never come at the expense of other promising fields such as renewables, energy-efficiency, optimization, oil recovery, E&P, and deepwater exploration. Finally, shale itself needs a very specific environment if it is to grow and prosper, helping Egypt grow and prosper with it.