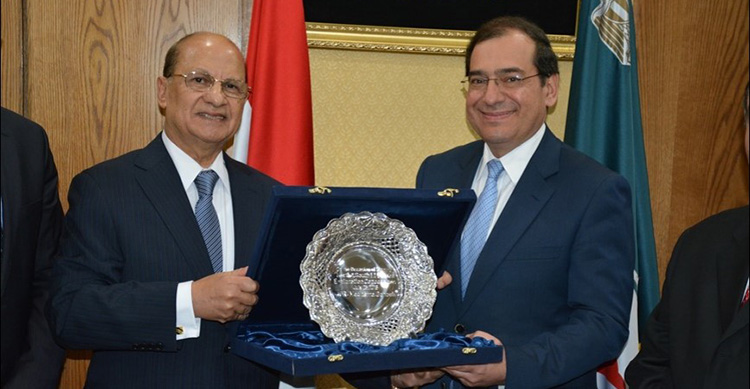 IPR Energy Group is an international group of energy companies engaged in oil and gas exploration, production, acquisitions, infrastructure development, technical services and training. IPR has been a pioneer in the use of technology worldwide to improve petroleum recovery since 1981. Solutions recommended by the company’s Technical Services Division, which have been implemented in oil producing regions around the world, even decades ago, are still used today in IPR’s own exploration and production (E&P) portfolio with impressive results.

This year marks the 40th anniversary of the US – Egypt Business Council (USEBC), which has played a key role in strengthening the strategic and economic alliance between the two nations since 1979. The USEBC 40th anniversary celebrated the strong strategic, economic and commercial partnership between Cairo and Washington DC.

IPR is sponsoring the yearlong activities celebrating the anniversary, led by an event featuring H.E. President Abdel Fattah El-Sisi on the sidelines of the United Nations General Assembly in September, as well as a number of ministerial visits by Egyptian cabinet members to the US, such as the Minister of Petroleum, Eng. Tarek El Molla; in addition to the Minister of Investment and International Cooperation and the Central Bank of Egypt (CBE) Governor on the sidelines of the International Monetary Fund (IMF) and the World Bank meetings in April.

Events will also include the inauguration of USEBC-AmCham Egypt “Egypt Internship” program in February, the US-Egypt Strategic Dialogue in Cairo, the launch of USEBC-American University in Cairo (AUC) School of Business “Egypt Fellowship” in October, and a USEBC 40th Anniversary Event in Cairo that is expected in the next fall or winter.

Minister El Molla recently visited the US, where he met Bassam Mahmoud Dabbous, IPR Group CEO, and Kareem Mahmoud Dabbous, Director of Asset Management at IPR Group, on the sidelines of the American Chamber of Commerce and the USEBC meetings in Washington DC. The meeting was held after El Molla’s successful participation at the Cambridge International Energy Research Week (CERAWeek) in Houston, Texas.

Mahmoud Dabbous, IPR Group President, affirmed that El Molla achieved unprecedented successes during his participation at the CERAWeek 2019, where major international oil companies, finance institutions and the World Bank expressed a strong confidence in the petroleum sector and the successes that it has achieved during the last few years.

El Molla also met senior US administration officials, led by the US Energy Secretary Rick Perry, who appraised the Egyptian petroleum sector’s continuous growth and its ability to attract many international companies, especially from the US, to increase their activities and investments in Egypt.

Since 2013, IPR’s E&P business has experienced strong growth in production and reserves averaging more than 180% in annual reserves replacement ratio. The Oilfield Services Division continues to grow and is now qual:ified in Egypt to deliver more than 30 services, including low-cost drilling and workover. IPR continues to demonstrate responsible growth and has commissioned a pioneering water disposal well in Egypt’s Western Desert and uses available APG to power oilfield operations.

IPR owns 10 concessions in Egypt with assets and production facilities, both onshore and offshore oilfields, as well as high-tech offshore oilfields. The company is building a global business that meets the energy needs of the present and the future, operating with the highest standards in a manner that promotes economic development, environmental protection and social responsibility where it operates.

El Molla has publicly acknowledged IPR as an example of experience and credibility, which is one of the seven pillars in the Modernization Project that aims to capitalize on the industry’s strengths to improve the Egyptian oil and gas sector.