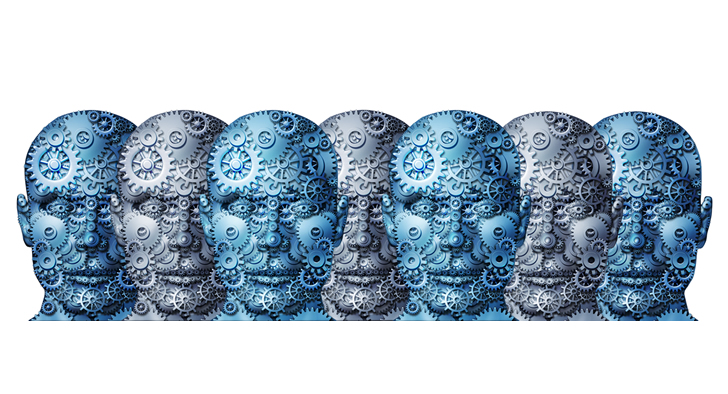 A very distinguished petroleum expert, on condition of anonymity, revealed that he had been brought in by the petroleum ministry, in the days of Sameh Fahmi, to advise them on certain matters, he did not provide any details; however he did say that it was all very hush, hush and not a frequent practice.

When it comes to the pricing of seismic data packages for bidding rounds a petroleum ministry official did use the word istishara (counseting in Arabic) during a telephone interview, then explained that this just meant getting the “opinion” of leading figures from the private sector on such matters.

Consulting firms, whether managerial or engineering, are key to the smooth running of the petroleum sector in any country, so why this reluctance to bring in outside help and in a formal, professional fashion where reports are compiled, recommendations made and results of deliberations made open to public inspection? Since the January revolution auditing firms have been used by the petroleum ministry to check on the expenses of international oil company (IOCs) for cost-recovery purposes. Relying on consultancy firms is a measure of transparency and even the oil majors call on internationally accredited consultancy practices like McKenzie and Grant Thornton to help them out with their accounts and to upgrade and restructure their staffing and administrative practices.

A series of related questions, then, need to be answered: What is the current state of Egypt’s consultancy sector? What are the factors holding it back? What can be done to ameliorate this situation, taking country examples as a guide? We also have to bear in mind that Egypt is on the verge of an energy transformation thanks to the Suez Canal Industrial Zone. As the Petroleum Minister, Tarek El Molla himself has outlined, the focus of government policy is now on promoting small and medium-sized enterprises (SMEs) in petrochemicals. At minimum they will supply local markets and so reduce the fuel products import bill, and absorb the unemployed.

The grander objective, of course, is to make Egypt a regional energy hub, and SMEs are the building blocks of this strategy. Consulting firms, as we shall see below, will aid this process considerably. So resolving the questions listed above has never been more pertinent in the petroleum sector.

Engineers in the Industry

Engineering consultancy firms are the true unsung heroes in the Egyptian oil sector. They deal with such a huge range of issues – reserve estimation and structure, stratigraphy and new acreage evaluation, engineering and production facilities, pipes and storage, etc.

They also make a valuable contribution to the cost accounting of oil companies when it comes to concession evaluations and determining the cost of surface equipment and matching equipment requirements to reservoir characteristics. Moreover, bank loans for particular investments or extensions to existing projects demand “certification” from such technical studies. Local consultancy firms are hired all the time and are employed by the private sector, foreign and domestic, and by joint ventures. As for the pool of expertize they rely on, apart from their own seasoned staff there are the “Associated Consultants,” usually very experienced university professors who have worked in oil companies before, hired on a weekly basis. Many university professors themselves set up consulting offices, along with former government officials in the energy sector, on condition that they work out of hours.

So while the talent is out there, explains an engineering consultant who prefers to go unnamed, there are problems holding back the consultancy industry in Egypt. One is cultural since, as he puts it, Arabs are mistrusting of software and are only willing to spend large amounts of money on hardware. Arabs, not just Egyptians, like purchasing “tangible” items – engineering equipment, office buildings, computers, oil rigs, etc. Knowledge, however, is a no-go area. An Arabic businessmen or public official simply is not willing to spend a million pounds on a study, in marked contrast to the rest of the world.

Then there is the problem of “pitching”; oil companies don’t contact the consulting firms, you have to go and “convince” them, to use his own words. It is difficult to get into the petroleum market in general, he added. It certainly was hard tracking these technical firms down since only a tiny smattering of them were listed in the business and petroleum directories. Most were only willing to speak once assured that they would not be quoted by name. A great many Egyptian oil service companies also carry out some of the functions of consultancy firms, one finds, evidence that the engineers are incapable of covering the demands placed on them by the petroleum sector by themselves.

There certainly are important gaps in the functions provided by the engineering consultancy sector. According to Abd Al-Maguid Marouf of Egyptian Petroleum Consultants (EPC), there are almost no engineering consulting firms in Egypt that deal with tertiary or enhanced oil recovery (EOR), an incredibly complex, risky and costly enterprise, as he explains. The same holds true of optimization, since his firm is practically the only one in the market that deals with the nuts and bolts of optimization – sucker rod pumps, well studies, surface facilities, fluid levels, concept design, etc.

Engineering consulting in Egypt is clearly a segmented and piecemeal enterprise, with duplication of effort between oil companies and consulting firms, offices and freelancers, and little to no channels of communication between the different components of the petroleum sector. Speaking to petroleum studies professors a common complaint you hear is that there is no coordination from the petroleum ministry in this regard, with individual efforts from the private sector but no fully worked out strategy to direct these efforts.

Sources add that the pay for outside consultants from the petroleum ministry is not so good either, as it creates “sensitivities” with their counterparts in public service, and the tasks are tiresome given the red tape. Consultants are underappreciated in Egypt, they admit, adding that the bureaucracy insists on leaving this issue to resolve itself with time. As one anonymous source said, this reflects the usual approach that is taken here in almost every sector.

A very interesting example of how the state can rectify such dilemmas and direct consultancy work towards country-specific needs is Indonesia, to cite Lauti Nia Sutedja, Head of Information and Socio Cultural Affairs at the Indonesian Embassy. The government of Indonesia (GOI) openly invites prominent figures from these firms to discuss policy options and how to introduce and implement new regulations. As she explains, the GOI does not hire consultancy firms as such but “rather we ask them to be part of government related partners (established by the GOI) such as the National Energy Council, The National Exploration Committee, etc.”

The exploration committee in particular is in charge of boosting exploration and finding the best way to improve the investment climate. It does this by studying the condition of oilfields and coordinating between government agencies and authorities at the national and regional level.

Egypt does not have the oil and gas reserves of a country like Indonesia but, as we have argued in these pages before, both countries are net fuel importing nations with very mature oilfields and facing the slump in oil prices. This means tertiary oil recovery and optimization (cost-cutting without sacrificing quality), priorities the consulting sector in Egypt is not currently capable of fulfilling, through no fault of their own. All the more reason to learn from the Indonesian example.

Bringing the Managers In

This, of course, is not to downplay the role played by managerial consultancy, especially when it comes to Startups and SMEs. It’s the management consultants who help such newcomers get loans, pay their taxes, deal with legal problems or problems with customs, tell them where to invest their money, who to partner with, etc., explains independent business consultant Ayman Hadhoud.

Bureaucracy is a problem holding SMEs back, he adds, but not the fundamental one. It’s more to do with financial limitations, a lack of entrepreneurial motivation and capabilities, and – critically – managerial issues. Sadly, from speaking to managerial firms in Egypt, you find a similar pattern of functional gaps and implicit restrictions to those suffered by engineering firms.

Most are not involved in the petroleum sector and they by and large do not deal with Startups and SMEs. Those that want to enter the petroleum sector likewise confess that it is difficult to get in and get noticed, even for local firms with a proven track-record. We can add “foreign ownership” to the list of problems, says Riyad Nour, a freelance managerial consultant in the manufacturing and textile sectors. With franchising the system is already set for the Egyptian managerial staff from the home company. Some Egyptian oil companies do hire managerial consultants to help them restructure and upgrade their workforce and the pay is good, by Egyptian standards, he noted, but it isn’t a frequent occurrence.

Even firms that deal with IT services and streamlining businesses do not deal with optimization. Freelancers fill this gap, says Hadhoud. This extends to supply chain management and other SAP services that large managerial firms specialize in, adds Riyad Nour.

The Gulf Arab countries are a model worth emulating here. They are in the early stages of their own SME managerial transition to offload job creation onto the private sector and diversify the economy away from oil. Even in business savvy Emirates, SMEs rely on the professional help of firms like Deloitte Corporate Finance and PricewaterhouseCoopers (PWC). The UAE, already a regional energy hub, has been so successful promoting SMEs that even oil-rich Saudi Arabia has been trying to catch up with it.

Oman, very wisely, has also been using “local content” stipulations to create jobs and employ resources, and getting oil majors like British Petroleum (BP) to underwrite SME promotion programs and train and fund aspiring entrepreneurs. This is an example of “backwards linkages,” says energy expert Dr. Magdi Nasrallah, where multinationals are prompted into helping local communities but in an economically and technologically sound way. This means feasibility studies and technical specifications – consultancies again.

This also recalls the localization and cluster-based development model advocated by Bain partner John McCreery, using the North Sea’s petroleum hub, Aberdeen, as a model. This is more suitable for the Suez industrial zone than we think. The advantage of SMEs, explains Hadhoud, is that they are sustained by what is known as “external” economies of scale. Instead of doing everything in-house in a factory you outsource and build relationships with other small-scale entrepreneurs. The problem with “internal” economies of scale, such as mass production, is that you need a large and thriving consumer market – what exists in already “developed” countries.

Smaller firms, however, can specialize and focus on niche markets instead, and go global in search of sustainable opportunities during adverse economic circumstances. That is precisely what Aberdeen did, says McCreery, citing engineering services company Wood Group as a stellar example. Look at Dubai Ports World and how it almost got the contract to manage America’s harbors. Where engineering and exploration firms go, consultancy firms will follow, as Aberdeen has also been exporting its HR and other manpower and training services abroad too.

There’s nothing wrong with a little ambition. When queried about the new Suez Canal, managerial consultancy firms here said they were optimistic about the opportunities it will open up for them but – given the restraints on the business – were not making plans to head to the Suez Annex any time soon.