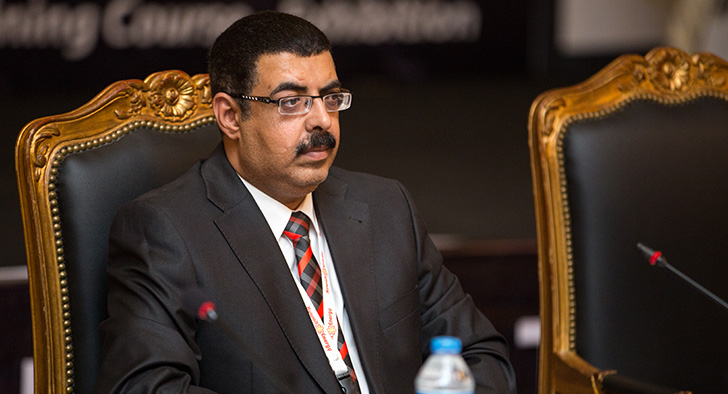 Egypt Oil&Gas sat down with Deputy CEO of Production at the Egyptian General Petroleum Corporation (EGPC), DIAA ELDIN M. KASSEM, in an exclusive interview to discuss the role of International Oil Companies within the Egyptian upstream market.
Oil majors, otherwise known as International Oil Companies (IOCs), are able to operate in the Egyptian upstream market by entering into partnerships with the Egyptian General Petroleum Corporation (EGPC) to form a Joint Venture Company (JV). It is through this JV that exploration and petroleum production occurs and it represents the interest of both the foreign partner and Egyptian one in the allotted concessions.

The Role of IOCs in Exploration and Development

In the process of forming JVs, first, EGPC launches a bid round for the exploration and development for certain areas, within the government’s set framework and guidelines. IOCs have the opportunity to compete in these international tenders and put forward their proposals. During this phase, an investor can propose drilling one exploration well, while another might propose three, all of this is taken into consideration when evaluating the proposals until EGPC chooses an investor with the best technical and financial offer. Accordingly, the selected IOC is awarded the bid, after which the first exploration well is drilled. Once it is proven successful, the foreign investor informs EGPC of the commercial discovery. If EGPC agrees that the results are considered a commercial find, the IOC is then required to submit a development plan that is reviewed and approved by EGPC. As Diaa Eldin M. Kassem explained, “together with the IOC, we go through discussions and negotiations until we agree on certain blocks that are allocated to the investor and on which he will operate. We cannot leave the development of concessions entirely up to investors’ discretion. There has to be an agreement on the work that will be performed by the JV. These companies do not have the authority to drill wells from their own accord.”

If the investor already has an existing partnership with EGPC, then the new work is added to the scope of the company. However, if this is a first-time investor, a new JV is established and its organizational structure is put in place in order to assign the roles of CEO, management board, and other titles that are sourced from both the IOC and EGPC.

The JV has another role, which is to source equipment and services necessary to complete the agreed upon work. The JV has the authority to issue tenders and select suppliers accordingly. In these instances, EGPC assumes more of a regulatory role. The foreign investor submits a comprehensive budget that is reviewed by the JV’s General Assembly. Both partners must agree on the budget, which covers a defined time period, usually a year. The budget specifies the number of wells the JV will drill during the period, the type of these wells, whether exploratory or development, the number of workovers, in addition to the volume of annual production and overhead amounts.

Once the budget is approved, the foreign investor must inject money, capital, in order to complete the work. However, there are some instances where the foreign investor might refrain from providing huge funds, especially when global oil prices decline. Kassem stated that “this does not happen only in Egypt, but worldwide. The investor might choose to delay funding and reroute the money to another country that has a quicker or higher rate of return.” He added that “the Minister of Petroleum and Mineral Resources, Eng. Tarek El Molla, attends as many General Assemblies as his schedule permits to encourage our foreign partners to inject more funds into the development of Egypt’s petroleum resources.” Nevertheless, once foreign investors enter the Egyptian market, they tend to remain active in the country because they are able to generate good profits. Furthermore, they view Egypt as a stable and safe environment for business. Kassem concluded: “Everyone in the company [EGPC], starting with EGPC’s CEO, Eng. Tarek El Hadidi, spare no effort in reassuring foreign partners of Egypt’s positive investment climate, as well as asserting the various benefits of the country’s oil and gas sector.”

Egypt offers foreign investors quicker recovery rates for their capital expenditure. They can recover CAPEX within about four years, because under the terms of the production sharing agreements, foreign investors receive almost 45%-50% of oil and gas produced from their fields. This is quite beneficial from an investment standpoint, together with low production costs. Egypt is ranked amongst the countries with the lowest operating costs. For example in America, operating cost can reach $55 per barrel. Yet, in Egypt it reaches about $4 per barrel, according to Kassem.

Challenges for JVs in the Egyptian Market

As there are advantages to doing business in the Egyptian upstream market, there are also some challenges. Diaa Eldin Kassem stated that the biggest hurdle facing IOCs operating in Egypt is limited availability of USD. He added that “this is a crucial problem for all of Egypt, not just the petroleum sector. The minister himself is overseeing this issue.”

These outstanding arrears owed to IOCs do have an impact on investors’ sentiment about Egypt. EGPC has paid foreign partners their shares in profits, however, there are some share payments that are overdue. Kassem said that “we are doing our best to payoff these outstanding balances. We did pay back some of them, but some still remain open.” He reassured that there are no companies, which have halted operations due to unpaid arrears, adding that “they are profiting, but the problem is that their money is pending and they want to invest it. But nobody has stopped their investments. Our foreign partners have profited a lot from Egypt, they consider the money Egypt owes them as if placed in a bank without interest. Egypt will pay back the amounts, we are just waiting for the economy to recover, and we are expecting this recover to occur within the coming two years after the addition of Zohr and Northern Alexandria gas discoveries.” He emphasized that, “we [EGPC] have a very respectable relationship with foreign investors. We don’t face any problems with the major IOCs, sometimes with smaller investors, because they cannot tolerate any delay in payments, even if we are talking about a couple of million.”

EGPC’s Deputy CEO for Production further concluded that foreign investors remain in Egypt regardless of the adversities, because the country has a lot of oil and gas potential. He iterated that “Egypt is the most secure country, contrary to what is being said. Investments in Egypt yield an immediate return therefore the biggest global companies are doing business here, like BP, Shell, Eni, Apache. They represent the top IOCs worldwide.”

The Impact of Oil and Gas on
Egyptian Wealth

With 1.5mb/d equivalent of oil, gas, and condensate, the petroleum sector plays a vital role in the prosperity of Egypt. Kassem explained that “all sectors depend on fuel, therefore, any disruption in the petroleum sector will cause a cascading effect to the entire country. Without oil and gas, there will be no electricity, and without power, a million other things will collapse.” Accordingly, EGPC is covering Egypt’s entire domestic demand for fuel. Kassem added that the ministry is currently searching for alternative sources of energy that can be used in order to conserve gas or oil consumption. He said that “this will take some time until we can improve these new and renewable sources of energy, whether from a technical point of view or financially.”

Given the efforts that the Egyptian government and Oil Ministry exert in order to sustain national economy, the country has promising outlook. Kassem affirmed that there is a tendency to position Egypt as a global energy center, after the successful exploration of Zohr, which is expected to come online some time mid 2017. “This discovery is one of the biggest worldwide, not only in the Middle East, but globally. This will help Egypt regain its global position within the gas market.” And with the existing capacity and potential that the country has, it is only a matter of a short period of time before this starts becoming a reality.