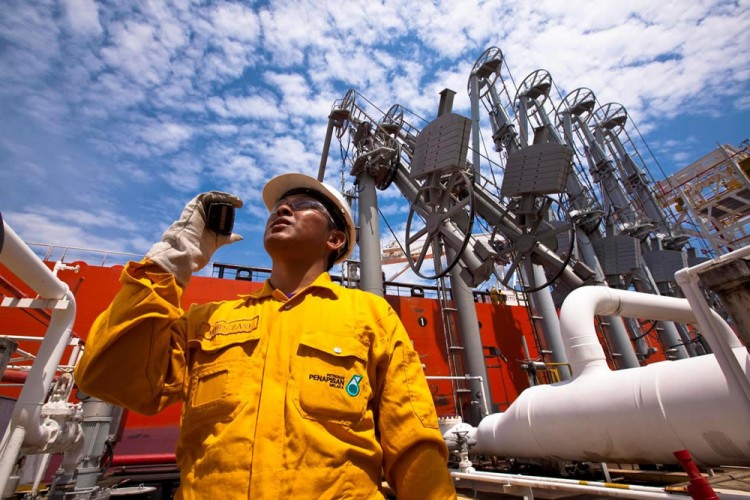 Oil recovery is a necessity, not a luxury, for an energy-importing nation like Egypt that has a limited number of oil producing wells, most of which are already mature. With a rapidly rising population and a slow pace of exploration there simply is no substitute for Improved and Enhanced Oil Recovery (IOR/EOR). It has been estimated that as much as 60% of a well’s original supply stays locked in a reservoir at the end of its 30 to 40 year life-cycle. IOR sets the scene so to speak; beginning at the primary and secondary stages and targeting mobile oil, while EOR comes at the hardest tertiary (third-stage) and involves immobile oil. Cairo University’s Mining Studies and Research Center estimates that as much as 3.2Bn barrels of oil remain to be extracted at this final stage.

This is a matter of national security, and not just for Egypt, but for the MENA region as a whole. Note that while EOR goes back as far as the 1950s—following the full conversion of the American economy from coal and steam to oil—millions worth of research funds in the US only first became available during the October War oil shock. America’s plan was to ensure that the domestic oil supply could provide for two thirds of demand should another emergency occur. The subsequent oil price slump of the late 1980s and 1990s almost killed off the technology, which is why a global industry only really began to coalesce and gain momentum in 2003-2014, a period of persistently high oil prices. (Higher for many years in fact than in 1973-74). If oil prices today continue to slide, could EOR once again become prohibitively expensive?

Cost is everyone’s fear. From speaking to people in the field, this newspaper has learned that some EOR methods are not taking off as predicted in spite of their proven feasibility. Wherever it is employed, EOR has four basic problems, explains international expert on sustainable production enhancement of oil and gas fields Dr. J. Samuel Armacanqui: the long term nature of EOR projects (stretching from upwards of ten years), the high amount of investment and resources required, the uncertain results to be had, and the very complexity of the processes involved—it covers so many disciplines that it becomes difficult to find the full range of expertise needed for the full lifecycle of a project. These challenges, however, have hidden advantages. Since you are dealing with mature wells, you rarely have to incur any new seismic surveying costs, and since each technique is ideally suited to a different kind of oil with its unique set of geological conditions, each has its own break-even price, leaving you with a price range of $10 to $40 per barrel thanks to the latest technological advances. (Seven years ago the range was $20-$70).

In EOR, there is a new breakthrough almost every day, giving birth to new techniques or refining old ones; chemical, thermal (the most popular in Arab countries), miscible and non-miscible, microbial, CO2 flooding (the most popular technique in America), polymer flooding, etc. The number of chemicals involved has declined, as has the cost. There are also cheaper versions of a specific technique, such as nano- and regular polymer flooding, giving you more options in the shifting sands of the petroleum world. Recovery rates vary widely between these methods, but 10% to 30% of additional recovery is the global EOR average.

The trouble is that it is easier to justify investments in EOR’s twin technology, IOR, as IOR involves a set of methods (e.g. water flooding) that come naturally with exploration and production, explains Dr. Magdi Nasrallah, professor and founding chair at AUC’s Department of Petroleum and Energy Engineering. Consequently, the risk of a technique failing can be offset by the general performance of an oil company.

EOR, by contrast, is a very specialized industry. The tiniest savings from a specific method can quite literally make or break an investment given how high the overhead is. Therefore, it is not so much low prices as price volatility that poses the challenge. Increasing competition over Egypt’s limited number of wells ups costs too.

Additional problems crop up in the Egyptian context, to cite Drs. Mahmoud Abu El Ela, Helmy Sayyouh, and El Sayed El-Tayeb of Cairo University, writing in the Oil and Gas Journal on the feasibility of CO2 flooding in Egypt. The infrastructure already in place is corroded and needs to be modified, as it wasn’t designed for CO2 use; CO2 source companies need to coordinate with oil producers; underground storage of CO2 poses other legal challenges. This set of problems has yet to be resolved. Dr. Sayyouh actually introduced the concept of EOR to Egypt in 1979, highlighting it as a nationality priority. Egypt only launched its EOR facilities around 2007, illustrating just how late in the game the country is.

Egypt’s predicament is very similar to that of Indonesia, an oil-producing nation that had to leave OPEC in 2008 after it became a net importer. By the turn of the new century, close to 80% of Indonesian production had reached the “brownfield” stage (fields that have already passed peak production with pressures naturally declining from that point onwards). Technical solutions were found nonetheless. The Duri field, for instance, has been using steam flooding since 1985, with a pilot scheme dating to 1975. By drilling new development wells and expanding the scope of flooding, the field was producing three times as much as before in 2008. Duri began production in 1954.

Dr. Armacanqui’s original experience was in Oman, the “oil recovery champion” of the region. Peak production was reached in 2001 and EOR methods were successfully employed from then on, to the point that IOCs that had previously hesitated over investing in brownfields later returned in full force. In Oman, oil recovery is an openly stated objective, much as power generation from renewables has become in Egypt.

Indonesia has built its own national plan on regulatory reforms such as simplifying the approval process for Plans of Development (POD), Work Program & Budget (WP&B), and Authorization for Expenditure (AFE). They have also increased coordination between different agencies, fast-tracked the issuing of Engineering, Procurement, and Construction (EPC) contracts, and facilitated the re-opening of fields and old wells. They did this by capitalizing on past successes and correctly identifying hurdles holding back further brownfield investments.

In the Egyptian context, these regulatory problems/opportunities come in the form of Production Sharing Agreements (PSAs). To quote EGPC chairman Tarek El-Molla, “We realize that enhanced oil recovery projects require significant investment and probably different duration terms in typical concession agreements… We are open to modifying our typical production sharing agreements to encourage successful enhanced oil recovery projects.” Note also that IOCs get paid all their expenses by the end of a contract’s duration in the form of cost recovery, which leads to these companies dragging their feet and not making any new investments in the remaining 4 to 5 years, a phenomenon we have documented several times in this paper.

The Egyptian constitution stipulates that the duration of an oil concession contract can last no longer than 30 years, which is precisely when the lifecycle of an oilfield is coming to an end and oil recovery investments should begin. EOR capital costs for large fields are in the $100-$500m range, explains Dr. Armacanqui, and so IOCs shy away from making such commitments as their contracts come to end. El-Molla’s latest comments to our paper would indicate this realization is gaining traction at the policy level: “We [The EGPC] recently had a meeting with the executive board where we discussed Brownfields. We think that for some concessions, service agreements would be fast and speedy with bringing these online. We do not have the luxury of time, so this is important to us. Service agreements are what we are looking at for Brownfields, definitely.”

Science as a Solution

In the region, the Sultanate of Oman is a good example on how to steer EOR Techniques. It started from the scratch about 10 years ago and it has become a well recognized international hub for EOR Field Applications, delivering significant production increases and in some cases breaking new ground, points out Dr. Armacanqui.

Optimization is another option, to cite Indonesia again, employing cost effective mechanisms with its EOR operations even before the current price crunch. While not identical to oil recovery, optimization is intimately linked to it in practice, even at the IOR stage, and becoming increasingly critical now with the price slump. Oman has also been extending concession agreements for brownfields to attract investors to the sector.

Iran is now busily drawing up a new model for oil and gas contracts—with help from IOCs—to open up the country to Western investment; and oil recovery is in their crosshairs too. The country has been buoying reservoir pressure with their ample gas reserves but, according to Israel, Iran has also been relying on nanotechnology to boost oil recovery. So, even in the absence of international help you can still develop EOR locally. Luckily, “most Egyptian nano-experts working here have been trained locally,” says Dr. Ahmed Noah, formerly an AUC Associate Professor of Petroleum Engineering, and a noted nano-researcher himself.

The trouble is integrating these scientific efforts into the oil sector. This is because most of the research conducted at Egyptian universities are “not targeted to certain [oil]fields,” says Dr. Adel Ragab, an EOR nano-researcher our paper has cited before. Many techniques work wonderfully in the lab only to fail in the field, Ragab added. Again only a fully worked-out and detailed national plan will accomplish the goal of EOR in Egypt, especially since nanotech applies to every aspect of petroleum, even the maintenance level, according to Dr. Nasrallah. Nano-particles can be injected into a well to tackle the very fine dust that collects in the well bore region from day one, clogging up pipes; a problem that has actually shut down wells in Egypt before.

The same goes for drilling, PTV fluids, and extending the life of drill bits. Sadly oil policy in Egypt has too often been focused on the downstream sector, away from E&P, where R&D funding is a constant priority. For the Egyptian oil and gas sector to remain viable, science and technology policy must change.