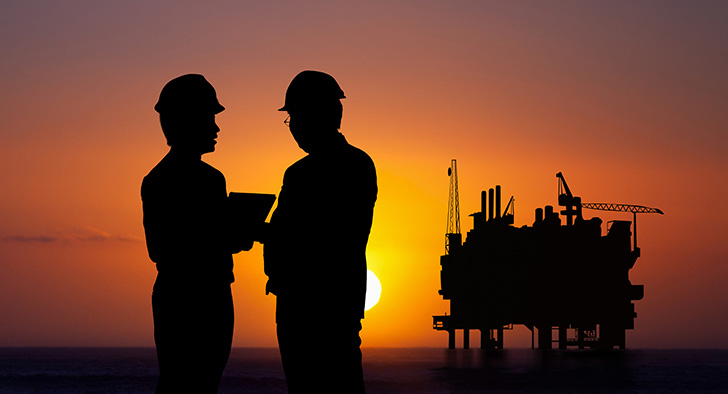 The global oil and gas industry has been rapidly turning into a highly volatile and complex industry over the last two years. Meanwhile, the different types of players operating within the industry have been often caught competing on supply chain effectiveness to lower their overhead costs, improve their operational efficiency, and sustain their growth and profitability, in the thick of the fluctuating business environment. Oil-field service and equipment (OFSE) companies have been among the companies suffering the most from the international plunge in oil prices, which commenced in mid-2014.

The OFSE companies, which are considered to be the customer’s customer as they provide services and equipment for various types of field operators like exploration and production (E&P) companies and engineering procurement and construction (EPC) companies, have been witnessing their business gradually evaporate as such operators – their clients – have been drastically cutting back on their spending amid the global oil and gas price slumps.

Any oil and gas company’s business performance in a highly fluctuating market is mainly dependent on the company’s supply chain system’s capability to cope with changes in volumes, materials handling, domestic and international transportation, and inventory visibility and control. Hence, an oil and gas service company’s supply chain logistics can either become the fundamental game-changer that pushes the company to overcome looming risks and gain comparative advantage at times of crises, or the main factor behind making the company experience a precipitous trajectory and witness its business go to vain. This is why supply chain agility should be the main concern for any oil and gas service company that absolutely depends on another party – the client – to generate revenue.

According to The Economist, one of Saudi Arabia’s former oil ministers, Sheikh Ahmed Zaki Yamani, once said: “The Stone Age did not end for lack of stone, and the Oil Age will end long before the world runs out of oil.” These words, which were quoted from an interview in 2001, evoked nothing but wishful thinking back then, yet, 16 years later, Yamani’s prediction seems to neatly sum up the current unsettled state of the oil and gas sector. The prices of crude have dropped down from $102 per barrel in January 2014 to just below $30 in January 2016. According to Oil Price’s latest report, that came out in September 2016, the West Texas Intermediate (WTI) and Brent Crude (Brent) oil prices currently stand at $44.44 and $46.83 per barrel, respectively.

It is a widely known fact that the drop in global crude prices, that began in the middle of 2014 as a consequence of the growing surplus of crude oil in the face of the weakening demand, caused many companies operating within the oil and gas field to witness huge downfall in their financial statements. In an online publication by Bain & Company, one of the world’s leading management and consulting firms, partners, Ethan Phillips and Peter Jackson, wrote: “With [crude] prices hovering below $50, North American tight oil drilling has declined significantly and is unlikely to return to 2014 levels for the foreseeable future (if ever), but this will remain an attractive source and will be one of the first to see renewed activity once demand catches back up with supply.”

In the same publication, the Houston-based, Ethan Phillips and the London-based, Peter Jackson, added that the OFSE providers have been among the hardest hit in the energy sector: “Their revenues have fallen significantly as exploration and production (E&P) customers have slashed Capex and activity levels and pressured suppliers to cut pricing. In fact, the leading OFSE companies saw a collective 25% drop in revenue from the second quarter of 2014 to the same quarter in 2015.” Such decline in revenue came in as both the international oil companies (IOCs) and the national oil companies (NOCs) have been aggressively negotiating for 10 to 30% discounts, over the last two years, from oil-field service providers.

Henceforth, the service companies need to be aware of the importance of adapting a vigorous and flexible supply chain system that can quickly acclimatize to the client’s desires regardless of the circumstances that the outer environment is going through.

One of the mechanisms is to create effective Supply Chain Management (SCM) structures. SCM is defined as the configuration, coordination, and continuous improvement of a company’s routine operations in order to provide maximum customer service at the lowest expense possible.

The oil and gas service companies’ business model focuses on providing field development services that cover the entire oilfield life span to contractors at concession areas, who are considered production companies that sell oil based products to end-users. Therefore, since that any service company is merely a customer-based business that targets meeting its clients’ requirements, improving the company’s supply chain operational efficiency and agility should doubtlessly come at the very forefront, especially during times of tragedy, in order to eliminate vulnerabilities.

The word agility was originally rooted from the Latin term agilitās, the power to move quickly and easily. In SCM, this terminology reflects the capability of a company to respond and become resistant to any external change. According to David M. Gligor’s scholarly article, The Role of Supply Chain Agility in Achieving Supply Chain Fit, there are five complementary dimensions that explain the complexity of supply chain agility; alertness, accessibility, decisiveness, swiftness, and flexibility. These dimensions also act as capabilities that need to be adapted by firms that want to “possess the ability to quickly adjust tactics and operations within their supply chains.”

Alertness defines the companies’ abilities to read and detect changes. This concept includes scanning and monitoring the environment and the data respectively to grasp a better understanding for the market’s strengths, weaknesses, opportunities, and threats (SWOT) for supply and demand. Accessibility stresses on the importance of sharing the relevant data across the different hierarchies within the supply chain system for better integration techniques that enables the company to quickly detect and react to market changes. Decisiveness designates the ability to make solid decisions at a fast pace, so that the company would be able to quickly and smoothly change direction in times of crises. Swiftness indicates the ability to execute plans and operations as quickly as possible regardless of the economic upswings or downswings. Flexibility describes the degree to which the company can adapt and implement new tactics and processes. This dimension combines the robustness of the supply chain.

Another essential dimension that can greatly contribute to improving the supply chain system within an oil and gas service company is providing visibility through data forecasting and scenario analysis. In his book A Theoretical and Practical Contribution to Supply Chain Robustness, Christian F. Durach, argues that a forecasting model based on the analysis of current and historical data can enable better predictions. For example, since the oil price acts as a strong indicator for the effectiveness and the activity of the market, a forecast of the oil prices can offer service companies great conspicuousness regarding the volumes that the producers would necessitate to meet their customer’s demand. It will thus provide the service company with a better understanding of the services that its client will probably be requiring. Another example would be forecasting the prices of other commodities and raw materials, like steel, that are required for operations. For instance, a forecast of the global steel price can enable a service company to implement cost reductions by allocating the best time to buy the needed raw material from the right supplier.

The multifaceted concept of supply chain agility encompasses various interrelated dimensions that enable oil and gas service companies to get around the high uncertainty levels that are currently present within the international oil and gas sector. Moreover, a company that adapts such capabilities within its supply chain system will have the opportunity to outperform its less agile competitors thus gain competitive advantage within the OFSE sector.

Schlumberger: The Pioneer in SCM

Schlumberger, the world’s leading oilfield services company, can be taken as the poster child for having one of the best supply chain systems within the oil and gas sector. Headquartered in three different cities, Houston, Paris, and The Hague, the company has succeeded in supplying numerous large scale projects for different contractors in around 80 countries.

In November 2013, The American Oil and Gas Reporter, a publication that serves the exploration, drilling, and production industry, mentioned that Endeavor Energy Resources LP has depended on Schlumberger’s technical expertise and contracted the originally-French service company to drill and complete a problematic oil well located in the Wolfcamp Shale in West Texas. Wolfbone was the local name given to the Delaware basin’s vertical wells with comingled production from the Wolfcamp and Bone Spring Intervals. The Wolfbone interval was characterized by highly heterogeneous lithologies and formation properties, thus to ensure the economic success of the Wolfbone interval, Endeavor Energy partnered with the reputable Schlumberger to characterize the reservoir.

According to Schlumberger’s case study on the integrated stimulation strategy that the company implemented within its supply chain logistics, as published on the company’s website, Schlumberger offered Endeavor Energy “an integrated strategy encompassing detailed reservoir characterization, complex fracture modeling with Mangrove software, and HiWAY channel fracturing technique.” This integrated workflow has greatly contributed to optimizing the well completion efficiency and effectiveness and ended up saving Schlumberger’s client, Endeavor Energy, up to $734,000 per well. Schlumberger’s strategy also increased the well’s initial oil production by 60% – in comparison with the offset horizontal wells – as the HiWAY technique used 30% less proppant per stage and conserved 6% less fluid per stage than other conventional stimulation treatments.

Schlumberger’s supply chain management had to conduct “a completion and production analysis [on the subject wells], which includes post-treatment fracture simulation, production log analysis, rate transient analysis, and production history matching,” the company’s website read. These steps aided “the calibration of the petrophysical and anisotropic stress models.” Such data forecasting and analyses played a big role in not only saving the client the mentioned amount of money, but also in identifying “high-potential horizontal targets within the Wolfbone play that would be targeted in future horizontal developments.”

Schlumberger has thus demonstrated its ability to adopt effective SCM mechanisms that have strengthened its position in a challenging and competitive market that the oil crisis has created. The company’s achievements thus strongly suggest that only those OFSEs that will succeed in preserving their margins, allocating their challenges, conducting solid forecasts, coping with uncertainties, and selecting the right strategies, services, and technologies for their clients, will be able to generate the highest profits during this unstable period and come out from this crisis with greater resilience. An agile SCM scheme would enable them to do all of these operations at the right time and at the right cost.

This is why service companies that are struggling in maintaining their business should consider evaluating the existing panel of supply chain systems within the OFSE sector, like Schlumberger did. Furthermore, they should start adapting similar strategies that would help them boost their performance through remodeling the company’s inner systems according to the wavering circumstances that the oil and gas industry has been facing.