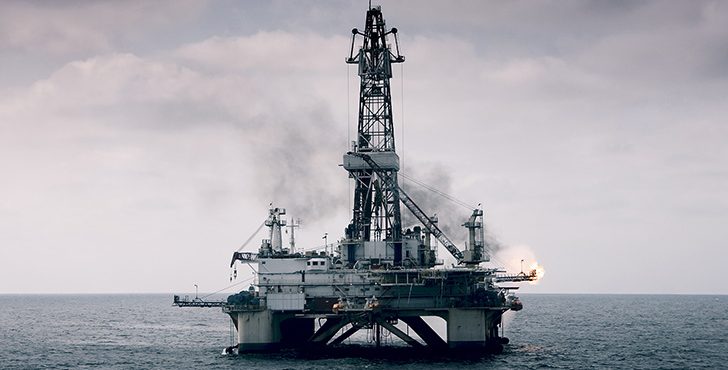 Gulf Of Suez Petroleum Company (GUPCO) is conducting a rehabilitation project for the company’s M36 platform with an overall cost saving along the project duration, which amounted to $40.39 million.

GUPCO’s rehabilitation project aims to reduce the Major Accident Risk (MAR) on the company’s platforms to an acceptable level, and target optimum shutdown durations, in addition to minimizing or fully eliminating the need for extended production shutdowns. The goal is to not repeat the incident that was experienced on previous TARs.

The Scope of the Project

The project team has been challenged to execute M36 scope with production losses and secure minimal shutdown durations. The E&I scope forms the biggest challenge as it needs a total shutdown to be executed. Thus, GUPCO concluded to procure a YOKOGAWA system for operations on the M36 platform.

Furthermore, several workshops were conducted with Operations in order to optimize the required durations. The team succeeded in finding an execution strategy for M36 ESD scope during one of the main shutdowns, while a total shutdown is still needed in order to switch between the existing and the new ESD systems.

Moreover, the fire fighting replacement campaign started in December 2015 to provide safe working environment for the people on board with current progress of 21%.

Both scopes are considered as separate campaigns and therefore are not represented in the Rehabilitation Risk Reduction Scope progress figures, which are currently standing at 43%.

The engineering activities, which marked progress already in 2014, were interrupted by a change of execution strategy calling to reconsider the single total S/D, replacing it with shorter partial S/Ds in order to minimize production losses.

New studies that are currently being conducted show that the company performs a series of re-engineering processes. These studies include Flare study by DNV to select the best scenario for flare header as well as a new Flare Knock-out Drum study. They further include a structure assessment study to check the integrity of jackets and bridges, and revising the P&IDs to support the execution in repeatedly partial shutdowns.

Procurement is ongoing for the tools and equipments required for the execution of the project. Material requisitions focus on replenishing used materials for other projects. The execution team conducts the preparations of work packs and constructability reviews.

In order to overcome the delay in the engineering, rehabilitation project execution followed a fast track approach to start the fabrication of piping spools, which will not be subjected to design modification. The project’s in-house workshop is used for this purpose, performing dimensional checks and starting fabrication accordingly with current progress at the level of 15%.

In February 2016, the M36 Rehabilitation Project took over ADII barge and the completion of the Fabric maintenance and Fire Fighting Scope. Part of the Rehabilitation Risk Reduction Scope (Demolition Scope) will take advantage of available extra capacity of the barge. A new DPII crane with 100t crane and motion compensation system (MD 235) is currently mobilized to join GUPCO’s offshore campaigns. The crane was expected to be on location and manned up by end of March 2016. This was the primary vessel supporting the Rehabilitation Risk Reduction Scope, in addition to the existing ADII, after completing the Fabric maintenance and Fire Fighting scope of works.

Starting from May 2016, the engineering deliverables have been released to allow the fabrication of remaining batches.

Additionally, the project’s team is adding some improvements to the strategy in order to reduce the project cost, part of which is to guarantee self-execution of the project by the company. Along these updates, construction management by ENPPI was replaced. As a result, available internal resources have been deployed to cover the activities in order to minimize the need of additional agency to be hired. Accordingly, engineering and management team were moved from ENPPI premises and located to GUPCO’s facilities.

Moreover, in order to reduce the project costs, the large Jack-up Barge used in previous campaigns is now replaced with MD 235, instead. Labors are now directly sourced from ADES, which comes at lower cost than ENPPI/PMS/SGB previously used on the project. Similarly, most of the procurements will be processed internally, saving ENPPI mark-up for all contracts and procurements. Fabrication is also undertaken in GOS workshop instead of being contracted to Petrojet.

The second phase of the project is the TAR phase to be conducted in 12 months. This includes the LPG Partial S/D, which is divided into PH IV and production P/F piping, upgrading work rooms, electrical scope, and ESD scope. This comes in addition to E&I Complete S/D, the Oil Shipping Partial S/D, and HPG Partial S/D.

The third phase of the Rehabilitation Project is the post-TAR phase, which includes PHIV Modules (A, B, and C) and the balance demolish scope. This phase is scheduled to take six months in total.