Foreign Investment in Egypt: Motivations and Methods of Encouragement 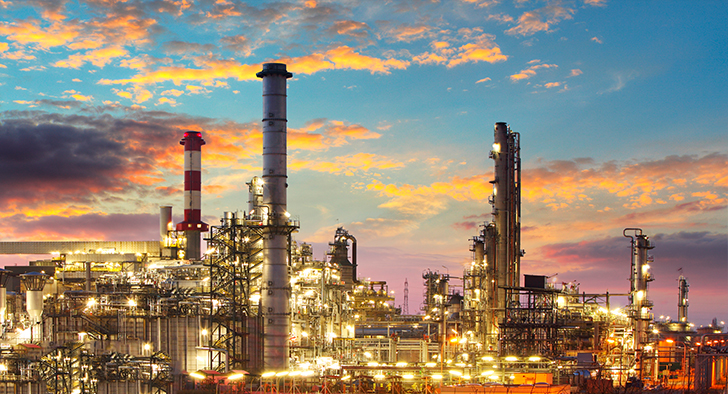 We are now at the first anniversary of the game changing investment summit held last March in Sharm El-Sheikh. The summit sent out a clear message, that Egypt was “open for business,” and actively seeking foreign investment. This first anniversary landmark is the right time to re-visit why foreign investors should be committing to Egypt, as well as measure the progress that Egypt’s government and business community has made in the last 12 months, and to track what remains to be done.

This article addresses the key opportunities now arising in the Egypt energy markets and sectors closely affiliated to the energy industries. It also sets down the key areas where Egypt’s policy, law, and regulation must line up, balancing the interests of Egypt’s national interests and those of foreign investors.

Ten Reasons to Invest in Egypt

There are ten good reasons why foreign investors should look at Egypt, one year on from Sharm El-Sheikh.

The Egyptian Government is proactively and consistently encouraging foreign direct investment, as well as public-private partnerships across a range of sectors. This political drive is being fully supported by the international community including the US, EU, China, the GCC States, and by the various multi-lateral financiers such as the World Bank, International Finance Corporation, European Investment Bank, European Bank for Reconstruction and Development, African Development Bank, and Asia International Investment Bank.

The power sector is projected to need 5.4 GW of energy capacity per annum until 2022, to meet existing demand, which requires additional investment worth $70b. As was recognised at the recent Egypt Energy Investment Summit in Cairo, diversification of energy is the cornerstone of the National Energy Strategy for 2035. Currently 94% of Egypt’s electricity is generated through gas and crude oil; the goal here is to diversify the energy mix to include  enewable, coal, and nuclear. A key goal is generating 20% of Egypt’s electricity through renewable sources by 2022.

The upstream oil and gas industry has been energised by the massive Zohr gas discovery, announced by ENI in July 2015. With 30 tcf of gas, and about two third of which is expected to be recoverable, this project is market for fast track development and will be a game changer for Egypt’s gas supply challenges. BP’s West Nile project will see $12b of investment to develop resources anticipated to reach 55 mmbbl of condensate and 5 tcf of gas. There are over 40 exploration and production companies active in Egypt and the increasing focus on the deepwater activities and prospects of the Mediterranean Sea, and perhaps in due course the Red Sea, will unquestionably increase the level interest among the world’s subsea oil and gas community. All eyes will be on Egypt in April 2016, when the Mediterranean Offshore Conference is hosted in Alexandria.

The Egyptian downstream industry is most developed in Africa. Additional $14b of investments is expected to be made in the refining and petrochemicals industries over the next five years. The World Refinery Association recently hosted the Egypt Downstream Summit in Cairo, during of which it was noted that the Zohr find and the West Nile development could turn “a lack of petrochemical feedstock into an abundance,” and kick start other petrochemical projects as well. Egypt currently has eight refineries handling just over 700,000 b/d.

The World Bank’s MENA Water Outlook to 2050 Report laid bare the challenges facing the MENA region as the “most water stressed in the world.” This stress will only increase given the impact of economic development, growing populations, climate change and emissions targets, and depleting groundwater reserves. It is estimated that $300b investment into water projects, especially desalination, and wastewater treatment plants, is needed over the next five years. With Egypt’s population heading up towards 100m, and representing almost 25% of the region’s people, it will be at the forefront of this challenge.

The second Suez Canal opening in August 2015 marked the start of an ambitious program of investment in Egypt’s infrastructure. Its pivotal geographic position, commitment to international trade and internal market of 95m people will continue to apply pressure on the need to invest in the country’s airports, ports, roads, rail system, and telecoms services.

Although the Egyptian economy is less dependent on oil and gas than many of its neighbours, the Government fully recognises the need to diversify the economy, including encouraging higher levels of local manufacturing and the services sector.  The pivot points for the Government’s plans are the establishment of a new capital city and the Suez Canal Economic Development Zone.

The recent conferences in Cairo referred to in this article fully recognised Egypt’s pivotal and growing role in the MENA region, as well as in the sub-Saharan Africa. Egypt is anticipated to develop as a major energy hub between Africa, Asia and Europe, and the gateway to Africa for wider trade flows. Likewise, Egypt is anticipated to play a greater role in the security of the region. The message is increasingly, therefore, to the effect that investment in Egypt could open doors to wider regional opportunities.

Egypt offers the largest internal market in the region with 95m people; not to mention the opportunity to recruit and train a workforce which can be deployed throughout the Arabic speaking world, and wider. This population has current needs in housing, education, healthcare, and hopefully in due course, greater demand for consumer goods, leisure, and financial services.

The above profile offers, perhaps one of the most attractive market opportunity currently opening up globally. However, there are ten fundamentals which must be present, and remain in place, for a long term foreign investment strategy to succeed.

Major steps have been taken to achieve stability and security, and this contrasts with the unstable environment in various regional neighbours. However, the terrorist attack on a Russian airliner over the Sinai and the impact on the tourist sector was a reminder that more needs to be done.

Since the 1990s Egypt has introduced a series of legal initiatives to allow and protect foreign ownership of business and property, and in many ways these are more liberal than many contrasting legal rules in neighbouring countries. Major progress has also been made to augment the role and acceptance of international arbitration which is widely recognised as being a key pillar of a solid foreign investment platform. The Egyptian legal system is fully recognised as being highly developed but greater confidence will be needed in the courts for the sanctity and enforcement of contracts to be fully functional for foreign investors.

Egypt operates a business profits taxation, in basic terms, at 22.5% and this is competitive and should be unobjectionable to foreign investors. However, the Government’s fiscal position demands that the tax base is extended and this will need to be done on a consultative and transparent basis if investor confidence is to be protected. The most acceptable and palatable form of taxation is to increase the tax base from greater economic activity and gains and therein should lie the focus.

Perhaps the biggest challenge at the current time for attracting foreign investment is the concern that interest, dividends and supply purchases made in Egyptian pounds are vulnerable to devaluation risks. Split payments in EGP and US dollars offers a partial solution, especially where investors have local supplier, employment and other local costs to fund but the investment community is looking for a wider solution as a priority.

Closely linked to the currency challenge is the current restriction on expatriation of funds out of Egypt, with approval of the Egyptian Central Bank being the rule rather than the exception. Low foreign reserves lies at the heart of the problem.

The Egyptian labour law and regulatory regime strikes a reasonable balance across the interest of encouraging and protecting local employment and the provision of a flexible labour force for businesses. Investment in local employment, training and upskilling should be at the forefront of foreign investors’ business plans in any event and the hope must be that these interests can be fully aligned commercially without the need for heavy regulation.

Corruption concerns have, historically, been a concern for international investors and financials and it remains to be seen if the Government can fully implement its well stated objectives to improve transparency and increase the business ethics standards. A key issue will be the equal handed application of regulation and taxation across all businesses irrespective of connectivity to Government.

The process of establishing and licensing of businesses has been significantly advanced by the creation of the General Authority for Foreign Investment (GAFI) and the availability of Free Zone options. However, the Government should continue to actively search for and implement measures which can minimise the perception of bureaucracy in business establishment and compliance processes.

The emphasis on increased local content and participation is likely to being an increasing objective for the Government given the large population looking for jobs and the impact greater local manufacturing could have on the balance of trade and foreign reserves. Currently, there are no huge issues and concerns in this area being expressed by the investment community and so any proposed upscaling of ICV objectives and policies should be also be done on a consultative and transparent basis to retain confidence.

Ultimately, a long term foreign investment programme will only be successful if it can demonstrate enhanced economic growth, requisite levels of job creation and the improvement of living standards and environment of the local population.  Given the turbulence of recent years, there is a genuine willingness to recognize this key objective amongst the business and political communities, and it must be hoped that the current drive for foreign investment will see a maintained trust and buy-in amongst the population. However, the foreign investment community must play it part to achieve and maintain that trust.

In conclusion, it can be seen that there is a wide spectrum of opportunities now offered up by the dynamic position in Egypt. Major steps have been achieved since the Sharm El-Sheikh conference in March 2015 and challenges still remain to be addressed, especially in relation to currency and expatriation, if the foreign investment train is to be put firmly onto the tracks towards the Egypt of 2035 which we all want to see.

Special thanks for the support and assistance given in writing this article on Egyptian Law and Practice issues by Dr. Helar Farghally of the Open Chance Law Firm in Cairo.