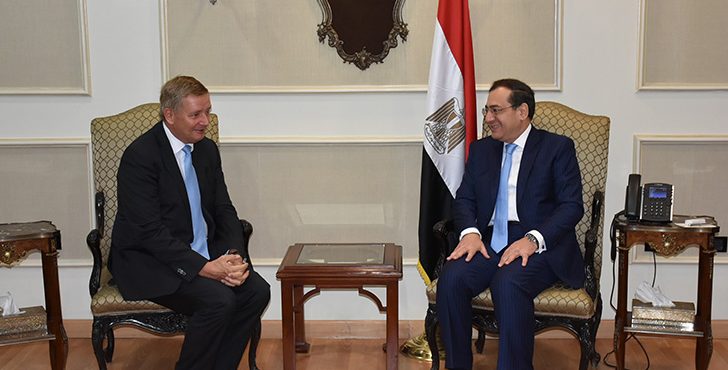 Production from the offshore WND gas fields commenced on 24 March 2017 from the first two fields, Taurus and Libra. Nine wells have now been commissioned and the fields are currently producing at a flow rate of more than 700 million cubic feet of gas per day.

“West Nile Delta is the largest new gas project that has been brought into production in Egypt in the last years. Its gas will contribute materially to the energy balance in the country. It is also one of the largest investment projects within DEA’s portfolio and we are pleased that the first gas milestone has been reached,” says Thomas Rappuhn, Chief Executive Officer of DEA Deutsche Erdoel AG.

“DEA was already involved in this project in its exploration phase and I would like to thank the team for the successful and professional implementation of the first part of the project,” Thomas Rappuhn adds.

“DEA is proud of being an active partner in this project. All members of the project team, within BP as the operator and DEA, have done an excellent job in order to achieve the production launch,” says Thomas Radwitz, General Manager of DEA Egypt.

“We are pleased to be able to start up production from this complex project just a bit more than two years since the final agreements for development were signed. Due to efficient project management, the team was able to deliver below budget and ahead of the original start-up schedule,” underlines Thomas Radwitz.

DEA has a 17.25% working interest in North Alexandria and West Mediterranean Deep Water concessions with BP being the operator and owner of the remaining share.

The West Nile Delta fields are located approximately 65 to 85 kilometres off the coast of Alexandria – Egypt. The gas and condensate fields are being developed in several phases. During the first phase, five major fields are under development: Taurus, Libra, Giza, Fayoum and Raven. Additional discoveries are planned to be developed at a later stage.

In March 2015, the project partners DEA and BP signed the final project agreements, including the life-of-field gas and condensate delivery agreement with Egypt General Petroleum Company (EGPC), upon which the project execution started.

The two fields Taurus and Libra have been developed subsea, with a total of nine wells and an offshore tie-back of 42 kilometre length to existing offshore infrastructure.

The other three fields, Giza, Fayoum and Raven, are planned to be brought into production in 2019. Giza, Fayoum and Raven will be tied-back to the shore over long distance and deep-water. The existing Rosetta plant will be modified for Giza and Fayoum and integrated into a new adjacent onshore processing plant for Raven.

DEA Deutsche Erdoel AG is an international operator in the field of exploration and production of crude oil and natural gas based in Hamburg. Its focus is on safe, sustainable and environmentally conscious exploitation of oil and gas. DEA has 118 years of experience working along the whole upstream value chain as operator or project partner. With a staff force of 1,350 employees, DEA has shares in production facilities and concessions in, among others, Germany, Norway, Denmark, Egypt and Algeria.

In Egypt, DEA has been active since 1974. During the last three decades, the company has produced over 650 million barrels of crude as an operator in the Gulf of Suez. In 2013, DEA started production from the own operated Disouq gas development project in the onshore Nile Delta.