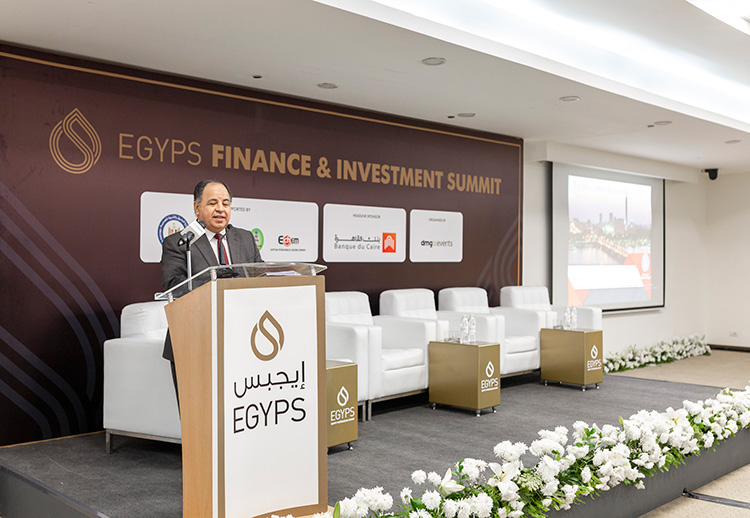 In the Egypt Petroleum Show (EGYPS 2020) Finance and Investment Summit, which was convened on the third and the last day of the show, February 13, four significant panel discussions gave insights into the financial side of oil and gas sector, motivating new investments, as well as shedding light on the government efforts to attract more foreign investments.

Kicking off the summit, H.E Dr. Mohamed Maait, the Minister of Finance, gave a keynote speech on Accelerating Investments to Fuel National Growth—the Egyptian Story. Maait discussed the latest macroeconomic developments, fiscal developments, as well as the external sector developments, affirming that such updates play a vital role in enhancing the financial prospects of the oil and gas industry.

On a global scale, the minister remarked that according to The Economist, Egypt is ranked the sixth in achieving one of the highest real GDP growth rates, compared to the Middle East and North Africa (MENA) and emerging countries.

For consumption, the minister remarked that it declined to 1.2% after recording around 4.5% in 2013/14. He stressed that “we carefully study our components contributing to GDP growth. We are happy that net exports and investments are contributing better than before. However, we are still looking at restoring the contribution of consumption to grow again. And we are taking many initiatives in this regard.”

Maait affirmed that private investments are an essential core for nourishing the Egyptian economy. Thus, “our strategy for coming years is to encourage more private investments,” the minister said, adding that “we strongly believe that the private sector has to contribute more to our economy. We rely on it in creating more job opportunities, contributing more to our GDP, and become the main driver for our growth in the coming years.”

Affirming on that, Karim Saada, Al Ahly Capital CEO, delivered another keynote speech on Overcoming Uncertainty: A Roadmap to Efficient Energy Investments during which, he tackled the various prospects of financing and supporting the Egyptian oil and gas sector. “What we do is that we inject equity,” Saada said, adding that the banking sector spares no effort to attract investments and support the business structure of oil and gas sector.

Insights into Global Oil and Gas Investment and Financing

Speaking of global issues and its impact on energy transition, Monfront began highlighting the “impressive improvement in the situation of Egypt, which means that Egypt will become again a very attractive investment destination.” Additionally, he clarified that “energy transition is a long journey. It does not happen overnight,” noting that this transition requires shifting to a decarbonized economy. To achieve this, natural gas will have a major role to play, “and Egypt is blessed with significant natural gas resources.”

Commenting on the changes occurring on the global landscape of the sector, Martin stressed that many investments were launched in terms of Environment, Safety, and Governance (ESG). She affirmed that “we start looking at the things that make us better.”

With an eye on Egypt, Ghazi remarked that there is noticeable progress in the financial side of the oil and gas sector. He stressed that “the Egyptian oil and gas industry is one of the few sectors in Egypt, if not the only one, that was able to attract substantial partners across many years.”

Furthermore, Badawi showcased the different projects that have been developed, clarifying that Egypt currently maintains a successful journey towards digitalization and technological efficiency. He highlighted that the major strategy of the sector’s progress is the Modernization Project.

Additionally, Swanson explained that “the industry base shrunk because investors did not find returns.” That is why he highlighted the collaboration and alignment that exist between governments, international oil companies (IOCs), national oil companies (NOCs) which represent a key factor in maximizing the use of their assets and increase investments’ returns.

The panelists discussed methods of encouraging finance and investment in the oil and gas sector. Lutes noted that creating a dialogue with governmental officials and policy regulators is conducive to attract investments that grow the US footprint in Egypt.

Richards commented that “47 or 48 billion euros are invested in Egypt in recent years and a big chunk of that in the oil and gas sector.”

Concerning the environment and seeing it as a key element in achieving sustainability, under the sector’s continuous development, Wahhab showcased Canada’s Clean Resource Innovation Network (CRIN) initiative to produce clean energy. She noted that this initiative will be particularly valuable in Egypt as “it is privileged by the discovery of new resources.”

On renewable energy and investment attraction, Wahhab commented on the vital role of the ministry’s Modernization Project in addressing these goals. Adding that, the ministry should further create a clearer plan to address climate change so that investors know what to expect.

Abdel Fattah commented that adopting new initiatives should be on the agenda to overcome challenges and maintain sustainable profits. On the other hand, Borai said that the role of the CFO has changed. “The growth of the company needs to shift, not to focus on the expertise itself [but on skills],” said Borai.

On digitalizing the sector, Bin Obood shared his company’s Triple One Project which aims to digitize the whole company. Consequently, Dragon Oil became 40% digitized in 2019. Bin Obood added that the company aims to be 100% automated by the end of the year.

Nasser highlighted that “Egypt is already a gas hub,” adding that Egypt is the only country in the East Mediterranean with a ready and well- constructed infrastructure.

The Summit was concluded by a roundtable discussion on Steering Investments to Achieve Economic Sustainability. Nevine Mansour, Adviser to Vice Minister for Fiscal Policies at the Ministry of Finance gave a presentation on the measures taken by Finance Ministry to contribute to the reform of the oil and gas sector. She clarified that these measures include introducing the indexation formula which takes into consideration international oil prices and the exchange rate to ensure fair pricing of petroleum products in Egypt.