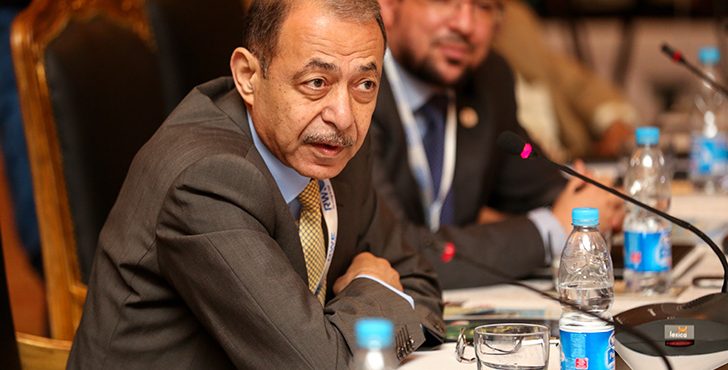 In an exclusive interview with Egypt Oil&Gas, AHMED FARID MOAAZ, Country Manager of SDX Energy Inc., discussed the rationale of oil and gas companies behind farm-in and farm-out deals. In his view, these forms of cooperation in the industry contribute significantly to the country’s business growth. Yet, for this to materialize more efficiently, there are still several key issues that the Egyptian government has to tackle in order to streamline the implicated processes and thus generate essential benefits for the country’s economy in general and oil and gas sector in particular.

Given the economic context following the floating of the Egyptian pound, the dynamic of the oil business in Egypt became informed through an increase in farm-in/farm-out deals. SDX Energy’s Country Manager, Ahmed Farid Moaaz, explained the reasons behind this recent business trend in the country, the challenges, and the future of the industry.

“When the country was perceived as politically risky from 2011 to 2014, some oil and gas companies took a decision to leave Egypt,” said Moaaz. “However, in these political processes, Egypt has proved to have a well-established, stable system in the oil and gas business, as one of a few states in the Middle East region. Egypt has been associated with the stability in the oil sector in terms of agreements that have been protected by the law,” as opposed to being exposed to its arbitrary modifications, “even when the government changed,” convincingly stated SDX’s Ahmed Moaaz.

“The only negative aspect of farming-in deals in Egypt has been a temporary inability of the government to pay off all its dues to the foreign companies regularly,” the Country Manager noted. “However, the arrears are well protected by the Egyptian law, and no government in the history of the country has ever before taken a decision to not comply with the payment obligations to foreign partners. Nevertheless, the delays did occur or there were changes in the currency, in which the dues were paid, which have turned some of the companies reluctant to continue their operations in Egypt.”

Yet, whereas “some international oil companies (IOCs) refrained from doing oil business in Egypt in the last few years, still others opted to jump in into the sector.” This was a tipping point when “farm-in and farm-out agreements started flourishing, even more so than in the previous periods,” according to Moaaz.

As he further pointed out, “the farm-in/farm-out deals, besides being a very interesting process, are also very important for the dynamic of the business, by means of which the economy of the country can grow.”

Farming In and Farming Out in Egypt

In Egypt, “there are two common ways to conclude farm-in and farm-out agreements,” summed up SDX’s Country Manager, one of which is closely related to the structures of production sharing agreements between the companies and the Egyptian government.

“In a purchase of an asset, the government and a buying company sign ‘a deed of assignment,’ which proves that the company has become the owner of the asset. When the company chooses to farm-out or sell the asset, both the farmor and farmee have to approach the government jointly again to add the name of a new company to the list of owners. This process takes about six months, which is a very lengthy procedure, and many companies are not willing to participate in this. In addition, a new clause has been added to the framework of such transactions, which is a fee of 10% of the asset sale value to be paid to the government upon the completion of a farm-out deal. This has added an extra cost to the procedure, which had not been previously factored for in the farmor’s and farmee’s calculations and has nearly suffocated the processes.”

Another scenario for the farm-out/farm-in deals, according to Moaaz, is to sell one of the companies operating under the umbrella of the mother company. These affiliated firms have their own business identities and registrations and in case of a purchase a new owner gains all the shares and all the assets of the company. The government, as Country Manager Moaaz elaborated, is no longer involved in the process.

In either case, however, purchasing a 100% share in a company represents a high burden on a smaller player. From this perspective, the farm-in/farm-out deals provide a leeway for almost all the companies, both small and large, to acquire potentially productive assets at a lower expenditure and thus guarantee to limit implicated risks through shared assets. Such a business model is preferable in the oil and gas industry, as Moaaz emphasized. Following upon a concluded deal to come together and share ownership of an asset, the involved parties sign a Joint Operating Agreement (JOA) defining the exact shares and obligations of each of the partners, which is then approved by the government.

The rationale that surrounds the farm-in/farm-out deals comes in different shapes and sizes. According to the Country Manager of SDX Energy, “some companies face financial issues, which is the main reason [for them to opt for a farm-out] or they cannot win a new concession or they evaluate their current asset without positive prospects and decide to drop it.”

“When a company’s asset is not yielding positive cash and forecast for a specific concession is negative, another larger company, with higher overheads and capital, and a different business model, may view the same concession differently,” further explained Moaaz. Global giant firms are better capable of operating certain assets than smaller companies for which these generate lower net profit due to high operating costs. The less optimistic balance sheet of costs and profits is one of the main reasons, for which companies resort to farm-outs.

Another essential reason, as Moaaz continued, is “when a company sees no up-side in a concession it possesses and forecasts low or no potential to find more producing areas.” On the other hand, in these cases, another company may estimate positive production outlook in the same field and agrees to farm in. As an example, Country Manager Moaaz, pointed to Shell Egypt that “had farmed out an area in its Western Desert concession, as the company believed that it was not worth the investment, and a Tunisian company farmed in into this relinquished area; as a result, its production amounted to $400 million worth of output.” The Tunisian farmee has concluded a successful deal.

Oil and gas companies thus clearly have a choice between, on one hand, offering an undesired area as a whole through a public tender to another company, once this area becomes uninteresting for the player’s business plan, and, on the other, selling parts of the concession zones through a farm-out deal to another firm. Bidders who may become interested in the farmed-out areas commonly first “evaluate the seismic data and choose to bid when they notice that the previous owner overlooked some existing potentials,” Moaaz noted. “This is the best thing in the oil business. There is always a chance for a company to think of a different concept for a play that the previous operator did not see.”

This scenario can also occur when the company simply decides to modify its business strategy, according to which it sells the entire asset in order to redirect its capital and capacities elsewhere, as Moaaz summarized.

Another reason for farming-in and farming-out is “high risk areas” and companies tend to choose to share these risks, which, according to Moaaz, is “a very wise policy.” “Mitigating risks by taking only a 50% share of an asset, while finding a collaborator or several collaborators to split the remaining 50% in these risky areas, can sustain operations for longer,” he explained.

Financial difficulties that the companies may face, rendering them unable to continue developing their plays, unoptimistic prospect of the assets, or an objective to mitigate risks are the key factors that motivate farm-in/farm-out agreements.

For these agreements to generate the desirable effect, the wordings have to be “very clear in defining responsibilities and accountability of the operator and non-operator(s),” Moaaz further stated. The clarity of the farm-in/farm-out agreements can be achieved through several steps, most importantly, “there will always be a Joint Operating Agreement (JOA) signed between the partners,” that will frame any future cooperation.

In addition, “the farming-in companies have to do their due diligence in the process to not overlook any items of the deal and in order to be aware of the exact financial commitments that would arise from the agreement, as there are always issues behind the deal such as taxes, liabilities,” revealed Moaaz. To illustrate this point, he further pointed to a recent example of an unnamed company that has gone bankrupted over a farm-in/farm-out deal in Egypt. The company was interested in farming in into an asset of a more senior operator in Egypt, yet, after the deal between the companies was stricken, the company could not have acquired necessary approvals from the Egyptian petroleum authorities. Therefore, as he stressed, for a successful completion of such a deal, “knowing how to do the legal process is more important than anything else.”

There is no hesitation as to the fact that farm-in/farm-out scenarios can be profitable to both parties, as SDX’s Country Manager said, explaining the financial benefits of the deals in more details amidst the existing and possible challenges. Hence, for a deal to be successful, “the farmor has to evaluate the asset value and identify its target for such a sale to meet the desirable objectives.” On the other hand, “the farmee has to be absolutely sure about its economic model as in the purchase expenses and the costs of the process itself, as well as about its future plans and calculations regarding the costs and profits that the asset can generate.” Having a diligent economic model for the entire process and purchased asset with all external and internal financial factors carefully calculated, mitigates the risks of the agreement.

As Moaaz affirmed, “even though some of the external factors cannot be forecast and they are not under one’s control, yet, the companies have to have some kind of a vision as to how the market may shift and what may happen.” It is, therefore, that Ahmed Moaaz recommends “the economic model should include sensitivity for oil prices to be able to tell where a breaking point is.” Furthermore, “it has to include the factor of possible problems with receivables from the government and the consequence of failure” against the initial project plans and the outputs predicted.

In other words, the economic model itself is fully under the control of the farming-in company, and market indicators can bring in optimistic results. Therefore, speaking of external economic factors in the Egyptian context, it is to be noted that the recent floating of the currency in November 2016 has “affected everybody” from among investors in a positive sense, as the business environment resulted in all oil and gas players gaining extra capital. In this regard, the floating has immensely contributed to the oil and gas business in the country and, as Ahmed Moaaz stated, “the floating of the pound has been even more encouraging for the farm-in processes.”

Nonetheless, with a future prospect in focus, “the [farm-in/farm-out agreements] process needs to be optimized here in Egypt as there are still many issues that need to be addressed and streamlined. The government can facilitate these improvements through educating people in the processes and shortening the present timeframe for the agreements,” Ahmed Moaaz concluded.