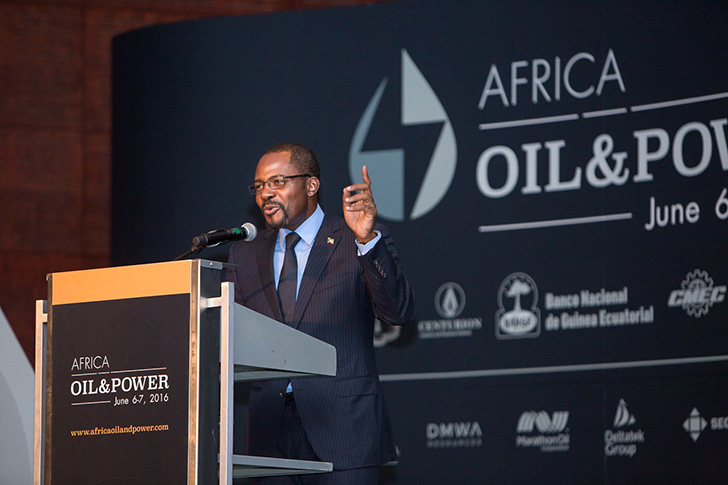 Equatorial Guinea joined in May the Organization of Petroleum Exporting Countries (OPEC). The numbers of oil production and revenues, the country’s location, and the prosperous prospects of being OPEC’s newest member grant the country key aspects to turn Equatorial Guinea into an open door to investments in the petroleum sector.

The nation is the third largest oil producer in sub-Saharan Africa with reserves estimated at 1.1 billion barrel of oil in 2015. In the same year, its oil production was estimated at 289,000 barrels per day. The significant reserves led Equatorial Guinea’s oil and gas industry to become a main factor in the national economy, which was previously based on agriculture.

The sector, however, despite seeing some increase in investment, did not receive a significant boom due to the lack of fair economic environment. As much as three-quarters of the country’s population lives in poverty, and the government has been widely criticized for its unfair distribution of oil revenues. As such, building up a panorama of the country’s future prospects requires firstly to know the main factors that pull the petroleum industry together in the nation along with the risks that resolve its investments.

During an OPEC meeting held in May in Vienna, Equatorial Guinea was announced the fourteenth member of OPEC. The country’s Minister of Mines and Hydrocarbons, Gabriel Mbaga Obiang Lima, stated that Equatorial Guinea’s participation in the cartel is a triumph.

He said, “This is a proud moment for us. There has never been a more important time to stand together, and it is our honor to stand with OPEC as a positive force in global energy. We will use this platform to advance the interests of all African oil and gas explorers and producers and all OPEC members.”

In line with the Organization’s target to cut oil supplies and rebalance barrel prices, Equatorial Guinea pledged to cut its crude output by 12,000 barrels per day from its production in 2017.

Besides being part of OPEC, the discovery of offshore concessions also attracted some investors who seek profiting from oil and gas. The Standard Trade Portal informed that “foreign direct investment (FDI) inflows into the country have thus been consistently high – around $2 billion – for the past years. In 2014, FDI inflows amounted to $ 1.9 billion.”

Furthermore, the government has worked on new facilitations to attract investors. It has offered variable taxes and continued to sign new partnerships for works in the oil and gas sector. The United States is the main investing country, followed by China and France.

However, the lack of fair economic environment has at the same time discouraged some investors from injecting their projects in the country. According to 2016 Doing Business report published by the World Bank, “Equatorial Guinea ranked 180th out of 189 countries” in foreign investments. This low rank affects investors’ decision toward the oil and gas sector badly.

Corruption and lack of transparency are also major obstacles that draw back the growth of the industry. According to the Resource Governance Index, the nation had a falling score of 14 in business’ transparency. “Some information on the licensing process is available before and after negotiations, but contracts are not published,” reported the Natural Resource Governance Institute, adding that the government does not publish exact information about revenues.

Additionally, Equatorial Guinea has a low score in safeguards and quality control as there is no evidence that the government checks those controls or monitors the contracts. Thus, conducting business in the country represents some risks, which any prosperous economy is trying to avoid.

With their large oil and gas production rates, the nation has been one of the largest exporters in Africa. The high production is certainly leading existing fields to mature and the unstable environment that pushes investors away impose an enormous roadblock to new discoveries.

Exports and Production of Main Fields

The oil and gas that drives the Equatoguinean economy comes from three main fields: Alba, Ceiba, and Zafiro, all of which are located offshore.

As reported by African Business Magazine, until the new millennium, the government did not make the best use of hydrocarbon reserves in deep-water areas because of the high cost of exploration and the lack of technology. However, the country has mitigated these obstacles by using floating production storage and offloading (FPSO), which paved the way for some discoveries in the Guinean gulf.

The African nation counted with a production of only 5,000 barrels per day in 1995, but it highly increased after using FPSO in their biggest field, Zafiro. The Equatoguinean Ministry of Mines, Industry and Energy reported that the Estimated Ultimate Recovery (EUR) from the Zafiro field is 1.199 billion barrels.

The field produces oil and gas, which are separated after extraction. The state manages 20% stakes in the field and its production sharing contracts is managed by the state oil company GE Petrol. As expected, Zafiro’s production is currently decreasing as the field matures.

According to the ministry, Ceiba field compromises 16 producing wells and 12 water injector wells. The field reached its peak production of 72,000 barrels per day in 2001. Yet, as Zafiro field, it faced a decrease in output to 19,400 barrels per day.

The third main field is Alba and it is the largest gas field in Equatorial Guinea with gas reserves estimated at five trillion cubic feet. In 2001, the field produced 195 million cubic feet per day. As reported in the ministry’s official website, after Marthon oil, an American oil corporation, acquired CMS interests in Equatorial Guinea, it expanded oil and gas production and provided gas handling facilities that enabled gas production in Alba to increased to reach 850 million cubic field per day in 2011.

Overall, according to African Business Magazine, “since national output reached 380,000 barrels per day of crude oil and condensates in 2008, it has fallen slightly since then and will decline gradually from now on unless new discoveries are made to supplement proven reserves of 1.1 billion barrels.”

Although the decline in oil production due to mature fields is still not drastic, Equatorial Guinea needs more discoveries to preserve their status as being one of the largest oil producers and exporters. It is also necessary to have more discoveries as the country’s economy is reliable on oil and gas revenues.

The development of the oil and gas sector has full potential of changing the country into one of the leading countries in the region, but it depends on how Equatorial Guinea is going to deal with its reserves and how it would beat the obstacles that make it seem as an undesirable market.